At the inaugural Overlook Film Festival, producer Jason Blum and Goldsman explained the history of the project and why they're keen on revisiting King's 1980 novel. 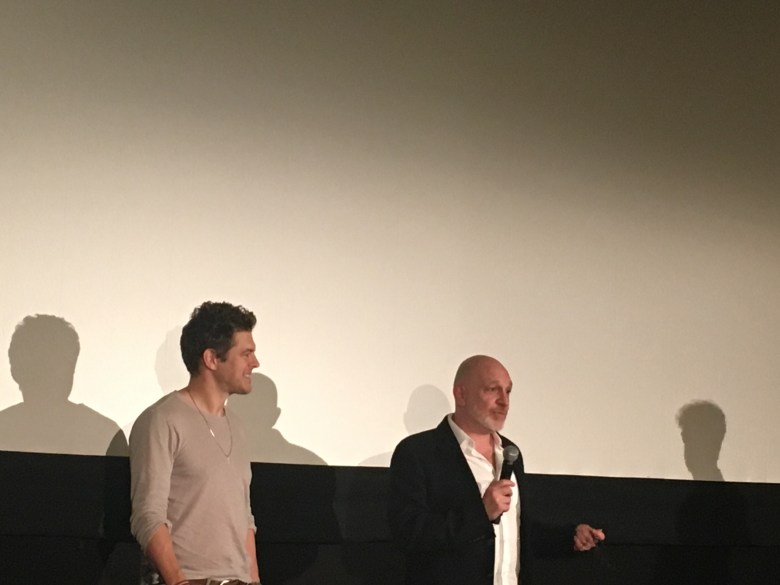 Jason Blum and Akiva Goldsman at the Overlook Film Festival

Akiva Goldsman may be best known as an Oscar-winning screenwriter whose credits include “A Beautiful Mind” and “Cinderella Man,” but he appears to have found a second act as a horror director. At the inaugural edition of The Overlook Film Festival, a horror film festival taking place at the Timberline Lodge in Mt. Hood, Oregon, Goldsman premiered “Stephanie,” the low-budget supernatural horror film that he directed for Jason Blum’s Blumhouse Productions.

After the screening, Goldsman and Blum shared some breaking news with the audience: The pair would be teaming up again for a new adaptation of “Firestarter,” Stephen King’s 1980 novel about a young girl with pyrokensis and the government agency on her trail.

“No one knows about this at all,” said Blum, who also received the festival’s Visionary Award for his support of horror films. “Akiva and Stephen King have a long relationship. We wouldn’t do it unless he had blessed it.” Blum noted that King would also have a producing credit on the production. “He wouldn’t do it unless he trusted Akiva’s hand with it,” Blum said. “We’re already working on it and now it’s official.”

Goldsman is writing the script with Scott Teems (“Rectify”), and the filmmaker was quick to point out that they would be focusing on the original novel, rather than the earlier 1984 adaptation. “We’re going to be looking back to the book to do it well,” Goldsman said. “We have tremendous love for the original object. Scott is a wonderful writer…He’s typing very fast because there’s a writers strike coming. We’re really looking forward to attending the text the way it was written.”

The movie is a logical next step for Goldsman after “Stephanie,” which also focuses on a young girl (Shree Crooks, “Captain Fantastic”) with dangerously powerful abilities to control the world around her with her mind. “A lot of it came from working with someone like Shree who can remind you that children can hold the screen,” Goldsman said.

At the Q&A following the premiere of “Stephanie,” which opened the Overlook, Blum recalled that he first met Goldsman when the pair briefly discussed the possibility that he would direct “Paranormal Activity 2.” Instead, Goldsman wound up working as a consultant on several movies in the franchise. “We really were like a family making these movies,” Blum said. “It was super-fun to work together.”

The announcement comes on the heels of a big year for Blum’s production company, which found two major box office successes in 2017 with M. Night Shymalan’s surprise “Unbreakable” sequel “Split” (soon to be followed in 2018 by “Glass”) and Jordan Peele’s “Get Out,” the highest-grossing film directed by an African American filmmaker in history. Additionally, Blumhouse recently announced plans to resurrect the “Halloween” franchise, with a new installment being written by David Gordon Green and Danny McBride.

This Article is related to: Film and tagged Akiva Goldsman, Blumhouse, Stephen King