The production will include new material written by author Margaret Atwood, read by Claire Danes. 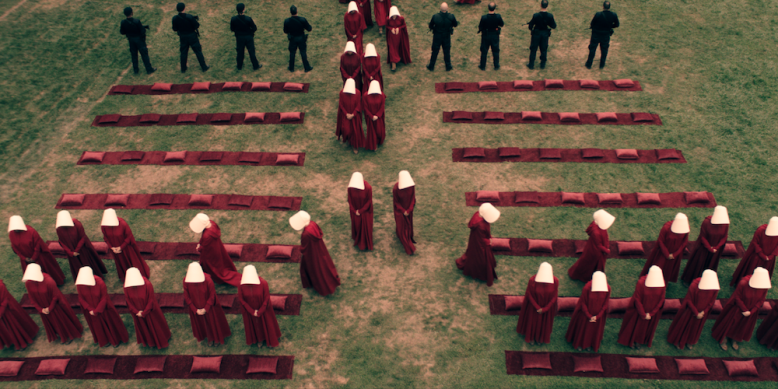 With so much of today’s politics surrounding the agency of women, there is no better time for “The Handmaid’s Tale” to emerge as a mirror to society — an outcry against legislation hindering women’s reproductive rights. In anticipation of Hulu’s release of “The Handmaid’s Tale,” Audible has released a special edition of the classic novel starring Claire Danes and featuring new original material written by the novel’s author Margaret Atwood.

Audible has released an exclusive clip of the production, with Claire Danes in the role of Offred, who will be played by Elisabeth Moss in the Hulu series.

The Margaret Atwood novel tells the story of a future dystopian society in which women have become property of a theocratic government of which they are force to breed for. The clip finds Offred lamenting her place as a handmaid.

Audible’s release of the classic dystopian novel is updated with original content and will feature “rich sound design that honors the audio origins of Atwood’s story.” The special edition also contains an extension of the story’s epilogue “offering an all-new interview with Professor Piexoto performed by a full cast, as well as a brand-new afterword from Margaret Atwood and an introduction written by author Valerie Martin.”

The special edition of “The Handmaid’s Tale” will be released by Audible April 4. The Hulu adaptation of the novel starring Elisabeth Moss will be available to stream April 26. Check out an exclusive clip from the Audible edition of the novel above.

This Article is related to: Television and tagged Claire Danes, Hulu, Margaret Atwood, The Handmaid's Tale