The three men shared possible plans for a second season and real-life prison stories during an FYC panel discussion on "The Night Of." 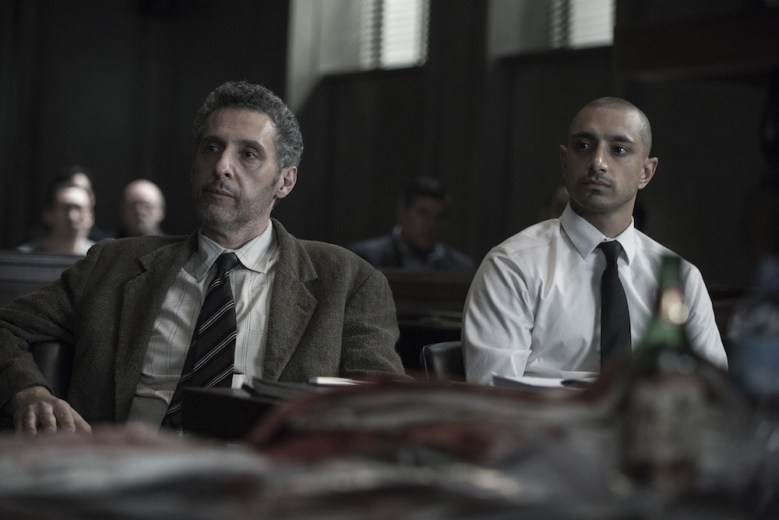 “Big Little Lies” isn’t the only HBO limited series fielding demands for more seasons. “The Night Of” set the TV landscape on fire when it debuted in the summer of 2016, and people are still hot to see more nearly a year later.

Speaking at an Emmy For Your Consideration event in North Hollywood on Thursday night, co-creator Steven Zaillian, joined by stars Riz Ahmed and John Turturro, was asked whether or not Season 2 was a possibility.

“My client pleads the fifth,” joked Turturro, who played defense attorney John Stone on “The Night Of.”

“Listen, we would love to do it,” Zaillian said. “And when I say ‘we,’ I mean [co-creator] Richard Price and myself. If we can come up with something that we fall in love with, we’ll do it. If we don’t, we won’t.”

Zaillian did not elaborate on who else might be involved in the new season, or whether or not Ahmed and Turturro’s characters were being considered. In January 2017, TVLine reported that Zaillian and Price were “trading ideas” about a follow-up season, and HBO programming president Casey Bloys was “very optimistic” they’d come up with something to take forward.

It’s a few months later, and they’re still working, but all parties remain eager to revisit the acclaimed crime drama.

During the rest of the panel, participants discussed everything from the importance of John Stone’s cat (whose real name is Bam Bam) to how the script changed over years of development. First shot with James Gandolfini playing Stone, the project was put on hiatus when “The Sopranos” star passed away just a few months following the pilot’s completion.

Turturro, who replaced Gandolfini two years later, said he did go back and watch the original pilot. “I watched it with one eye closed,” he said, noting how he was quite close with the late actor and even spoke to Gandolfini’s wife before taking the role.

“I did think of him a lot,” Turturro said. “It was an extra incentive to do a great job.” Ahmed, who held onto the role after shooting with Gandolfini, described how he didn’t know anything that happened in the series after the first hour for two years. Once he got the scripts for episodes two through eight, he had only one thought:

While some may have thought Ahmed’s casting was a conscious attempt to diversify a New York story adapted from a British crime series (“Criminal Justice”), Zaillian said they only cared about being authentic to the character.

“We didn’t do it to tell an immigrant story,” Zaillian said. “That’s who [Nas] is. We weren’t chasing the headlines. The headlines caught up to us.”

Zaillian also noted just how difficult it was for them to get certain details right. Determined to be as authentic as possible, Zaillian not only found a way to visit Rikers Island and courthouses in New York City, but he made sure the production team got to see them as well.

“And the only way to see them is to get arrested,” Zaillian said.

Turturro, however, didn’t need to spend a ton of time in jail to get into character because he’d already been there. After Zaillian mentioned how prisoners were moved to other cells while they shot “The Night Of,” the actor recalled one of his early jobs on William Friedkin’s “To Live and Die in L.A.,” where prisoners were actually cast in the movie.

“I had an advisor,” Turturro said. “He was a murderer.”

Turturro remembered inmates yelling at him while he was acting, mocking him mercilessly and blowing him kisses. “You ain’t shit!” he remembered hearing as the prisoners watched him perform.

“He killed two other people while he was in jail, and he was my advisor,” Turturro said. “I will never forget my experience in there. Just being locked in there with those guys.”

“The Night Of” is available to stream on HBO Now.

This Article is related to: Awards and tagged Emmys, Riz Ahmed, Steven Zaillian, The Night Of