From intimate conversations to behind-the-curtain peeks at the industry, the festival offers up bevy of exciting special events. 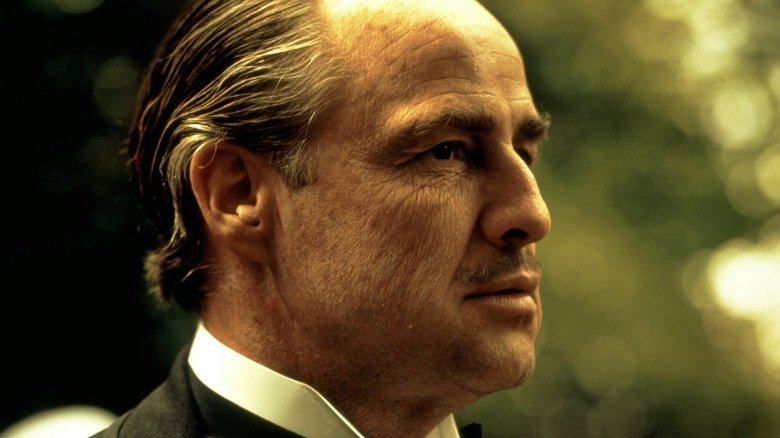 Each year, the Tribeca Film Festival fills out its schedule with a variety of events that extend far past the typical film fest fare, including their signature Tribeca Talks program and a continuing bent towards the possibilities of Virtual Reality. This year’s slate is no different, offering up intimate chats between industry luminaries (did you know that Robert Rodriguez and Barbra Streisand are pals? they are!) and special screening opportunities for projects both new (Ken Burns and Lynn Novick’s “The Vietnam War”) and classic (a “Godfather” one-two punch). There’s a little something for everyone here.

This year’s Tribeca Film Festival takes place April 19 – 30. Check out some of our must-attend events below.

Friday, April 21 at 5:00PM
The must-see event at Tribeca’s Directors Series is “Iron Man” director Jon Favreau’s Q&A with fellow Marvel player Scarlett Johansson. She’s not only an Avenger in her own right, thanks to her turn as Black Widow, but she also starred in Favreau’s indie comedy “Chef” and voiced cobra Kaa in his global family blockbuster “The Jungle Book.” Both are whip-smart and funny and hopefully will skip the usual presentational/promotional platitudes that go with such public appearances. -Anne Thompson Saturday, April 22 at 2:30PM
One of the must-see conversations from this year’s batch of Tribeca Talks will feature Academy Award-winning filmmaker Alejandro González Iñárritu discussing films including “Amores Perros,” “21 Grams,” “Beautiful,” “Babel” and “The Revenant.” The first Mexican filmmaker to have been nominated for the Best Director and Best Producer Academy Awards and one of only three directors to win consecutive Oscars, Iñárritu also recently completed “Carne y Arena,” a virtual reality installation and the very first VR project ever chosen for the Official Selection of at the Cannes Film Festival. The six-and-half-minute solo experience features a large, multi-narrative light space with human characters. -Graham Winfrey

Saturday, April 22 at 8:15PM
Kathryn Bigelow tackles VR. In addition to it being fascinating to see how the master of immersive camera movement adapts to virtual reality, this subject matter is a passion project for the Academy Award-winning director. In Garamba National Park, the rangers are the last line of defense against poachers seeking elephants’ ivory tusks and as a result live in constant danger. “Protectors” will be one of the 29 projects you can see at Tribeca’s Immersive Virtual Arcade, while Bigelow will also talk about the project with her collaborator and VR guru, Imran Ismail, at a special Tribeca Talks on Saturday night. -Chris O’Falt

Tuesday, April 25 at 6:00PM
Now that “Girls” has ended its six-season run, have we said all we needed to say about the iconic HBO comedy? Hell no. And so the opportunity to watch creator Lena Dunham and executive producer Jenni Konner discuss the sometimes-controversial but always fascinating series with the super-smart America Ferrera might give you the closure you need following this week’s finale. Or, at the very least, you’ll get to hear two of television’s most unique voices offer up a little insight into what made “Girls” the conversation starter we’ll remember fondly. -Liz Shannon Miller

Friday, April 28 at 5:00PM
Tribeca’s bent towards music-based programming — look no further than this year’s opening night event, which boasts a Clive Davis doc and a post-screening performance from some of the hitmaker’s biggest stars — has become one of its signature elements. Marrying that with their Tribeca Talks series, which always seems to snag the brightest stars for sit-down chats, is kind of a no-brainer, and coming out guns glazing with Brrrruuuuuuce! and also Tom! makes for one can’t-miss event. The longtime pals will chat it up, and given that the event takes place at NYC’s own Beacon Theatre, the odds that Springsteen regales with a few songs seems pretty high. -Kate Erbland

“The Vietnam War” Screening, with Filmmakers Ken Burns and Lynn Novick in Conversation

Friday, April 28 at 5:30PM
Ken Burns and his producing partner Lynn Novick will discuss the making of “The Vietnam War,” following a sneak peek of the 10-part, 18-hour documentary. While a mere conversation could not possibly encompass the 10 years of hard work that it took to make the doc, Burns is always enlightening to listen to since he’s an eloquent and thoughtful speaker. Possible topics would include the difference in narrative told in the ‘60s and ‘70s as opposed to what the filmmakers learned today, the efforts it took to interview nearly 100 people, how the divisive quality of the war still affects our country today and the decision to collaborate with Academy Award-winning composers Trent Reznor and Atticus Ross. -Hanh Nguyen

Saturday, April 29 at 1:00PM
There are certain advantages to having Robert De Niro as one of the co-founders of your film festival. For example, when the 45th anniversary of “The Godfather” rolls around and everyone is angling for some sort of special reunion event, De Niro is a pretty decent guy to have in your corner. Yes, Francis Ford Coppola’s immortal trilogy is four-and-a-half decades old, and Tribeca is pulling out all the stops to celebrate it (or at least to celebrate two thirds of it). Beginning at 1:00PM on Saturday, April 29, Radio City Music Hall will be screening “The Godfather” and “The Godfather: Part II” back-to-back. And then, when that’s over, the evening will conclude with an intimate on-stage conversation with Coppola, Al Pacino, Robert Duvall, James Caan, Diane Keaton, Talia Shire, and Mr. De Niro himself, moderated by Taylor Hackford. Short of resurrecting Marlon Brando, this is about as good as it gets. -David Ehrlich

Saturday, April 29 at 6:00PM
Need we say more? This pairing for the ages baffled more people than “Up the Sandbox” did when it came out in 1978. The original diva herself is a notoriously aloof interview (when Rosie O’Donnell asked her if she ever looked up to anyone the way Rosie did to her, she said: “Not really”), but if anyone can get her to open up, it’s her friend Robert Rodriguez. Streisand is reportedly an admirer of the “Sin City” director, a musician in his own right who composes for his films. If he knows what’s good for him, he’ll start with a lot of flattery, and keep the discussion on Streisand’s work as a director. The “Yentl” director is attached to her first new film project since 1996’s “The Mirror Has Two Faces,” an as-yet-untitled project about the tumultuous love affair between photographer Margaret Bourke-White and the novelist Erskine Caldwell. -Jude Dry

Ongoing
More often than not, some of a podcast’s best discussions, arguments, special segments and retrospectives happen in front of a live audience. Aisha Harris’ “Represent” (one of our picks for the best film-related and film-adjacent podcasts) and “Gilbert Gottfried’s Amazing Colossal Podcast!” will both host special editions of their shows for the assembled Tribeca crowd. For those interested in a peek behind the curtain of the pod development/production process, the team behind ESPN Films’ upcoming “30 for 30 Podcasts” project will give some extra insight into how they plan to extend the established storytelling brand into the world of audio. With first-listens of the opening two series under the “30 for 30 Podcasts” banner, it’ll be our opening idea of what will surely be one of the summer’s most popular new shows. -Steve Greene

Ongoing
The VR bar or arcade is becoming a standard feature at most film festivals, but Tribeca has become a major platform for nascent medium and will not only be showcasing some of the biggest names in VR, but premiering them as well. Most of the 29 VR projects are musts for 360 enthusiasts, but highlights include Penrose’s follow up to their groundbreaking “Allumette” (“Arden’s Wake”), a woman’s unreliable narrative of an intense trauma (“Broken Night,” starring Emily Mortimer), Felix and Paul’s tour of the Obama White House (“The People’s House”), and a VR companion piece – created by the artists behind  “Notes on Blindness” –  to a Sundance documentary about a woman’s battle with chronic illness (“Unrest”). The video arcade will run for April 21 – 29, $40 tickets allow you entry for specific three hour windows. -CO

This Article is related to: Film and tagged Festivals, Tribeca 2017, Tribeca Film Festival