From “Riverdale” to “Top of the Lake,” these mystery series are the descendants of the iconic series. 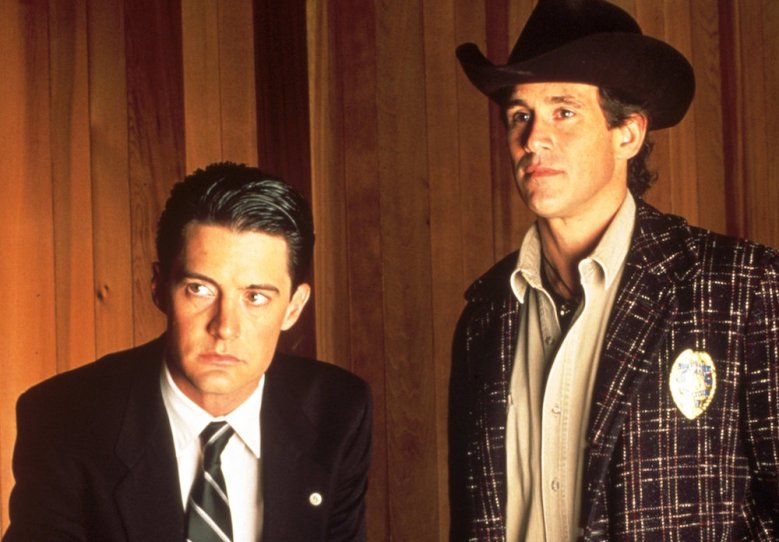 It’s been more than 25 years since “Twin Peaks” first rocked ABC’s airwaves with the question of “Who killed Laura Palmer?” and made it clear that David Lynch was a master of television as well as film. While the auteur is returning with a revival series that picks up a quarter-century after the events of the original, we don’t have to only watch Showtime to get that “Twin Peaks” vibe.

Although the series only ran two seasons, the show has influenced countless of TV shows. The most obvious homages feature a central murder mystery that unearths the sordid underbelly of a small town. Wonderfully bizarre characters and dreamy, borderline nightmarish elements may also be hallmarks of a Lynchian homage.

READ MORE: ‘Twin Peaks’: How David Lynch Kept Details of the Year’s Biggest Revival a Secret Even From His Own Cast

Most recently, The CW’s “Riverdale” cited “Twin Peaks” as an inspiration for its updated Archie Comics-based series, in which Archie and the rest of the Riverdale High gang are pulled into a mystery when one of their own is found dead.

“We did kind of pitch it as John Hughes via ‘Twin Peaks,’ kind of as a mashup,” executive producer Roberto Aguirre-Sacasa said at a press screening earlier in April. “So I’m really glad we came out before the new ‘Twin Peaks’ came out. But I think we’re not hiding or ashamed about the influence. That’s one of my favorite TV shows and Sarah Schechter, who’s another one of the executive producers on this, she loves that. So when we figured out that that was maybe a way to separate [‘Riverdale’] from other coming-of-age shows, we kind of just ran with it.” The most obvious link is star Madchen Amuck, who had played the teenager Shelly in “Twin Peaks” and now plays Betty’s mom Alice on “Riverdale.” In one scene this season, Alice slices into a cherry pie, a dessert that Agent Cooper rhapsodized over in the pilot of “Twin Peaks.”

“James DeWille wrote it into the scene. I remember, I think it just said pie or something in the script, and when we were doing the tone meeting, which is when the director and everyone gathers to talk about the script, when we got to that scene, the prop guy was like, ‘Is that an apple pie Americana?’ James was like, ‘No! It’s cherry. It’s a red pie because of the Blossoms and ‘Twin Peaks’ and blood.’ … It was very intentional.”

“Riverdale” takes much more inspiration from “Twin Peaks” than just delicious fruit pastries though. Take a look at some of the best shows, including “Riverdale,” and how they’ve been influenced by Lynch’s iconic series. Although this is a prequel to “Psycho,” the stylistic influences of “Twin Peaks” are evident in its serpentine storytelling and danger lurking beneath the surface. Its claustrophobic setting, the horrifying murders, characters full of secrets — beyond young Norman (Freddie Highmore) — and toxic relationships echoed much of Lynch’s series. The first season of the British series starts very similarly to “Twin Peaks,” in that the small, close-knit town of Dorset is reeling from the death of an 11-year-old boy. Detective Inspector Alec Hardy (David Tennant) is called in as an ousider to help investigate and uncovers deep secrets in the town. However, while the setup is very similar to “Twin Peaks,” the tone is more grounded and less whimsical. Instead of revolving around a central murder, “Desperate Housewives” kicked off its series with the unexpected suicide of one of the supposedly perfect housewives who lived on Wisteria Lane. The comedy-drama kept the tone far lighter than “Twin Peaks,” while really wallowing in the soapy underbelly of the seemingly ideal neighborhood. The central murder of teenager Rosie Larsen (Katie Findlay) is similar enough to Laura Palmer’s death on “Twin Peaks,” in how the investigation reveals that there are far darker stories going on in the town than expected: Besides following the police investigation, the series also focused on the family’s grief and a political election that is somehow intertwined with the killing. And the series’ addictive storytelling gained even more “Twin Peaks”-esque notoriety when the first season finale ended without revealing the murderer’s identity. When high school star athlete Jason Blossom is found dead in the sleepy, borderline incestuous town of Riverdale, Archie and all of his classmates somehow get involved with trying to find the killer. Moreover, their parents are all complicit in some scandal or another, and it’s very likely someone everyone knows well is behind the murder. Like “Twin Peaks,” the series brings out all the quirkiest and nastiest aspects of Riverdale’s residents for this lurid murder mystery.

“Top of the Lake” (Netflix) “Top of the Lake”

Jane Campion’s haunting series stars Elisabeth Moss as a detective in New Zealand who is investigating the disappearance of a 12-year-old pregnant girl. Layered and unexpected, the series doesn’t follow a specific formula but is all the more powerful for it. Like “Twin Peaks,” it takes an unfathomable crime to start revealing what’s beneath the surface. The teen noir mystery drama starred Kristen Bell as the title character, who moonlighted as a private investigator in the fictional seaside town of Neptune under the tutelage of her detective dad. Each episode, she solved standalone cases, along with diving into a season-long mystery arc: In the first season, Veronica got involved in a larger conspiracy when her best friend, Lily Kane, was murdered. The teen girl’s killing in a small town full of residents with secrets shows its “Twin Peaks” roots, but Veronica was far sassier than Agent Cooper ever was. The series follows in the footsteps of “Twin Peaks” in how nutty but also deadly the situation Secret Service agent Ethan Burke (Matt Dillon) finds himself in, when he tries to track down the disappearance of two fellow agents. Instead of answers, he finds himself stuck in the seemingly idyllic town of Wayward Pines by an electrified fence. Like “Twin Peaks,” “Wayward Pines” is melodramatic and just a touch surreal, thanks in part to episode directors like M. Night Shyamalan and Zal Batmanglij.

The “Twin Peaks” revival series will premiere on May 21 on Showtime.

This Article is related to: Television and tagged Broadchurch, Riverdale, Top of the Lake, Twin Peaks