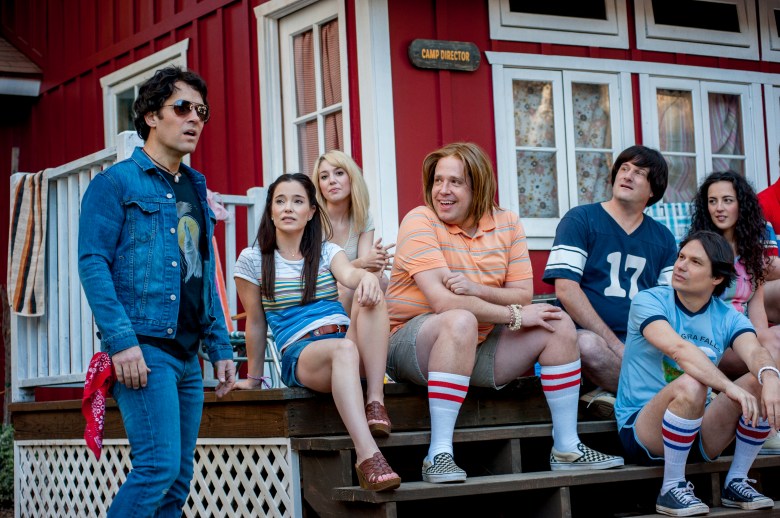 Released with little fanfare in 2001, “Wet Hot American Summer” took its time to reach the cult status the film now enjoys, but its inane appeal has only grown in the years since. As if a successful Netflix reboot wasn’t enough, fans of the nostalgic cringe comedy have launched a Kickstarter campaign to design and sell a roleplaying game to live out their summer camp fantasies, titled “Wet Hot American Summer: Fantasy Camp.”

The first and only official “Wet Hot” game, “Fantasy Camp” will feature exclusive new material from creator David Wain, as well as cast members Michael Ian Black, Joe Lo Truglio, and Marguerite Moreau. Players can choose a favorite character to inhabit as they attend the fictional Camp Firewood as they attempt to save the day, get some action, or win the talent show. Humor magazine The Devastator is behind the insanity, and vouches thoroughly for their own super fandom throughout the Kickstarter pitch. Donate here if you can’t wait to roll your very own 20-sided die.

This Article is related to: Film and tagged Kickstarter, Wet Hot American Summer