The gap between the AMPTP and the WGA is steep, but the studios can't continue to cut writers out of an ever-changing media landscape. 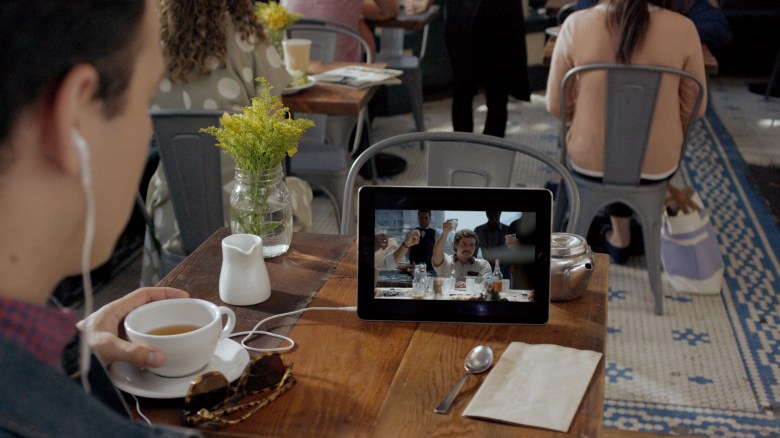 Like all labor disputes, the WGA’s strike threat is meant to ensure its members get an equitable share of profits. However, this one contains a particularly potent strain of deja vu. As they did 10 years ago, and even 30 years before that, studios argue that writers want in on a market that doesn’t wholly exist.

The gap between writers’ and producers’ terms are massive: Entertainment lawyer Jonathan Handel crunched the numbers for The Hollywood Reporter and estimated the gap to be somewhere in the region of $350 million. The healthcare issue is particularly staggering, with Variety reporting the WGA’s 2020 projected deficit alone to be $65 million.

It sounds dire. Only this time, the public’s rapidly evolving viewing habits could give writers the upper hand.

In 1985, the WGA went on strike over the then-burgeoning home video market based on selling tapes to stores for close to $100 a unit for public rental. Studios held tight to their .3 percent residual payout, arguing that writers wanted to share in a developing market that they hadn’t figured out how to monetize. And then, for the next 22 years, home video was the economic story of Hollywood. VHS tapes became cheap to manufacture and video stores grew nationwide, setting the table for the DVD boom. In the ’00s, DVDs sales were the studio profit center. One copy of a DVD in every outlet of the three major video store chains was worth $4 million. A movie in theaters only needed to be a breakeven affair; the real money lay in having a well-known title fill a wall at your local Blockbuster. Meanwhile, the consumer-friendly price of DVDs led to extensive home libraries, which made studios’ own libraries increasingly valuable.

By 2007, writers were thoroughly burned by DVDs and could see the internet was the future home entertainment profit center. With iTunes just starting to get into movies and television shows, and many of the major studios being owners of Hulu, writers were steadfast in their demand for a cut of of VOD revenue and ad sales for TV programming that was streaming for free.

Again, studios claimed writers came to the party too early; Hollywood hadn’t figured out how to monetize their content on the internet. Ten years later, it’s clear there was some truth to that: No one projected subscription video on demand services like Netflix would drive a boom in original television content that doesn’t even pay residuals.

Today, writers are staring down yet another changing landscape driven by technological advances in home entertainment. Premium and basic cable, along with SVOD players like Netflix and Amazon, are driving a massive and unparalleled rise in scripted television, with a 40% increase in scripted union shows in just the last two years. However, this trend in “quality TV” also means shorter arcs of six to 13 episodes as a new phrase enters our media lexicon: limited series. Quality over quantity rules as top film talent floods TV in an effort to make it more “cinematic.” That’s good for movie folks, since studios now make fewer than 100 films a year, most of which are blockbusters that can provide only a very small percentage of the WGA with large paydays.

READ MORE: Every IndieWire TV Review of 2017 Shows, Ranked from Best to Worst By Grade

The result is writers are locked into exclusive TV deals that pay less and forbid them from taking other work. As they demand contract flexibility and increased minimum salaries, including what gets paid per teleplay, the studios say… you guessed it, writers are too early and want to discuss a market that’s in the middle of upheaval. This time, however, it’s a little different.

Let’s imagine there’s a strike. Original content is severely cut. On which are you more likely to rely for entertainment: your seemingly endless Netflix queue, or your near-empty cable DVR? And that is why the big networks/studios will be motivated to get a deal done. Non-signatory Netflix doesn’t need to be in the negotiations to be in the room.

Theoretically, the scripted-TV arms race should not hurt writers. While studios are still very much grappling with their economic models in an age of Netflix, they are no longer in the position to tell writers, “Wait until we figure it out.” Beyond the trust element, this time it’s the public that has put the studios at a disadvantage.

The 2007 strike hurt the studios, but it was at a time when cheap reality TV was king and scripted television struggled. Today, reality television is a mature business, the public can’t get enough golden-age TV, and they’re no longer tethered to their cable boxes or their living rooms. Big players can’t afford another reason for people to cut the cord.

With profits solid, and advertiser upfronts starting in two weeks, studios may be forced to be open to the idea they need to enter the brave new world having already cut the writers in on unknown new profits.

This Article is related to: Television and tagged Netflix, WGA, Writers Strike