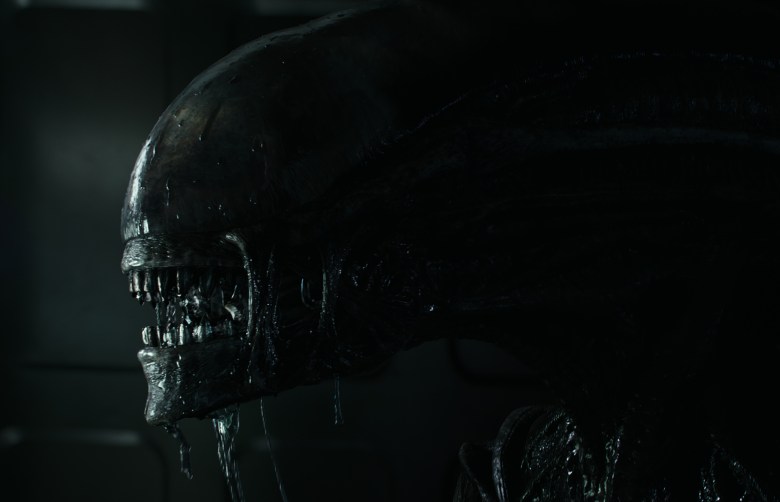 For “Alien: Covenant,” Ridley Scott not only redesigned H.R Giger’s iconic Xenomorph creature from the first movie, but also unveiled the new Neomorph. They’re a fascinating study in contrast (and brilliantly animated by MPC), especially in light of the director’s passion for sentient life forms.

The Xenomorph contains a subtle shift between fleshy skin and a harder exoskeleton, while the Neomorph offers more humanoid qualities with its elegant simplicity. Yet it packs a deadly bite with a double-jointed, protruding jaw, which strikes without warning.

However, there’s at least one tender moment, in which Michael Fassbender’s android gazes upon the Neomorph and blows on his face the way you’d blow into the nostril of a horse. It’s a mutual fascination between creator and creation that’s pure Scott — and one that binds together “Alien” and “Blade Runner.”

The Xenomorph’s key-framed motion by MPC was based on praying mantis for agility and speed, tiger for weight, and primate and greyhound jumps for locomotion. While Scott utilized alt versions of guys in suits and sculpts for atmosphere during pre-production (a few close-ups were actually used in the movie), the creature work was all CG,

“Ridley studied reference of muscles of the body without skin,” said Charley Henley, the production VFX supervisor from MPC. “You had the pipes that come out of the back, parts of the body that are more exoskeleton, and then there’s the fleshy muscle. And then for the cranium he wanted meat stock gelatin running across the structure.” “There’s a fun scene toward the end where he’s clambering up and into the cab of a truck inside the space ship and that’s a balance of him being on twos and fours,” added Henley. “It took quite a while, because the temptation was to make him very creature-like and spider-like, but it ended up being too fantastical. So at that point, he’s more on twos but he’s always using all his limbs. There’s steam everywhere and it’s this classic face-off moment.”

By contrast, the Neomorph has a soft, translucent quality that makes it more human-like. We glimpse various stages of Neomorph from birth to adult. He’s based on the Goblin shark, particularly the double jointed jaw and skin quality.

“We spent a long time trying to find the performance that nailed it for Ridley,” said Henley. “We referenced monkeys and baboons and praying mantis and did performance capture to get a library of movements.” “We found certain poses that were very key to his look, and stumbled across it through some run cycle animation of the young Neomorph,” Henley said. “We played Ridley this clip, and he said you’ve got to snap that pose and show all the animators because that’s the essence of the creature.”

It was an uncomfortable posture revealing no neck and with rounded tail and body. But the face remains unforgettable.

“It’s like a smooth, ghostly face where there’s something masked out,” Henley said. “And then the jaw can burst out of that smooth face with very sharp teeth. Clammy, sweaty, Ridley said there was a drug addict feel to the skin.”