The "Moonlight" helmer and newly minted Oscar winner is already working on a new project for the joint deal. 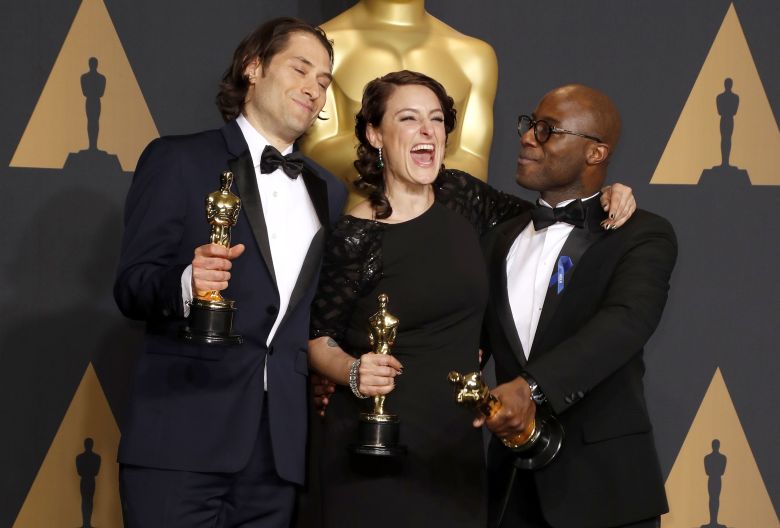 Megan Ellison’s Annapurna is getting into the Barry Jenkins business.

The production company has just signed a two-year film production deal with PASTEL, Jenkins’ own shingle, which aims to be “a home that empowers artists to create provocative, boundary-pushing work in film, television and beyond.” The deal includes a new feature project, set to be helmed by Jenkins, along with future films from PASTEL’s four partners, including Jenkins, his “Moonlight” producer Adele Romanski, Sara Murphy, and Mark Ceryak.

The new deal comes months after PASTEL’s big Best Picture win for Jenkins’ “Moonlight” — the company’s very first film — which was produced by Romanski and Plan B.

READ MORE: ‘Moonlight’ Postmortem: How To Win Best Picture in 5 (Not So) Easy Steps

Jenkins is currently writing a script, which is slated to serve as the first project under the deal. Details on that project are being kept under wraps. PASTEL plans to continue their mission to “focus their development initiatives on supporting and producing projects from exceptional and emerging filmmakers.”

“When looking for a place to further the mandate we established with ‘Moonlight,’ Annapurna felt like the perfect home for PASTEL. The breadth of stories that Megan and her team have championed since the company’s inception is inspiring. As film fans, when we see the Annapurna logo on a film we know we’re in good hands. It’s exciting to know that the work of the filmmakers we support through PASTEL will have a home in those same good hands,” said the PASTEL partners in an official statement.

Annapurna added, “We are so excited to begin this partnership with PASTEL. We deeply admire the work done in ‘Moonlight’ and couldn’t feel more aligned and impressed with PASTEL’s vision for their company. We look forward to teaming up together and continuing to put filmmakers with fresh perspectives and bold voices out into the world.”

It’s a smart fit for the two companies. In just five years, Annapurna has garnered a total of 32 Academy Award nominations for their projects, while PASTEL burst out of the gate with a stunner of a signature film.

READ MORE: Mark Boal and Annapurna Pictures Are Getting Into the Documentary Business

Currently, Annapurna is in post-production on Kathryn Bigelow’s “Detroit,” which will be released as its first distribution title on August 4, 2017. The company is also in production on Paul Thomas Anderson’s untitled new period film starring Daniel Day-Lewis and is developing the film adaptation of Maria Semple’s “Where’d You Go, Bernadette,” to be directed by Richard Linklater.

Jenkins has kept very busy since his “Moonlight” win, directing a key episode of the new series “Dear White People,” becoming best friends with Isabelle Huppert, and signing on to write and direct an Amazon limited series based on Colson Whitehead’s “The Underground Railroad.”

This Article is related to: Film and tagged Adele Romanski, Annapurna, Barry Jenkins