George Lazenby only got to be James Bond once, but now lives as 007 forever as the subject of the new Hulu documentary "Becoming Bond." 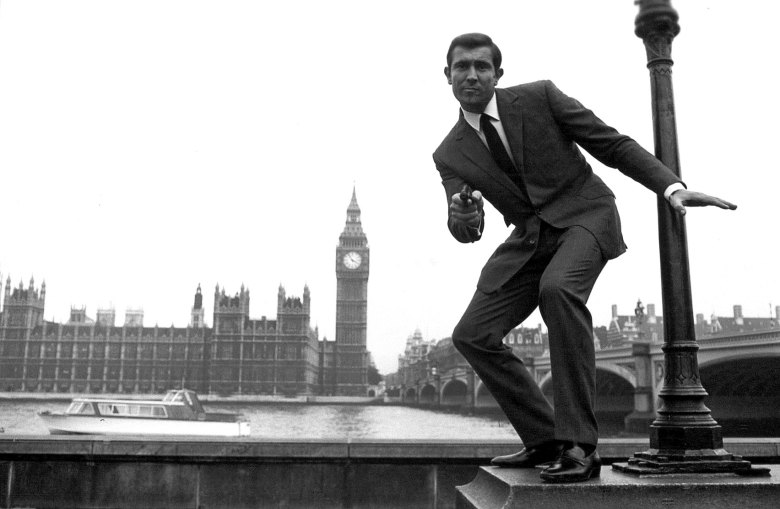 “On Her Majesty’s Secret Service”

George Lazenby didn’t have much time as James Bond. The Australian model and car salesman notoriously bluffed his way into succeeding Sean Connery in 1969’s “On Her Majesty’s Secret Service” (in which 007 falls in love with Diana Rigg, and left grief-stricken when she’s murdered by Telly Savalas’ Blofeld). He then walked away and slipped into obscurity.

But, thanks to “Becoming Bond,” the Hulu doc premiering Saturday, the 77-year-old Lazenby steps out of the shadows. Through a hilarious combination of onscreen narration and re-enactments starring Josh Lawson, Lazenby recounts his wild exploits, filled with sex, drugs, and rebellion. It’s directed by Josh Greenbaum  (“The Short Game”) as “Drunk History” meets “Confessions of a Dangerous Mind.”

At Wednesday’s premiere of “Becoming Bond” at Cinefamily in Hollywood, Lazenby ranked his fleeting moments as 007 with IndieWire: Lazenby is the only Bond who dared drop to one knee during the shooting of the iconic gun-barrel opening sequence designed by Maurice Binder. The silhouetted Bond walks, stops, and fires directly at the audience, causing blood to crawl down the screen. On the first take, he did it his way before shooting it again like Connery. He regrets nothing. “If you want to turn around and shoot somebody, you don’t want to be standing up,” Lazenby said.

Lazenby’s introduction during the pre-credit sequence included rescuing Rigg from a suicide swim and then fighting thugs on the beach. Afterward, Rigg slips away in his Aston-Martin. Lazenby turns to the camera and shrugs, “This never happened to the other fella.” Director Peter Hunt told Lazenby to use the line after the actor complaining several times about not getting the Connery treatment. “I didn’t know what he was doing — he was holding her shoe, I think,” he said. “And I just did it and it worked.”

While Lazenby had never acted before, he could brawl with the best of them. “[The fights] were all difficult and I had to do all of them,” Lazenby said. “Later on, a stunt-guy friend of mine said he told Peter that I could get hurt and Peter said, ‘No one’s seen him yet. If we kill him, we could do it all over again.'”

Another iconic moment, the bowler-hat toss when entering MI6 headquarters, was also a breeze. “I could hit the hook, so they opened it up so you could see the hook,” Lazenby said. “Connery could never do that. I was a dart player.” “On Her Majesty’s Secret Service”

After a great ski stunt and a series of fights down a mountain and in a shed, Bond hides for a moment before being rescued by Rigg’s Tracy. “I was showing I was a little bit nervous, afraid, and Peter, again, said, ‘Bond doesn’t get afraid,'” Lazenby said. “So I had to do another one. But they used the first one. It’s funny, that.”

Another first was the marriage of Bond and Tracy as he waves goodbye to his life as a super spy. “It was fun,” Lazenby said. “A lot of people jumping around. That was odd for a Bond film.”

The devastating finale, in which Bond cradles his dead wife in his arms, was obviously the most difficult for Lazenby. Rigg bit him on the leg to help him emote. “The first take I cried and Peter said, ‘Bond doesn’t cry.’ So I did it again without the tears but still being emotional,” Lazenby said.

Lazenby came and went as a rebel Bond. He couldn’t be Connery, and they wouldn’t let him be himself. But “Becoming Bond” proved that it’s been inescapable: “It’s still about Bond,” he said, “but it was a lot easier.”

This Article is related to: Film and tagged Hulu, James Bond