The star of "On Her Majesty's Secret Service" gets a movie about his backstory, but with a little help from some delightful Hollywood stylings. 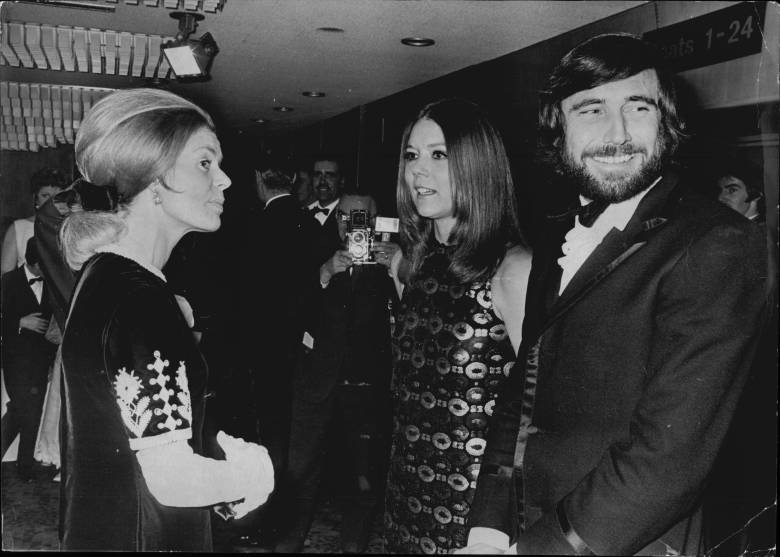 There’s something about the way we frame the lives of actors that makes their existence seem like something out of a fairy tale. The magical audition, the fantastical big break, the ascendency through the collective public consciousness: all form our concept of what it means to be someone in the spotlight and it can seem like an alternate form of reality.

That perception of fame is the foundation for Josh Greenbaum’s new quasi-documentary “Becoming Bond,” a look at the life of one-time James Bond actor George Lazenby through the prism of a whimsical autobiography. The film follows Lazenby’s life from a sickly preteen to his time as an auto mechanic, through his rise as a male model and into his experiences with the role that he’ll be forever known for.

The format of the film is something like a meeting of the minds between Errol Morris and Wes Anderson, a single-source documentary that’s also one man’s version of his own life, interspersed with pastel-laden recreations of the events that Lazenby is describing himself. With a tiny bit of archival interspersed throughout, “Becoming Bond” mostly jumps between Lazenby’s on-camera interview and a group of actors reenacting his version of the events. (Occasionally, Lazenby’s designated doppelgänger, Josh Lawson, will mouth along to the words of the narrator, “Drunk History” style.)

One of Greenbaum’s greatest assets is that Lazenby seems to be a seasoned steward of his own story. Not only does he not shy away from reliving less-than-pleasant memories about his upbringing, lost loves, and missed opportunities, he does so with the flair of a fiction writer. At one point, when he talks about living in a minuscule Earl’s Court flat, he explains how he would “sleep with a doorknob in [his] mouth, it’s so bloody small.”

For as much charisma as Lazenby has at the age of age, Lawson brings that same level of wattage to these tiny recreations. In conversations with beautiful women and suave defiance of influential movie producers, he does so with a winking self-awareness that adds another playful veneer to the whole project.

In addition to Lawson anchoring those flashbacks, the reenactment side boasts an affable lineup of cameos. Blink and you’ll miss some of them, but these actors play real life figures — Dana Carvey gets to revive his Johnny Carson impersonation — and theoretical figments from Lazenby’s past, like Jake Johnson’s shady undercover fixer.

Even though, at one point, we hear Greenbaum directly questioning whether Lazenby is being entirely forthcoming about his personal journey, there’s an air of fantasy that runs through the whole thing regardless. Many of the recreations are done on controlled sound stages, often with some loving rear projection trickery. The sequences from Lazenby’s modeling career, in particular, lean heavily into late 60s style pastiche that clearly aim for atmosphere over accuracy.

Having Lazenby be the only source on the film ensures that “Becoming Bond” has a memoir feel to it, as well. This isn’t a hard-hitting investigation and the film meets Lazenby on his own terms, especially when it means indulging some tall tales, womanizing and the occasional name drop. It’s a credit to the storytelling partnership when Lazenby and Greenbaum can push past the Wikipedia details of the actor’s life, through to some genuine, vulnerable moments that help Lazenby round out his tale.

READ MORE: ‘Bond 25’: Why The Next Director Could Be Indie

The only downside to this narrative power dynamic is that, while the lead up to his Bond role is packed with emotional buildup, there’s not nearly as much epilogue to balance that catharsis. Part of this seems to come from the fact that Lazenby himself hasn’t fully come to terms with why he stepped away from the Bond spotlight after filming “On Her Majesty’s Secret Service.”  But as a companion piece to the high profile way that he exited, this film offers Lazenby the opportunity to fill in the gaps of his less-public backstory.

“Becoming Bond” may be a dressed-up version of your favorite uncle regaling you with anecdotes from his past while sitting around the living room. Bond completists might be disappointed by the relatively small amount of runtime devoted to the “On Her Majesty’s Secret Service” production process. But in peeling back the layers of Lazenby’s own persona, “Becoming Bond” is a delightful dip into someone’s own version of their past. It might be light on tuxedo talk, but the biggest takeaway is how much more there is learn.

This Article is related to: Film and tagged Hulu