The classic UPN/CW series is worth revisiting, especially now that it has a new streaming home. 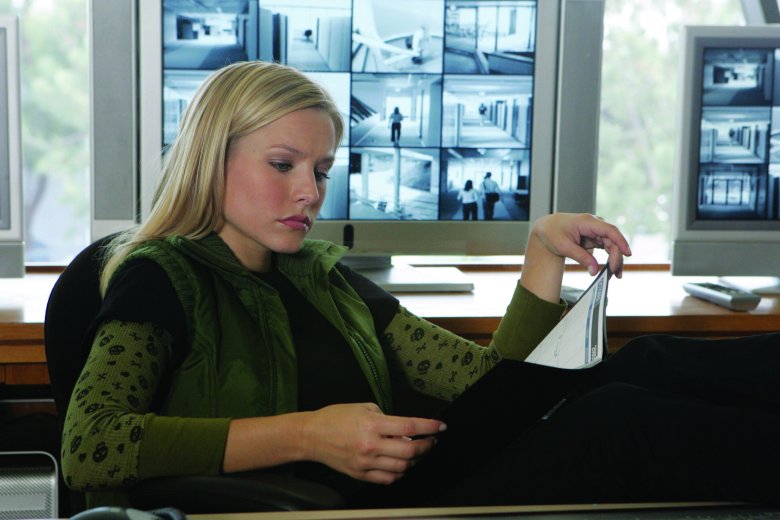 This week marks the tenth anniversary of the “Veronica Mars” finale, which we previously celebrated with a list of the 10 most amazing episodes from the show’s first season.

While the first season of “Veronica Mars” was a pretty much perfect season of television, the following two seasons weren’t quite as consistent. However, there was still plenty to enjoy, including more mysteries, a Paul Rudd guest appearance, cameos by Kevin Smith and Joss Whedon, young Tessa Thompson and Krysten Ritter, and some truly dark twists and turns. You can experience it all now on go90.com, the show’s new streaming home, but for a quick taste of the best episodes from Seasons 2 and 3, check out the curated list below.

“Normal is the Watchword” (Season 2, Episode 1)

After the cliffhanger that ended Season 1, fans were clamoring to know what happened next… and the answer they got wasn’t quite what they expected. But what’s impressive about the Season 2 premiere is the way it zigs when you think it’ll zag — and the way it sets up the major mystery of the season in the final minutes packs a major punch.

Continuing where “Normal is the Watchword” left off, there’s also some real toughness to the case of the week, which has a deep connection to the tragedy that will be the focus of the season. On the lighter side of things, Kevin Smith, who was a “Mars” superfan, offers up a pretty fun cameo. (Another “Mars” superfan, Joss Whedon, appears in Episode 6, “Rat Saw God,” but we had to make some tough calls.)

The episode title, invoking a moment of triumph from a great rom-com, becomes downright disturbing in the context of this episode. It gets dark, y’all, but features some incredible twists that set up a lot of the season action to come. A “12 Angry Men” homage never goes amiss, and the darkness of this episode, including its incredibly bleak ending, continues the “Mars” tradition of celebrating the holidays with a cynical exploration of human nature. (Okay, it’s not entirely bleak, but definitely does pack a punch.)

This episode title is actually kind of mean — “Donut” was a not-so-kind nickname for Duncan Kane (Teddy Dunn) created by the online fandom obsessively following the show during its original airing. But it’s a great installment, narratively essential and also a real edge-of-your-seat thriller. Guest star Lucy Lawless!

The lead-up to graduation has major consequences for everyone involved, as the most horrifying secret of “Veronica Mars” gets uncovered. Even more horrifying: that’s not the end of the story.

Season 2 of “Veronica Mars” doesn’t hold together quite as well as Season 1, but this finale still has its brutality, which remains resonate years later. Poor Beaver. Poor everyone else. Paul Rudd playing a surly aging rock star is pretty much perfection. Maybe the best casting of Season 3 — and thus an essential episode.

Embracing the sadness of the Season 3 finale is a tough choice for everyone involved, but the ambiguity set up by the final minutes keeps it memorable. It’s deliberately vague, which may have helped the show’s post-cancellation legacy. Not only is the 2014 feature film a crowdpleaser, but since then, the story of Veronica Mars has continued in a series of novels. All these years later, there’s life on “Mars.”