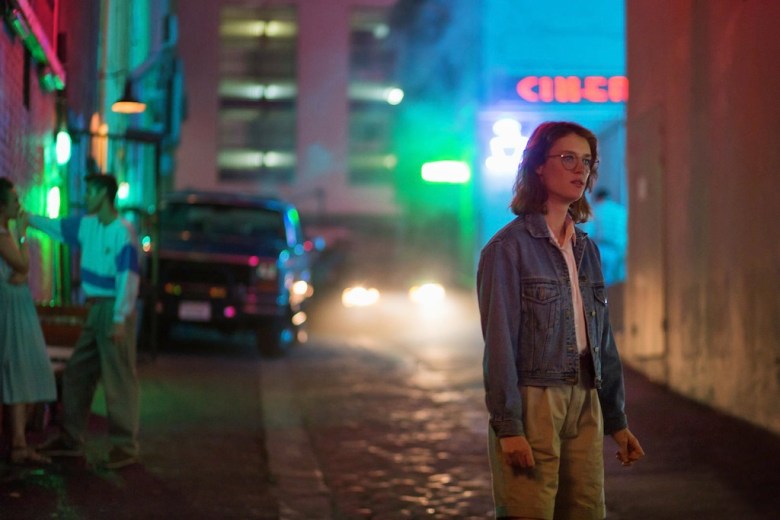 When Netflix announced it would finance the third season of the British sci-fi anthology “Black Mirror,” series creator Charlie Brooker knew he’d be accused of selling out. And then, the much-regarded, much-discussed “San Junipero” episode seemed to confirm his critics’ worst fears. For a show that revolved around dark stories of the future in which technology wreaks havoc, here was a fairly optimistic story about two women failing in love in the virtual-reality world of a sunny California beach town in the ’80s.

“‘San Junipero’ was the first script I wrote for season three, and it was partly I thought I’m going to blow up my idea of what a ‘Black Mirror’ episode is, so it has a very different tone,” said Brooker, who joined IndieWire’s Filmmaker Toolkit podcast with executive producer Annabel Jones. “And partly, I’d read people moaning, ‘Oh, I see Black Mirror’s gone to Netflix, it’s going get all American, it will be all Americanized.’ Ok, sod you [‘piss off’] — opening scene, it’s California, 1987, that’ll confuse you. So in that respect, definitely there was an element of wanting to confound the viewer.”

READ MORE: How ‘The Americans’ Turns Brooklyn Into an ’80s World of D.C. Espionage, All on a Basic-Cable Budget

“As an anthology, you want to be able to surprise people,” said Jones. “You want people not to know what they are going into with every single episode. It allows you to be very playful.”

In addition to picking up three additional episodes per season, the move to Netflix meant a vastly increased production budget which allowed Brooker to write for a bigger canvas and invent bigger worlds.

Streaming would also free Brooker and Jones from the confines of having to fit each episode into the strict time restrictions of broadcast television, yet both showrunners say they have little interest in making longer episodes.

“There’s something about that 60-minute television form that allows you to blow up the idea,” said Jones. “To take a very preposterous idea and not even have to worry about extending it to even 90 minutes, you can just let it be an idea-driven story and you don’t paint yourself into any corners.”

Brooker agrees, and adds that his story worlds would collapse under the weight of their own logic if he extended them. While coming up with an episode premise, Brooker does envision additional layers of his characters’ stories, but feels there’s a danger of veering from the main idea. To illustrate the point, Brooker discussed a storyline from “San Junipero” that he removed from the episode.

“I started writing a scene where [actress] Gugu’s [Mbatha-Raw] character Kelly, where we see she’s at a kindergarten,” said Brooker. [SPOILER] If you’ve seen the full episode, you know what’s going on there – it was the deceased children – which is extremely poignant and very sad thing. It made sense from a character point of view – you’d realize later, why she’d want to spend time there. But it was such a big note to hit within that story, I stripped it out.”

Jones chimed in that the storyline would have interrupted the ’80s party world they were establishing.

READ MORE: Why Brad Pitt Sent James Gray ‘The Lost City of Z’ And Pushed the Filmmaker In a New Direction

Would Brooker and Jones ever return to story worlds in future episodes? Maybe. Brooker has ideas for sequels, but it’s far more likely he will repeat some of the futuristic tech, like the VR world of San Junipero.

“I don’t think we’d do a sequel to ‘San Junipero’ with the same characters for instance,” said Brooker. “I could return to that world quite easily, you could come up with another story in that world.”

Production on season four of “Black Mirror” will wrap this month. Jones and Brooker confirmed the next installment of six episodes will hit Netflix in 2017.