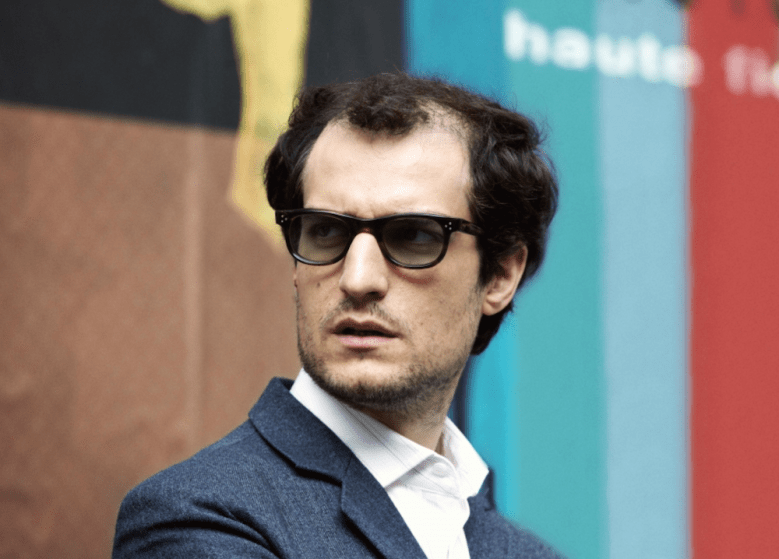 If you’re a buyer, the Cannes Film Festival isn’t where you go to catch a break. Including festival sidebars like Critics’ Week and Director’s Fortnight, there are more than 75 films at Cannes from all over the world — but when it comes to English-language movies, most are already spoken for.

Netflix took the rights to Noah Baumbach’s family drama “The Meyerowitz Stories,” while Amazon has Todd Haynes’ “Wonderstruck” and Focus has Sofia Coppola’s “The Beguiled.” A24 has never bought a completed film at Cannes, but the company is launching four titles at the fest, including Yorgos Lanthimos’ “The Killing of a Sacred Deer” and the Safdie brothers’ “Good Time.”

What’s left are mainly foreign-language films from some of the most respected indie auteurs in world. Most of these filmmakers are Cannes regulars with a history of selling to both U.S. distributors and international buyers.

Which films will be subject of bidding wars?  Here are nine hot titles that could be prime targets. 1. “The Florida Project”
Section: Director’s Fortnight
Synopsis: The story of a precocious six year-old and her ragtag group of friends whose summer break is filled with childhood wonder, possibility and a sense of adventure while the adults around them struggle with hard times.
Sales Pitch: Sean Baker’s follow up to his Sundance entry and Indie Spirit award-winning “Tangerine,” this drama starring Willem Dafoe is the only English-language feature film available for North American buyers, and is therefore sure to attract serious interest from distributors.
Language: English
Sales contact: ICM/CAA

2. “Loveless”
Section: Competition
Synopsis: Boris and Zhenya are a couple in Russia going through a divorce and selling their apartment. Constantly arguing, the pair seem to be uninterested in their 12-year-old son Alyosha, until he goes missing and they have to come together again to find him.
Sales Pitch: Buyers will be swarming Russian director Andrey Zvyagintsev’s newest film, as his 2014 drama “Leviathan” was an official selection at Cannes in 2014 and took home the award for Best Screenplay. “Leviathan” was also nominated for an Oscar for Best Foreign Language Film.
Language: Russian
Sales contact: Wild Bunch 3. “Redoubtable”
Section: Competition
Synopsis: Based on Anne Wiazemsky’s autobiography “Un An Après,” about her romance with Jean-Luc Godard during the making of the film “La Chinoise,” “Redoubtable” opens in Paris in 1967 and covers the the volatile period of civil unrest in France during May of 1968. Godard and Wiazemsky fell in love when Wiazemsky was just 17 years old, and the pair were a married couple for more than a decade until their divorce in 1979.
Sales Pitch: “Redoubtable” marks the third Cannes title in a row from director Michel Hazanavicius after his 2011 Best Picture winner “The Artist” and 2014’s “The Search,” which screened in official competition. “Redoubtable” stars “The Dreamers” actor Louis Garrel as Godard and “Nymphomaniac” actress Stacy Martin as Wiazemsky. The movie will likely serve as catnip for Francofiles and cinephiles alike, so distributors will be paying special attention.
Language: French
Sales contact: CAA/Wild Bunch “Let the Sunshine In” 5. “Filmworker”
Section: Cannes Classics
Synopsis: It’s a rare person who would give up fame and fortune to toil in obscurity for someone else’s creative vision. Yet, that’s exactly what Leon Vitali did after his acclaimed performance as Lord Bullingdon in Stanley Kubrick’s “Barry Lyndon.” The young actor surrendered his thriving career to become Kubrick’s loyal right-hand man. For more than two decades, Leon played a crucial role behind-the-scenes helping Kubrick make and maintain his legendary body of work.
Sales Pitch: Any documentary about the work of legendary filmmaker Stanley Kubrick is likely to attract serious interest from distributors. In addition to archival footage of Kubrick, the doc features appearances from actors Stellan Skarsgård, Matthew Modine, and Ryan O’Neal.
Language: English
Sales contact: Cinetic Media 6. “In the Fade”
Section: Competition
Synopsis: Katja’s life collapses after the death of her husband and son in a bomb attack. After the time of mourning and injustice comes the time of revenge.
Sales Pitch: German-Turkish director Fatih Akin hasn’t had a movie at Cannes for several years, but Akin is a highly respected filmmaker who took home the festival’s best screenplay award in 2007 for “The Edge of Heaven.” His latest film stars German-American actress Diane Kruger, who won Cannes’ Chopard Trophy for female revelation for her performance in the 2004 period war film “Troy.”
Language: German
Sales contact: The Match Factory 7. “Jupiter’s Moon”
Section: Competition
Synopsis: A young immigrant is shot down while illegally crossing the border. Terrified and in shock, wounded Aryan can now mysteriously levitate at will. Thrown into a refugee camp, he is smuggled out by Dr Stern, intent on exploiting his extraordinary secret. Pursued by enraged camp director Laszlo, the fugitives remain on the move in search of safety and money. Inspired by Aryan’s amazing powers, Stern takes a leap of faith in a world where miracles are trafficked for small change.
Sales Pitch: “Jupiter’s Moon” marks the fifth consecutive film from Hungarian director Kornél Mundruczó’s to premiere at Cannes, and follows his critically-acclaimed last feature “White Dog,” which took home the festival’s Un Certain Regard award in 2014. Distributors will play close attention to “Jupiter’s Moon,” especially Magnolia Pictures, which scooped up the the rights to “White Dog.”
Language: Hungarian
Sales contact: The Match Factory 8. “A Ciambra”
Section: Director’s Fortnight
Synopsis: In a small Romani community in Calabria, Italy,14-year-old Pio Amato is desperate to grow up fast. He follows his older brother Cosimo everywhere, learning the necessary skills for life on the streets, but when Cosimo disappears and things start to go wrong, Pio sets out to prove he’s ready to step into his big brother’s shoes.
Sales Pitch: Italian filmmaker Jonas Carpignano caught the attention of the film world with his critically-acclaimed debut feature film “Mediterranea,” which premiered at Cannes in 2015 as part of the Critics’ Week lineup and was acquired by IFC Films’ Sundance Selects label. “A Ciambra” marks the first film to be produced under Martin Scorsese’s new fund to help emerging filmmakers.
Language: Italian
Sales contact: WME/LUXBOX Films 9. “Oh Lucy!”
Section: Critics’ Week
Synopsis: This drama-comedy tells the story of Setsuko Kawashima, a lonely, chain-smoking office lady in Tokyo who is past her prime. After deciding to take an English class, she discovers a new identity in her American alter ego, “Lucy,” and falls for her instructor, John (Josh Hartnett). When John suddenly disappears, Setsuko earnestly sets out on a quest to find him, eventually leading her to the outskirts of Southern California.
Sales Pitch: The debut feature film Japanese filmmaker Atsuko Hirayanagi follows her 2014 short of the same name that won second place in the 2014 Cannes Film Festival’s Cinéfondation Selection. Distributors will be keen to forge a relationship with this young new talent.
Language: English and Japanese
Sales contact: UTA/Elle Driver

This Article is related to: Film and tagged Cannes