People often speculate about the experience of being on a jury at Cannes, but this year, our critic got an inside look. 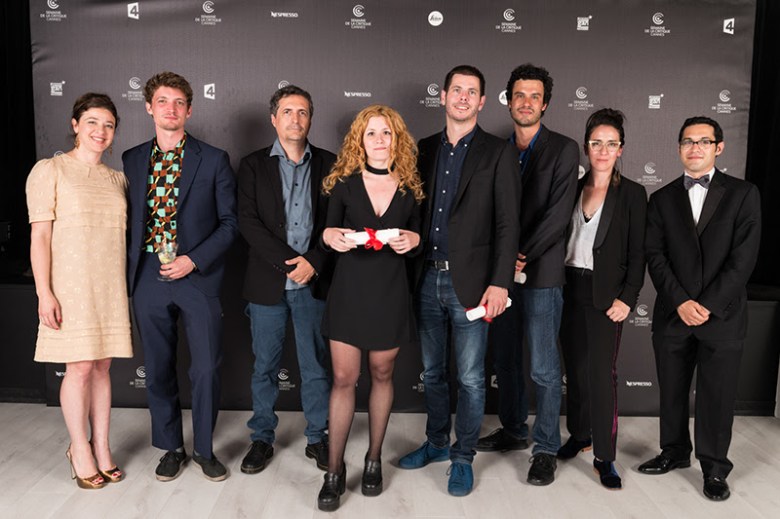 In “Makala,” French director Emmanuel Gras follows Congolese coal salesman Kabwita Kasongo from the menacing process of chopping a tree down in his village to journey down a desert road for several days to sell his goods at the market. The slow-burn portrait is heavy with immersive colors and sound design that draw you into the laborious process at hand, and the toil it takes on poor Kasongo both personally and psychologically.

The director’s process for collaborating with his subject created a structure that resembled fiction, similar to the ethnographic films of Jean Rouch, but it was also a meditative, spiritual experience in which the journey truly was the destination.

The image of the man slowly pushing his bike, overloaded with packages of coal, down a rocky road provided a hypnotizing metaphor for life itself. In one heartbreaking moment, Kasongo’s bike loses its balance and his coal spills across the hot sand, while passers-by pay him no heed, but his spirit of defiance remains strong. Ending with a powerful benediction, the movie becomes an ode to the working life, one both symbolic and visceral. When the screening ending, I felt exhausted — emotionally and intellectually — and Miller’s words came back to me: “How long does a film follow you around?” It looked like “Makala” would be a tough one to shake. That much the jury agreed on.

But we had two feature-length awards, a Grand Prix and a “Visionary” prize, both of which awarded cash to the directors. “Makala” stood out as the definitive achievement of the 2017 Critics’ Week, but it wasn’t the only one that left the jury shaken by a profound and unexpected experience.

I knew nothing about Gabriel Buchmann, the young Brazilian who grew frustrated with society after being rejected by academia and went on a freewheeling journey through Africa in 2009; it was there that he got lost on a mountain trail that local guides had cautioned him against, and eventually died alone in the wilderness. “Gabriel on the Mountain,” directed by Fellipe Gamarano Barbosa, is at once a tribute to that plight and a subtle indictment of the recklessness that led to it.

Carried by Joao Pedro Zappa’s extraordinary performance, the movie follows Gabriel through his journeys while sprinkling in documentary voiceover narrative from many of the people he encountered along the way. The drama echoes the fates of the protagonists in “Into the Wild” and “Grizzly Man,” but takes a formally ambitious approach; it never explicitly lays out Gabriel’s backstory, and constantly wrestles with the morality of his decisions. The heartbreaking sequence in which his girlfriend visits him for one section of his journey, then returns to her structured life as he continues to roam, speaks to the paradox of a man capable of feeling compassion for others while remaining trapped by the self interest that ultimately killed him. “Gabriel and the Mountain”

It’s a gorgeous movie, shot in the real locations where Gabriel explored in this final stage of his brief life, and directed by a man who identifies as his friend. But it also pits the beauty of the setting against Gabriel’s Westernized gaze, suggesting that it led to his undoing more than any practical decision. It’s a tragic, cautionary tale about the repercussions of attempting to force the world to bend to your will — and to that end, had a genuine contemporary feel. For its capacity to position that character in such paradoxical ways through the language of the medium, we awarded the movie with our Visionary prize.

We also had to judge a number of short films from two strong programs of international titles and pick just one — a daunting task — but found ourselves in agreement about the strength of another clever blend of fact and fiction. In the Spanish-produced “Los Desheredados,” filmmaker Laura Ferres constructs an affectionate tribute to her father as he goes about deconstructing his family legacy, wandering through and even dancing in locations that are fraught with personal history. The result is a beautiful, charming, and at times melancholic riff on one man’s relationship to the past.

All three winners play with the boundaries of narrative and documentary storytelling; in the awards ceremony, Filho acknowledged that we live in an age where factual information faces constant assault, and the filmmakers who explore new pathways for addressing reality forge important paths forward. We didn’t recognize this connective tissue between the films until the decision had been made, but in retrospect, this trio of winners speak to an international zeitgeist visible in work from a new generation of filmmakers. It was a revelation that would never been apparent to me in the comparatively familiar range of work in the Cannes Official Selection.

Even a strong year at Cannes has the whiff of familiarity; here, on the other hand, was something different — a vibrant representation of the world from emerging voices, and the discovery of talented artists almost certain to continue surprising us in the years to come.

In the middle of the festival’s second week, we deliberated late into the night from a palatial balcony in the Palais des Festival, where the sun sank behind the French Riviera and cast an orange hue on the massive yachts that dotted the waves; annoying pop songs blasted out from a nearby beach party.  The absurdity of Cannes at its most superficial ran headlong into its ideal potential as a vessel for cinematic debate. It was proof that no matter the chaotic, fragmented arena in which all art struggles for attention, the strongest achievements can pierce the noise. For me, that was the ultimate prize of the week, and I won’t forget it anytime soon.

This Article is related to: Film and tagged Cannes, Critics' Week