The Palme d'Or-winning filmmaker is returning to the festival with a new vision that continues to explore her enduring passions. 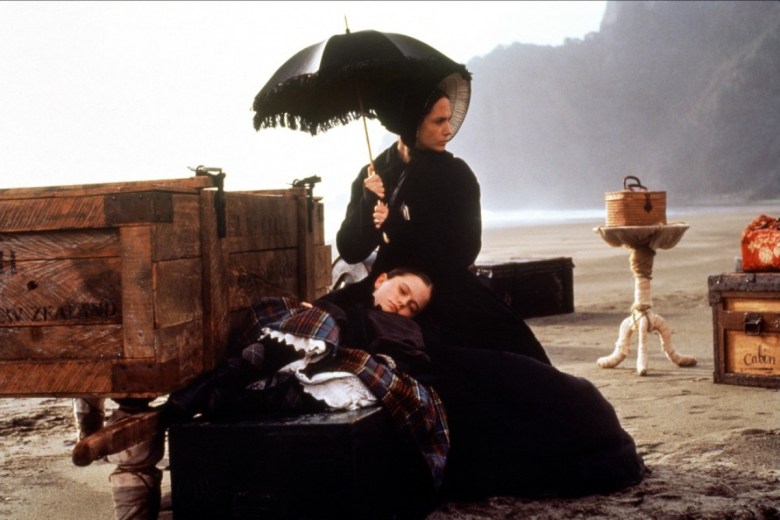 This is the latest installment of a series exploring significant films from the careers of directors showing new work at the 2017 Cannes Film Festival.

Jane Campion doesn’t put much stock in labels — seemingly preferring to adhere to the old Groucho Marx chestnut, “I don’t want to belong to any club that will accept people like me as a member” — and has spent her career pursuing work that speaks to her sensibilities. Ask Campion for her own views of feminism, and you’re likely to get an answer like the one she gave fellow filmmaker Katherine Dieckmann in a chat for Interview Magazine back in 1992, when she was still working on “The Piano” (then known as “The Piano Lesson”): “I don’t belong to any clubs, and I dislike club mentality of any kind, even feminism—although I do relate to the purpose and point of feminism.”

Clubs, not her thing. But the belief in the “purpose and point” of feminism? Most definitely.

Campion’s sensibilities speak to a consistent feminist mindset — they put women’s stories at their center and approach them with the necessary heft and respect. If you’re looking for a strong female character (strong in the “compelling” or “vivid” sense, not in the overused and overplayed way so often heaped on films that don’t allow their women to exhibit anything approaching weakness or confusion), Campion’s films will always deliver.

While her earliest works, including her daring exploration of the lives of two very different sisters in “Sweetie” and her intriguing biopic of the singular author Janet Frame in “An Angel at My Table,” are invested in the lives of women in refreshing ways, Campion really hit her stride with 1993’s “The Piano.” The list of accolades for the period drama are extensive, though you could start and end that list with the two biggies: that its Palme d’Or win made Campion the first woman to walk away with Cannes’ biggest prize, and her Best Director Oscar nod made her the second woman ever to be in nominated for the award.

The New Zealand filmmaker was no stranger to the Croisette when she bowed the Holly Hunter-starring drama at the 1993 festival, having already screened her shorts at the fest, one that’s not especially receptive to female filmmakers (her short “Peel” won the Short Palme d’Or in 1986). Set in the mid-19th century, the twist on the classic Bluebeard folktale imagines Hunter as the mute and seemingly meek Ada, married off to an unfeeling stranger (Sam Neill) and shipped to his home on the isolated west coast of Campion’s own country. Accompanied by her daughter (Anna Paquin, who would win an Oscar for her work in the film) and the eponymous piano, Ada cares little for the wider world, instead immersing herself in her music.

Ada is insular and self-contained, but Campion outfitted the film with some unique touches that allow Ada to give voice to her passions, care of an inventive voiceover that is presumed to come from her brain, rather than her mouth. While Ada suffers a series of profound setbacks after her arrival, mostly stemming from her husband’s refusal to house her beloved piano, her fortunes change when George promises to take it in, asking for lessons in return. What follows is a wholly unexpected (and, let’s face it, a deeply sensual) romance between the two that comes at great personal cost. While Ada initially rebuffs George’s advances, when she (most willingly and of her own volition) comes around to the tattooed stranger, it opens up her entire life.

“The Piano” isn’t just a big, grand love story; it’s also the intimate exploration of a woman coming to know herself. Ada’s life has been marked by a literal inability to express her desires, but once she has freed herself, she is able to actually demand what she wants. Even a last gasp attempt at mutilation disguised as punishment from Neill’s unnervingly awful Alisdair doesn’t diminish Ada, it only fills her with still more longing and, perhaps most important of all, more longing for expression.

Page 1 of 2
Continue Reading: Cannes: With ‘The Piano,’ Jane Campion Explored the Same Feminist Vision That Will Drive ‘Top of the Lake: China Girl’

This Article is related to: Film and tagged Cannes, Jane Campion, Reviews, The Piano, Top of the Lake: China Girl