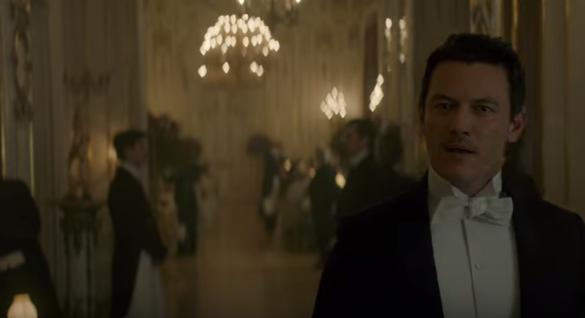 Luke Evans in TNT’s “The Alienist”

TNT has released the first trailer for its new psychological thriller, “The Alienist,” from Executive Producer Cary Fukunaga.

The period drama stars Luke Evans, Martin McCreadie, and Dakota Fanning. The mystery is set in New York at the turn of the 20th century when a series of gruesome murders of boy prostitutes gripped the city. Based on a novel of the same name by Caleb Carr, the drama follows a detective (McCreadie) who enlists the help of a psychologist named Dr. Laszlo Kreizler (Daniel Brühl), otherwise known as an “alienist” to solve the case. Fanning plays headstrong police secretary Sara Howard, who also becomes embroiled in the investigation.

The trailer is full of dark street corners, lush period costumes and sets, and hints at an Evans/Fanning romance. From HBO’s “True Detective,” we know that Fukunaga is well-versed in making high stakes and artful drama out of serial killer stories. “The Alienist” will introduce the auteur to a wider audience.

This Article is related to: Television and tagged Cary Fukunaga, The Alienist, Trailers, Upfronts