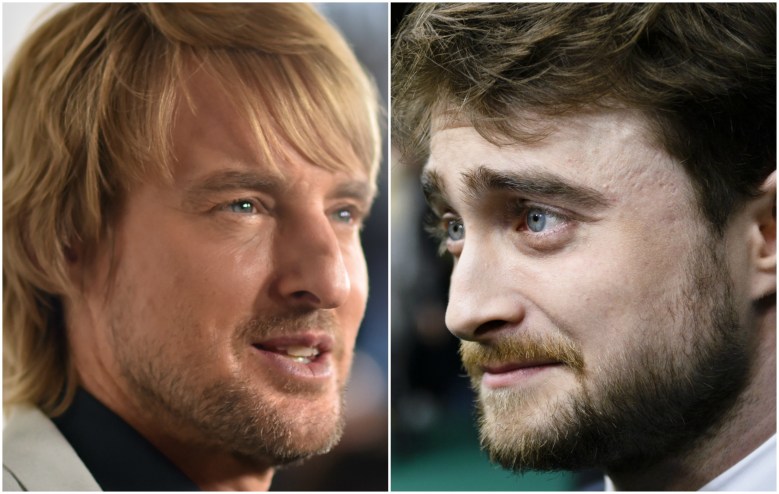 The show, set to premiere in 2018 on TBS, will apparently focus on different stories each season. For the first, seven-episode installment, Rich will adapt his book “What in God’s Name.” The workplace comedy, set in Heaven, stars Radcliffe as “Craig, a low level angel responsible for handling all of humanity’s prayers.” Wilson is his boss, God, “who has pretty much checked out to focus on his favorite hobbies. To prevent Earth’s destruction, Craig must achieve his most impossible miracle to date.”

READ MORE: ‘Man Seeking Woman’: The Creator of FXX’s Craziest Comedy Thinks Season 3 is ‘The Most Conventional Show on TV’

“Having Daniel Radcliffe and Owen Wilson join the TBS family is proof of the continued evolution of this comedy brand as the home of the most creative minds in the business,” said Brett Weitz, executive vice president of original programming for TBS. “Owen Wilson has long been a comic genius, and Daniel’s performance in last year’s ‘Swiss Army Man’ really proved that there’s a sophisticated comedian under the surface of those brilliant dramatic chops. Simon and Lorne are total pros in walking the tightrope between reality and ridiculousness, and they do it with a lot of heart and wit.”

“Miracle Workers” joins a growing TBS lineup that includes “Wrecked,” “The Detour,” “Full Frontal with Samantha Bee,” “People of Earth” and “Angie Tribeca.” The network also has the anthology comedy “The Guest Book” and Tracy Morgan’s “The Last O.G.” on tap.