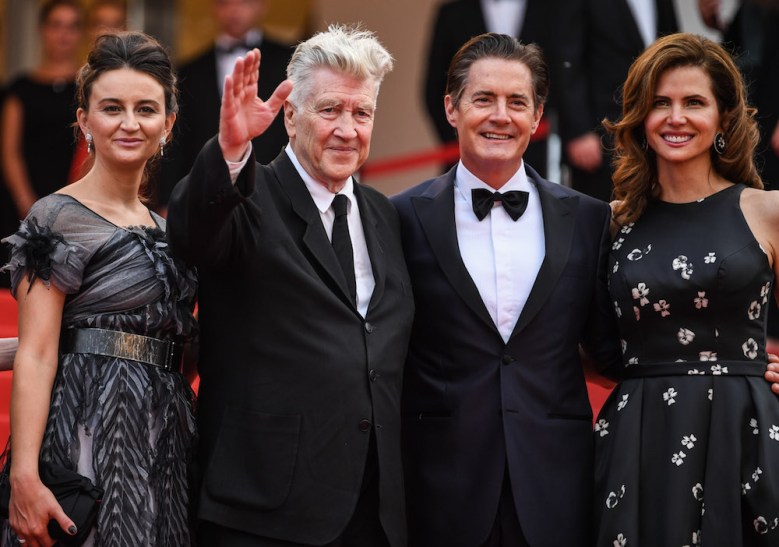 David Lynch returned to the Cannes Film Festival to unveil the two-hour premiere of the Showtime series “Twin Peaks” on Thursday, which received a five-minute standing ovation, an impressive debut for a revival of a television show at the world’s most famous film festival. The standing ovation was one of the longest seen at the festival this year, Deadline reports.

READ MORE: ‘Twin Peaks’ Premiere: Debating Whether the Return Lived Up to Expectations, and What David Lynch Is Trying to Say

Lynch won the festival’s Palme d’Or award in 1990 for “Wild at Heart,” served as jury president in 2002, and won Best Director for 2005’s Mulholland Drive.

“It’s wonderful to have friends in town who have helped write the history of the event,” Cannes festival director Thierry Fremaux said at the premiere. “If he had done a two-minute animated documentary we would have invited him. The return of David Lynch behind the camera is an event.” The original “Twin Peaks” premiered in 1990.

“The return of ‘Twin Peaks’ proves fascinating in our current era of revivals, because it eschews all the conventions used by other series,” IndieWire’s Liz Shannon Miller wrote in her review. “Yes, because it’s ‘Twin Peaks,’ we’re not surprised that the show does something different from the norm. But the fact remains that creators David Lynch and Mark Frost have simultaneously chosen to dunk the audience into the dense mythology of the first two seasons, while introducing a variety of fresh elements that make Season 3 (at very specific times) extremely accessible to new audiences.”

This Article is related to: Television and tagged David Lynch, Showtime, Twin Peaks