Keep up with the wild and wooly world of indie film acquisitions with our weekly Rundown of what's been picked up around the globe. 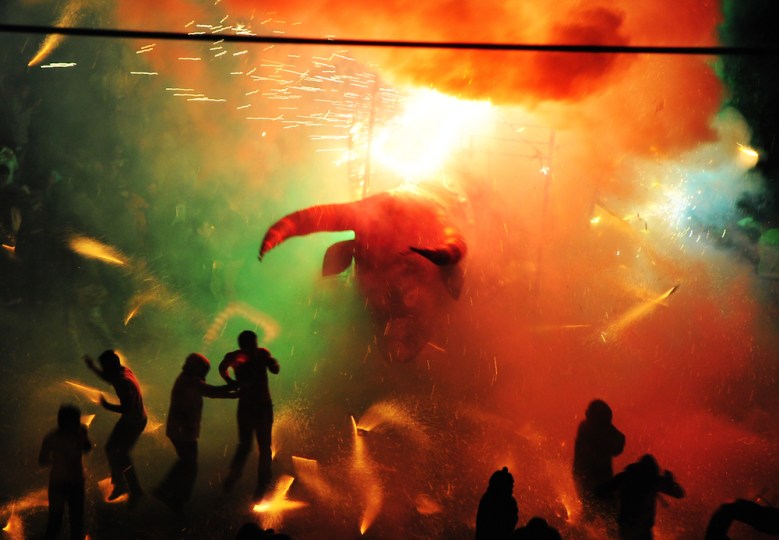 – Focus Features has acquired the worldwide rights to “The Little Stranger,” excluding the U.K., France and Switzerland, where it will be distributed by Pathé. Academy Award nominee Lenny Abrahamson (“Room”) will direct the film, a chilling ghost story, which will begin production in the U.K. this summer for release in 2018. “The Little Stranger” will star Academy Award nominee Charlotte Rampling, Domhnall Gleeson, Ruth Wilson and Will Poulter. Lucinda Coxon, who wrote the screenplay adaptation of Focus’ “The Danish Girl,” has adapted “The Little Stranger” from Sarah Waters’ acclaimed 2009 novel of the same name.

In a remote English village after the close of World War II, a local practitioner, Dr. Faraday (Gleeson), is called to the aged estate of Hundreds Hall to tend to an unwell parlormaid. Faraday knows the estate from his own childhood, when his mother worked there as a maid herself. The Hall is home to a glamorous widow, Mrs. Ayres (Rampling) and her two grown children, the mesmerising Caroline (Wilson) and Roddy (Poulter), a badly disfigured veteran of the war. The Ayres family welcomes Faraday and his expertise, and he is drawn into the mystery of the Hall’s apparent haunting by a malevolent ghost.

– Oscilloscope has acquired the North American rights to Viktor Jakovleski’s documentary “Brimstone & Glory.” The film premiered at this year’s True/False Film Festival. Oscilloscope is planning a theatrical release for the film later in the year. The National Pyrotechnic Festival in Tultepec, Mexico is a site of festivity unlike any other in the world. In celebration of San Juan de Dios, patron saint of firework makers, conflagrant revelry engulfs the town for ten days.

“‘Brimstone & Glory’ is not just an epic feast for the eyes and the ears (though it is that), it’s a brilliant display of portraiture,” Oscilloscope president Dan Berger said in a statement. “It introduces us to people and a community — intimately, intensely, and beautifully — and sets the stage for a long career for Viktor.”

– IFC Films has acquired the North American rights to “The Tribes of Palos Verdes,” Variety reports. Based on a best-selling novel by Joy Nicholson, the film stars Jennifer Garner, who also executive produced the project. The movie follows a teenager who struggles to adjust to life in an affluent beach community. Maika Monroe, Cody Fern, Justin Kirk, Noah Silver and Alicia Silverstone co-star. Directed by Brendan and Emmett Malloy (“Out Cold”), the film was produced by Robbie Brenner (“Dallas Buyers Club”) and Karen Croner, who wrote the script for the movie. “The Tribes of Palos Verdes” was originally owned by Relativity Media, which filed for bankruptcy protection in 2015.

– Samuel Goldwyn Films has acquired the North American rights to the Nathan Silver thriller “Thirst Street,” starring Lindsay Burdge and Damien Bonnard. Narrated by Anjelica Huston, the movie was directed by Silver based on a script he co-wrote with C. Mason Wells. “Thirst Street” follows grief-stricken flight attendant (Burdge) who becomes romantically involved with a bartender during a layover in Paris. In “Wilde Wedding,” now-retired film star Eve Wilde (Glenn Close) prepares for her wedding to husband number four, renowned English writer Harold Alcott (Stewart) after a whirlwind courtship. At her upstate New York home – in the presence of both Wilde’s first husband, celebrated stage actor Laurence Darling (Malkovich), and their collective families – the long summer weekend offers the opportunity for everyone to get to know each other a bit more intimately.

– Gravitas Ventures has acquired the North American rights to “Gilbert,” the documentary about the life and career of comedian Gilbert Gottfried. Coming off its critically acclaimed showing at the Tribeca Film Festival, the film has been slated it for a theatrical release in September as well as a VOD and DVD release in the fourth quarter of 2017. Gottfried is joined throughout the film by a who’s who of comedy icons including Whoopi Goldberg, Richard Belzer, Lewis Black, Susie Essman, Arsenio Hall, Anthony Jeselnik and many more. Gottfried has had quite the career. Rocketing to fame in the 1980s, he was thrust into the public consciousness almost immediately thanks to his brash personality, unique worldview, and off-kilter comic timing. Now, foul-mouthed and unapologetic after decades of flying solo in both his work and in his personal life, Gilbert has shockingly reinvented himself…as a family man.

“Invincible Dragon” is an action-packed thriller starring Zhang as an undercover agent with an impulsive personality who clashes with a Macau detectice and a US Army Veteran while trying to unravel a major case. Directed by Hong Kong stalwart Fruit Chan, Well Go will release the film in North America, the UK, Australia, andNew Zealand.

In “Temple”, three Americans on a trip to Japan are fascinated by a haunted temple, and, despite warnings from the villagers, decide to spend a night there. The deal was negotiated Seth Needle, SVP Worldwide Acquisitions at Screen Media Films, and the filmmakers. “‘Temple’ is a great current homage to J-Horror classics, while remaining unique and scary as hell,” said Needle. “We went on a great adventure making this film in Japan with our partner Toei Animation and now we can’t wait for Screen Media to share our film with audiences.”

– Vertical Entertainment and DIRECTV have acquired North American rights to Lauren Wolkstein and Christopher Radcliff’s “The Strange Ones” starring Alex Pettyfer, James Freedson-Jackson, Emily Althaus, and Gene Jones. The film previously had its world premiere at the 2017 SXSW Film Festival where it was awarded the Special Jury Recognition for Breakthrough Performance for James Freedson-Jackson. Vertical Entertainment and DIRECTV will begin their awards push this fall, targeting a release in Q4 2017.

In “The Strange Ones”, mysterious events surround two travelers as they make their way across a remote American landscape. On the surface all seems normal, but what appears to be a simple vacation soon gives way to a dark and complex web of secrets. – “Factory 25” has acquired the worldwide rights to Tom DiCillo’s documentary ”Down In Shadowland,” a seven-year look at life in the New York City subway system. The documentary is having a special screening on June 19 at the IFC Center in New York followed by screenings throughout the summer rollout followed by an October 10 digital release.

DiCillo made the film over the course of seven years, motivated by a fascination with the secret lives of people on the subway that began when he first moved to New York City in the mid 1970’s. What resulted is a hauntingly beautiful hybrid of the documentary form. Although every frame in the film is real, the film refuses to settle into the rational world of the traditional documentary.

RLJ plans to release “Mayhem” in theaters and On Demand in the fourth quarter of 2017, with the Shudder streaming premiere slated for early 2018. “Joe Lynch’s vision is captivating,” Mark Ward, RLJ’s chief acquisitions officer, said in a statement. “He has the ability to take stories and elevate them with his unique insight and direction.”

– Screen Media Films has acquired the North American rights to Ryan Eggold’s “Literally, Right Before Aaron,” a Rizk Pictures Production and Is This Reel Film, starring Justin Long, Cobie Smulders, Ryan Hansen, John Cho, Kristen Schaal, Peter Gallagher, Dana Delany, Lea Thompson, and Luis Guzmán. The film, which had its world premiere at the Tribeca Film Festival last month, will be released in theaters later this year. The directorial feature film debut for Eggold, “Literally, Right Before Aaron” is based on a short film Eggold made six years ago that won the Grand Jury Award for Best Short Film at the Gen Art Film Festival.

After Adam (Long) gets a call from his ex-girlfriend Allison (Smulders) telling him she’s getting married, Adam realizes he is just not ready to say goodbye. Against the advice of his best friend Mark (Cho), Adam decides to drive back home to San Francisco to attend the wedding in hopes of convincing himself and everyone else, including her charming fiancé Aaron (Hansen), that he is truly happy for her.

– Freestyle Digital Media, the digital film distribution division of Byron Allen’s Entertainment Studios, has acquired the North American rights to the romantic comedy, “My Ex-Ex.” The film debuts on VOD on June 15, 2017. “My Ex-Ex” is a romantic comedy centered around a young woman, Mary, who is anxious to get married. When Mary’s boyfriend, Ted, invites her out to a fancy restaurant, she’s convinced he’s going to pop the question. But instead of getting hitched, she gets dumped. Mary’s friends convince her to see a psychic to reignite her love life, but will it end with her ex, or her ex-ex? Written by and co-starring André Bharti, “My Ex-Ex” was directed by Nathaniel Warsh, and was produced by Ron Basch, Jessica Menagh, and Nathaniel Warsh.

Freestyle has also acquired the North American rights to the anarchic satire for “My Hot Property,” which debuts on VOD on June 13, 2017. A self-dubbed “un-romantic comedy” set amid London’s property market and hipster culture, “My Hot Property” is about love, greed and psychotic real estate agents. The film marks the feature debut of Max McGill.

This Article is related to: Film and tagged Acquisitions, Focus Features, Oscilloscope