The filmmaker seems to have forgotten the hard-won lessons of "Being 17," dialing down any hint of life’s thrilling uncertainty for a stodgily theatrical approach. 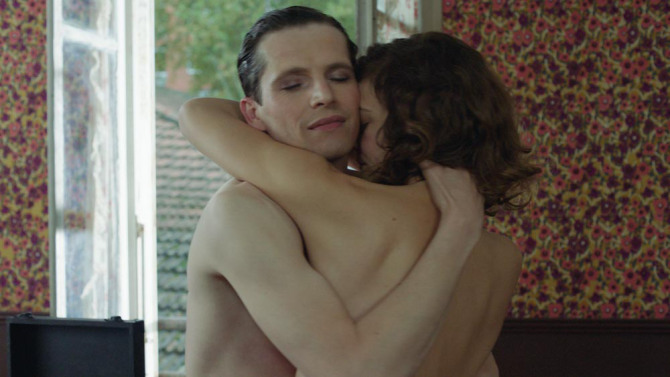 André Téchiné’s “Golden Years” is a bit of a wash. The true story of a World War I deserter who spent the roaring twenties living as a woman, Téchiné’s film is a surprising misfire, especially because it arrives only one year after the director’s masterful “Being 17.” Both films share thematic – if not exactly narrative – parallels, telling of volatile couplings reordered by sexual exploration. But Téchiné seems to have forgotten the hard-won lessons of his previous film, dialing down any hint of life’s thrilling uncertainty for a stodgily theatrical approach that tells the story in the most superficial way possible.

It is the story of Paul and Louise Grappe, a young couple living their golden years before the Great War breaks and Paul (“Stranger By The Lake” star Pierre Deladonchamps) is sent to the front. The war prove entirely too hellish for him and so he blows off his own finger, but even that only buys him a few months reprieve. Then, the night before he’s due back in the trench, he makes a run for it, running all the way to a hidden coal-cellar to lay low as a newly wanted man.

It’s up to Louise (Céline Sallette, of “House of Tolerance”) to bring home the bacon. She also brings home an epilation machine, some garters and a dress because Paul is a wanted, keyword man. It takes a little convincing, but soon Paul’s plucked his eyebrows, shaved his legs and he’s become a she — and she goes by Suzanne.

READ MORE: The 2017 IndieWire Cannes Bible: Every Review, Interview and News Item Posted During the Festival

The real Grappe was a well-known figure in Paris’ post-war bohemia. After the government offered a blanket amnesty for all deserters, he would go on to tell his story in a popular vaudeville review. Téchiné and co-screenwriter Cédric Anger use the show as a framing device, a recurring narrative backbone that the film will dip in and out of, often to its detriment.

For instance, when taking Suzanne into the world for the first time, Paul walks out of the flat and steps into the staged show. By treating what should be a key character moment as a one-and-done burlesque number the film does itself – and its audience — an essential disservice. Paul walks out unsteady and fearful and a single stage dance later returns fully formed as Suzanne, a “Lost Highway”-like character shift that completely overlooks the most fascinating aspects of the story it is trying to tell.

There should be at least some small part that’s about the journey, not just the destination. Think about “Being 17”: Two teens go from being unable to express their desires verbally to being comfortable expressing them physically. That’s the simple hook. Then recall all the fear, thrill, and euphoria Téchiné is able to mine from that simple point A-to-point B. Now consider “Golden Years,” which finds a macho soldier becoming a polyamorous transvestite (the film’s words) who spends her evenings offering sexual favors in the woods, and it does it all with a single dance number. Wouldn’t you like even a bit more entry into the character’s interior life?

Like watching a performer onstage, the film only ever tries to understand Grappe from the outside in. Even then, the explanations it comes up with are problematic (and, you know, #problematic). Several characters at several points put forward the idea that Grappe chooses to live as a woman because he can no longer live as a man, having renounced his masculinity when he fled the battlefield. “It’s not so bad to be a woman,” Louise says at one point. “Women don’t wage war.” The film is many things, but is decidedly not a nuanced exploration of gender.

It does a better job exploring marriage. Apart from a couple of stiff lines, actress Sallette is the best anchor from scene to scene. She can wear sadness on her brow unlike any of her contemporaries, and that serves her well playing a character who, by trying to save her beloved, end up losing him. But even then, her larger emotional arc suffers from the film’s “life-is-a-cabaret” approach that leaves so much nuance and detail offstage and off-screen. The scene where Louise ends an affair packs no punch, because up until that point we didn’t even know she was having an affair.

More a product of odd choices than bad filmmaking, “Golden Years” is frustrating case. You know it could be a compelling project, you know there are two meaty roles just waiting for right actors, and you who would be a great choice to direct it, once they get the script right? André Téchiné.

“Golden Years” premiered as a Special Screening at the 2017 Cannes Film Festival.

This Article is related to: Film and tagged André Téchiné, Cannes, Reviews