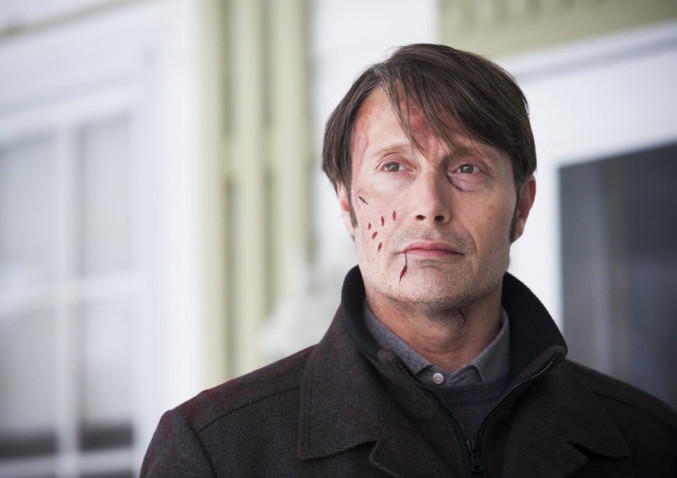 The road to “Hannibal” Season 4 continues with another very, very small step forward.

As a guest on Entertainment Weekly’s “Post Mortem” podcast (via The Playlist), Fuller revealed that he still intends on moving forward with new episodes of the acclaimed television adaptation, which ran for three seasons on NBC from 2013-2015. But the newest development is that he has actually pitched his “great idea” to leading men Hugh Dancy and Mads Mikkelsen, and it appears they’re on board with the direction as well.

“I have [had] conversations with Mads and Hugh,” Fuller said. “We’re are all excited about the prospect of returning to the story. There’s some hurdles to get through…[But] I just had a great idea for season 4. There’s an interesting next chapter in the relationship between Will Graham and Hannibal Lecter that would be fascinating to unpack. I’ve shared it with the gentlemen and they’re both keen on it.”

The news is in line with Fuller’s comments from last December, where he explained he had also spoken with executive producer Martha De Laurentiis about Season 4 and potentially bringing in elements of “The Silence of the Lambs.” The rights to the story have been owned by the producers of Jonathan Demme’s Oscar-winning film since its release, but they revert back in August 2017, which could be the “hurdles” Fuller is refers to.

“I think the film adaptation is a perfect film, but there’s a lot of interesting nooks and crannies to explore in a television series,” Fuller explained in December. “I hope we get to tell the story, I think, ideally for the cast, it would be as a mini-series, here and there. Let’s do 6 to 8 episodes of that, and 6 to 8 episodes over here. And do it as an irregular thing.”

The shape of the new season may still be in the air, but the fact Dancy and Mikkelsen are officially interested is just one more step in the right direction to making this thing actually happen. Fuller is currently serving as the showrunner of “American Gods,” which airs on Sunday nights on Starz and has been renewed for Season 2.