"This really is one of the best moments of my life," Scott said. 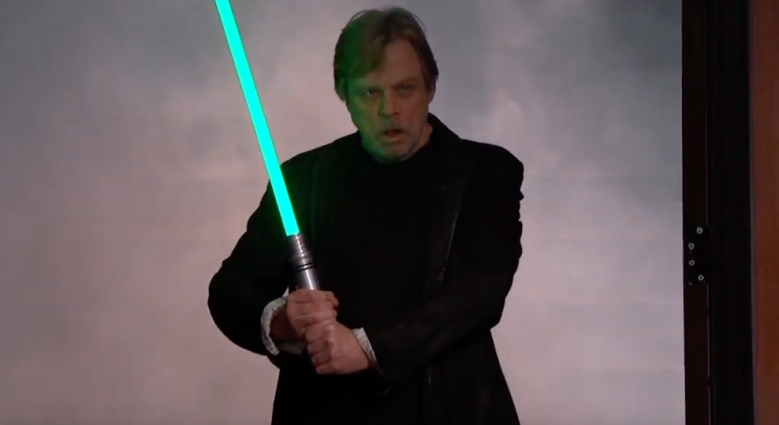 Adam Scott has been a huge fan of “Star Wars” since a very early age. When he was turning two, the “Parks and Recreation” alum sent a letter to Mark Hamill, inviting him to his birthday party, which didn’t happen. But on May 4, as fans celebrated National Star Wars Day, Scott finally had his wish come true.

READ MORE: Star Wars Day: The Best ‘Star Wars’ Movie is the One Nobody Talks About — Watch

The surprise took place during “Jimmy Kimmel Live!” Kristen Bell was the guest host for the evening, as Kimmel was home taking care of his newborn son William John Kimmel, who had to undergo open heart surgery a couple of weeks ago.

As Scott was sharing his story of how he had invited Hamill to his birthday party, the “Star Wars” theme came on and the actor looked puzzled. That’s when Hamill appeared, lightsaber in hand. “Happy belated birthday,” Hamill told Scott as the two embraced. “I was checking my diary, and that week I had two other birthdays, a Bar Mitzvah and a supermarket opening,” Hamill joked.

“This really is one of the best moments of my life,” said a very surprised Scott. Check out the complete segment below: