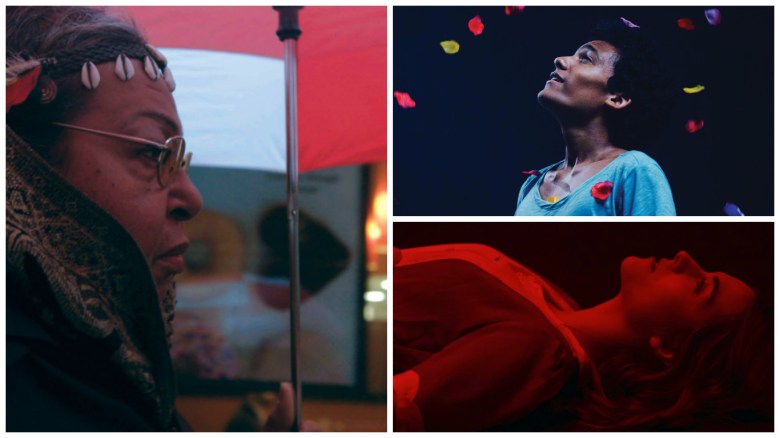 The 2017 Tribeca Film Festival has come and gone, but several of its highlights face an uncertain future. While the festival opened with an iTunes-ready documentary about Clive Davis and closed with back-to-back screenings of the first two “Godfather” films, many of the films in its competition sections arrived at the festival without distribution deals and ended it in the same state. Here’s at a few significant titles from this year’s edition that deserve to get picked up.

Overachieving multi-hyphenate Quinn Shephard was just 20 when she wrote, directed, produced, edited and starred in her feature directorial debut, a modern spin on Arthur Miller’s “The Crucible,” set in the witch hunt capital of contemporary America: the suburban high school. While Shephard cast herself as the film’s Abigail Williams — an outcast with secrets to spare who gets entangled with a smoldering substitute teacher, played by Chris Messina — the budding filmmaker’s strengths are clearer behind the camera, including her ability to get a handful of startling performances out of her actors, particularly Nadia Alexander. Shephard, a long-time actress with a slew of TV credits under her belt and a handful of film roles on the horizon, has already made it clear that she sees her future in filmmaking, and “Blame” is a banger of a first effort. Indie and upstart distributors would be wise to jump on board with Shephard now, she’s only going to fly higher as she matures as a woman and a filmmaker. —Kate Erbland

“The Death and Life of Marsha P. Johnson”

David France’s followup to the Oscar-nominated “How to Survive a Plague” is a brilliant combination of LBGBT history with the makings of a detective story. Following up on his earlier project’s focus on early nineties efforts to combat the AIDS crisis, the new movie explores the unsolved murder of trans activist Marsha P. Johnson in the early nineties — and the lone activist still seeking justice today. France’s use of archival footage effectively resurrects Johnson and the community she supported, while modern-day investigator Victoria Cruz provides a contemporary anchor for the movie’s underlying point — that trans people continue to face a dangerous world, and need all the help they can get. It’s a powerful statement that should continue to resonate for the world at its center when the movie gets out there. —Eric Kohn

Imagine a very special episode of “Glee,” with a touch of “Hedwig” grit thrown in, and comedic relief from the sisters of the girls from ‘Tangerine,” and you’ll have some idea of the world of “Saturday Church.” Damon Cardasis’ makes a splashy directorial debut with this sensitive coming-of-age musical about a cross-dressing teen from the Bronx who discovers queer family on the piers of New York’s West Village. Newcomer Luka Kain carries the film as Ulysses, blending a wise-beyond-his-years sadness with a hopeful naiveté. The film really picks up when Ulysses is adopted by a Greek chorus of three hilarious and gorgeous trans women (played by actual trans women! Imagine that). Featuring a cameo from radical trans author Kate Bornstein, Cardasis crafts the world of “Saturday Church” with as much care as he handles Ulysses, who seems guided by divine provenance even in his lowest moments. Striking the perfect balance of being teen friendly without sugar coating the harsh realities of the homeless LGBTQ youth who inspired the story, “Saturday Church” could cut across many demographics with the right distributor at the helm. —Jude Dry

Prepare to see the hyper-intense Christopher Abbott like you’ve never seen him before! Just kidding, Jamie M. Dagg’s breathless crime saga finds the actor evolving into his ultimate form: The millennial Anton Chigurh. Playing a mumble-mouthed hitman who likes to toy with his prey, Abbott sets the tone for this nerve-shredding neo-noir; it’s a story about a one-man crimewave that sweeps through a small town like wildfire, and Elwood is nothing if not a force of nature. A dark and densely packed chunk of pulp fiction, the film is set in a verdant Alaska valley, but it’s much more easily located in Coen brothers territory. It starts, as such things must, with a killing gone wrong. Lila (Imogen Poots, an ace femme fatale) only paid Elwood to shoot her two-timing husband, but the assassin from out of town gets a little impatient and murders two other men along with his target. Add a disgraced rodeo star (Jon Bernthal) and the newly widowed woman who loves him (Rosemarie DeWitt), and you’ve got the recipe for a film that’s suffocated by suspense. Gripping from start to finish, “Sweet Virginia” could be an excellent pickup for a small distributor looking for a strong day-and-date release during the dog days of summer. —David Ehrlich

Nathan Silver’s endearing melange of seventies-era references points will make diehard cinephiles salivate, but that’s not all it has to offer. The prolific director of minimalist dramas ranging from “Uncertain Terms” to “Stinking Heaven” reaches a whole new level of stylistic ambition with this enthralling portrait of a young flight attendant (Lindsay Burdge, “A Teacher”) who hits rock bottom after her lover commits suicide. On a whim, she falls for a grimy Parisian bartender (Damien Bonnard) and begins to stalk him around the city, even taking a job at the unseemly strip club where he works. The ensuing story is a pitch-black comedy about romantic desperation and life abroad that suggests Rainer Werner Fassbinder doing “Simon Killer.” If that means anything to you, check out “Thirst Street.” Others may be intrigued by Angelica Huston’s monotonous voiceover, which adds an air of deadpan comedy to the story as it grows increasingly tense and unpredictable. As a gateway to international cinema and an actor’s showcase, “Thirst Street” is a microbudget cinematic treat. —EK

This Article is related to: Film and tagged Memo to Distributors, Tribeca 2017