The "Skip Intro" feature is offensive if you're a film fan... but it's admittedly helpful for TV binges. 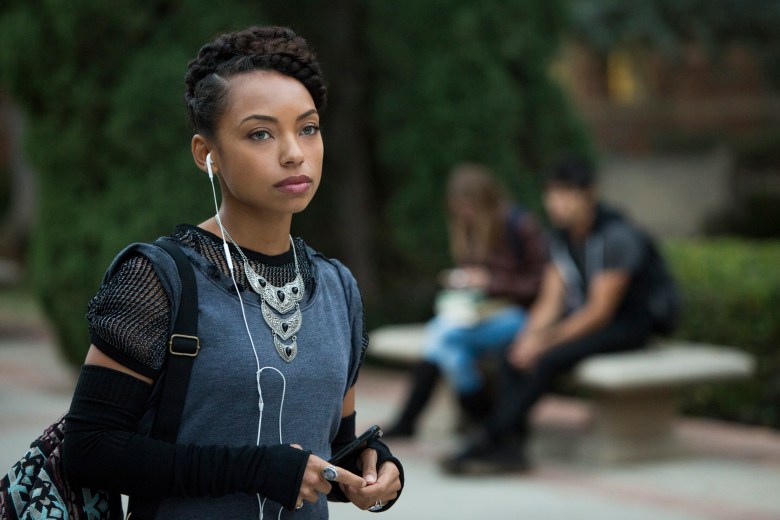 It’s kind of impressive, the way Netflix continues to find new ways to piss off cinephiles. The latest move: A “Skip Intro” button that allows viewers to blow past the opening credits of a movie. By pressing the Skip Intro feature for “Forrest Gump,” for example, viewers have been spared two minutes of watching a feather delicately drift to earth while Alan Silvestri’s iconic score plays — instead, the film leaps right to “Screenplay by Eric Roth” and Forrest (Tom Hanks) offering up some chocolates.

Many see the introduction of the “Skip Intro” option on films as insidious, another way in which Netflix is compromising the concept of film as an art form. The feature isn’t available across all films — “Schindler’s List,” for example, is unaffected — but the complaint is a fair one. The opening credits are an opportunity for a filmmaker to set the scene for his or her work, introduce ideas and themes. What would “Deadpool” be without its tongue-in-cheek skewering of film credits? Would James Bond seem as cool without a big opening number? And then there’s the ouevre of Saul Bass and the amazing Bass-inspired works that succeeded him.

However, here’s a good question: Why is it different when you skip a TV show’s opening credits? Much like with film, when done well, a TV show’s opening credits can tell you everything you need to know about what to expect from a series, from tone to character to story. It’s more than just names flashing on a screen — it’s an overture.
And to a TV fan, the opening sequence of a TV show is a vital, essential part of the series, an aural and visual clue that triggers your excitement. Especially when it comes to the music: The opening guitar riff of “Friends” theme “I’ll Be There For You” or the eerie synthesizers of Mark Snow’s opening song for “The X-Files” can sometimes be enough to suck you into watching an episode.

That said, the Skip Intro feature was initially created by Netflix for TV — at least, that’s where people first noticed it appear. While binge-ing, it’s pretty easy to stop watching the opening sequence by around episode 3, either by muting the sound or skipping it altogether depending on the situation. That’s true even when the service doesn’t provide a technological option – on HBO Go, for example, with enough practice it’s not too hard to figure out the exact place to click on the video timeline to skip the opening sequences for “Sex and the City” or “Entourage.”

What makes the opening credits of a TV show feel skippable? The easy answer is that the repetition makes it unnecessary to watch the opening more than once or twice. In fact, there are some Netflix originals where the “Skip Intro” feature is a very welcome one.

One of the service’s odder quirks is that many of its shows, even though they were created specifically for the platform, have epic-length opening sequences. “House of Cards” clocks in at 1:43, “Sense8” is 1:50. Even “Grace and Frankie,” a half-hour comedy, features an opener that’s 35 seconds long. Each of these credits sequence is well-done and engaging… the first time. A few more viewings, and the repetition gets old.

That said, there are increasingly more series that seem conscious of the fact that binge viewing requires a rethink of how to execute opening sequences. “Dear White People” has a brilliant solution: Rather than a formal title sequence, each “chapter” begins with Giancarlo Esposito’s narration setting up which character will be the focus of that installment, followed by a title card featuring a portrait of that character: It takes just a few seconds, sets up the episode’s subject matter, and keeps the series moving along at a deliciously binge-able pace.

Meanwhile, another Netflix series with an intriguing approach to its opening credits is “BoJack Horseman.” The animated series begins with its anti-hero drifting drunkenly through what amounts to a typical day asa washed-up TV star. But pay attention over the course of a season, and you’ll observe small changes creeping into the background, updating the action as the show’s narrative moves forward.

Netflix has not enabled the “Skip Intro” feature on “Dear White People” and “BoJack,” which in some ways proves their power, and offers an important message to creators: Don’t want people to skip the opening credits? Make sure they can’t be missed.