Paolo Sorrentino won’t start production until 2018, but until then, we have a few ideas. 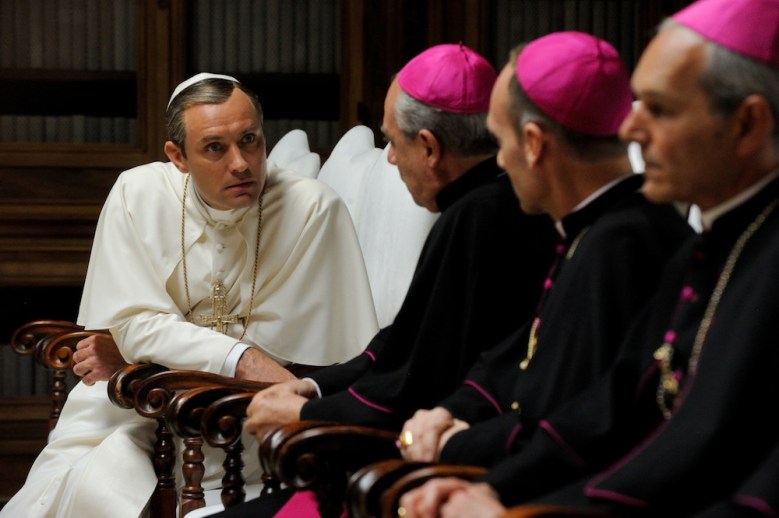 Can “The New Pope” succeed without the charisma, talents and star power of Jude Law?

With Tuesday’s announcement that Paolo Sorrentino’s “The Young Pope” will no longer continue and that, instead, he’s working on “The New Pope” as his next limited series, doubts have started creeping up online. Jude Law’s performance as the conflicted Lenny Belardo, who became Pope Pius XIII, was nothing short of masterful. Come Emmy nominations, if Law does not get the proper recognition, the Emmy voters will have to answer to a higher power.

Even before we saw his portrayal, Law’s big-screen name recognition was an instant draw for a series that many viewers were initially wary of. We cannot discount his natural charm and good looks, either. After all, that’s precisely what made Lenny different from the popes that preceded him, and he used this to his advantage, even remarking upon it himself a few times.

READ MORE: ‘The Young Pope’ Is Over; ‘The New Pope’ Is Paolo Sorrentino’s Next HBO Limited Series

But what really made “The Young Pope” work was Law’s ability to embody the wide range of whimsicality that was asked of him. From frightening outrage and frosty demeanor to puckishly playful and heartbreakingly vulnerable, Law brought a vibrant humanity to the character that belied the early images of him smoking in papal robes. And yet, he did it all with an unerring sense of humor that brought immeasurable joy and will live on in .gifs and memes for years to come.

This farewell to Law as Lenny brings home the idea that whoever is going to be “The New Pope” has a big hat to fill. Lenny was seen as a maverick because his traditional view of religion was at odds with the modern world we live in (and his youthful, modern exterior). The resulting conflict created audacious and intriguing interactions that stimulated the way viewers thought about morality and religion.

Moving forward, “The New Pope” will need to push that line even more. What better way to do this than to have a female, gay, black or married pope? Let’s break down the possibilities: We know, we know, we know. A female pope will never happen. The papacy and Catholic religion is about as patriarchal as they come, and even current “cool pope” Pope Francis declared that women will never be allowed to be priests, which is pretty much the first requirement of being a pope. Even for some reason if this rule were relaxed, becoming pope is as much about politicking as it is about knowing your Latin. Moving up in the ranks to eventually become a Cardinal would be impossible as well, but even if that happened, one would have to convince the other male Cardinals to vote you in. Good luck with that!

The story possibilities would be fascinating, as well, when it comes to the influence of women in religion (many nuns are community leaders and run schools), women’s reproductive health, and marriage. The show is supposed to be provocative, so why not actually provoke some conversation? While this may seem like another impossibility on the surface, having a gay pope is probably far more realistic than a lady pope. First of all, a gay pope can be a man, so huzzah for the continuation of the patriarchy! Besides, many priests are gay anyway, which shouldn’t matter because aren’t priests supposed to be celibate? This is one argument that Gutierrez (Javier Camara) made to Lenny when it came to his hardline anti-gay policies. Could Gutierrez be the next one in line for the papal robes?

Pope Francis has loosened up on his stance on homosexuality, although he didn’t go so far as to say gay people should be priests. But in 2016, he said, “I repeat what the Catechism of the Catholic Church says: that they must not be discriminated against, that they must be respected and accompanied pastorally. The Church must ask forgiveness for not behaving many times — when I say the Church, I mean Christians. The Church is holy; we are sinners.” That’s a start at least.

While ancient history has shown that there were three African popes, we don’t have any photos or illustrations to let us know what exactly that meant racially since people from the continent of Africa can range in appearance. The point is though that there hasn’t been a black pope that anyone has specifically recorded, and therefore would be new ground to cover especially since we’re paying attention more and more to the racial disparity that continues to plague our countries.

Before Pope Francis came on board, one of the Cardinals that could have been considered was Peter Kodwo Apppiah Turkson of Ghana. Perhaps Sister Mary (Diane Keaton), who we last saw leave to work in Africa, will be instrumental in bringing a black pope to the masses. Celibacy and being single wasn’t always the way of the Church, and in fact, some popes were even married during their papacy. This all came to an end with the Second Lateran Council when celibacy was made a prerequisite for ordination into the priesthood. We suppose it’s possible to be married and celibate, but those circumstance would have to be unique.

Pope Francis had shown interest in ordaining married men as priests, especially if it meant they could help out in more remote or rural areas (and we can’t have Lenny send people out to Ketchikan, Alaska anymore as punishment). There are already married priests in America, though, since Pope John Paul made a policy change that allowed married Episcopalian priests to convert to Catholicism. Regardless, this would create an extra wrinkle to an establishment that we think we know. Where would the pope’s wife stay? What about their kids?

None of the aforementioned ideas would be easier or even popular. That said, we have faith in Sorrentino to work the same magic that allowed Lenny to be a kangaroo whisperer and somehow figure out a way to make this happen, if only for a limited time before “The Next Pope” happens.

This Article is related to: Television and tagged HBO, Jude Law, The New Pope