This could be the best Memorial Day weekend box office in three years, but this holiday isn't what it used to be. 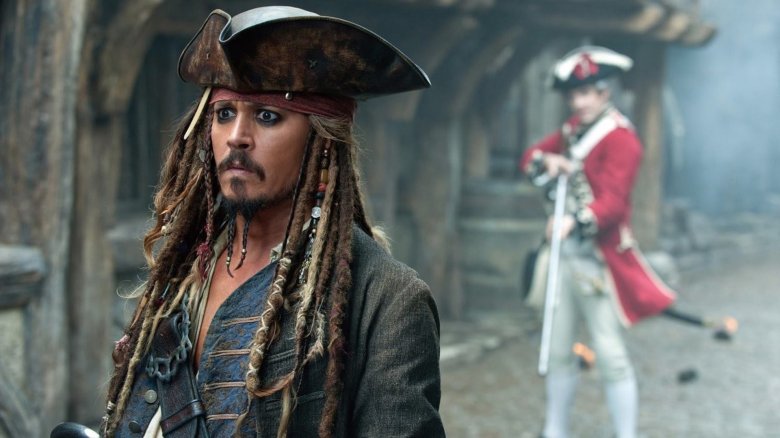 “Pirates of the Caribbean: Dead Men Tell No Tales” and “Baywatch” lead what could be the best Memorial Day weekend in three years. But as holidays go, Memorial Day isn’t what it used to be.

The schedule’s changed. More of the top summer releases go for early May, and given that many studio blockbusters must divide their loyalties between the international and domestic calendars, the last weekend of May has lost some of its appeal.

Holding the record for the biggest-ever opening on Memorial Day weekend is “Pirates of the Caribbean: At World’s End” in 2007. This the first “Pirates” in six years; is the audience still there? (We’ve seen the pessimistic take on that question with “Alien: Covenant,” which came five years after its last.)

“Pirates: Dead Men”  should outgross any three-day Memorial Day weekend opening since 2014, but even so will rank at the low end of the franchise’s debuts. Through Sunday, expect $60 million-$65 million. With a $230 million production price tag, that means the rest of the world will need to be far bigger, which is likely; in 2011, “On Stranger Tides” did almost 80 percent of its total overseas. (And that’s before China took its dominant role.)

International elements abound in “Pirates: Dead Men.” Unlike earlier entries directed by veterans Gore Verbinski and Rob Marshall, Disney reached out to Norwegians Jochim Rodding and Espen Sandberg, whose “Kon-Tiki” was an Oscar Foreign Language nominee. (They also directed 20th Century Fox’s “Bandidas” in 2006, with Salma Hayek and Penelope Cruz.) The Australian-made film has Javier Bardem as the villain, and an otherwise substantially multinational cast.

But most of all, it has Depp. Even when he fails, he’s a hero: Last Memorial Day’s “Alice Through the Looking Glass” and “The Lone Ranger” are remembered as domestic flops, but they grossed a combined $400 million in international ticket sales. The summer-themed “Baywatch” chose the Memorial Day for its holiday lure as well as the date’s R-rated comedy precedent (see: “The Hangover” series). More than anything, however, it wants to copy the success of the two “Jump Street” movie adaptations, which successfully added more comic elements and adult appeal.

Johnson is coming off “The Fate of the Furious,” and last summer he saw “Central Intelligence” with Kevin Hart open to $30 million. That would seem to be a reasonable target for this, although mostly negative advance reviews might have an impact (the “Jump Street”films had good critical response).

However, both “Pirates: Dead Men” and “Baywatch” feel a bit late in their respective cycles and lack the edge of originality that has pushed some of this year’s bigger successes.

“Guardians of the Galaxy vol. 2” (Disney) has actually outgrossed “Alien: Covenant” every day since Friday, so don’t be surprised if it takes third spot this weekend. Netflix has two films opening in token theaters this weekend day and date. David Michod’s “War Machine” with Brad Pitt, and Australian director Cate Shortland’s “Berlin Syndrome” (which premiered at Sundance) will have nearly all their viewing via Netflix.

This Article is related to: Film and tagged Baywatch, Box Office, Pirates Of The Caribbean: Dead Men Tell No Tales