Laura Poitras revealed one movie about Julian Assange at Cannes a year ago. Her new version is even better. 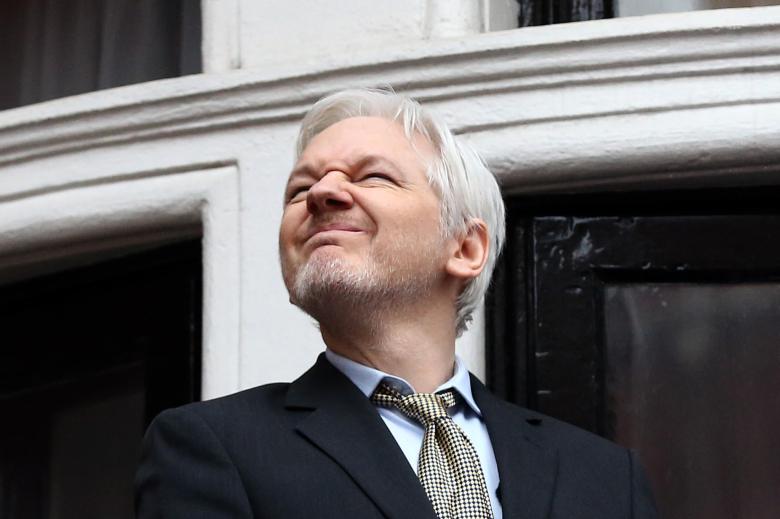 Peripatetic filmmaker Laura Poitras never imagined that “Risk,” her follow-up to the demanding Oscar-winning Edward Snowden documentary “Citizenfour,” would present another set of daunting challenges. This time she’s up close and personal with controversial WikiLeaks founder Julian Assange, as he gets on the phone with a lawyer in Hillary Clinton’s State Department in 2010 to alert them of a massive dump of unredacted State Department documents on his site.

Poitras and her two cinematographers catch telling details: Assange, with dyed hair, assuming a disguise, has trouble inserting his colored contact lens. Flames lick at shredded documents in a bowl. Kirsten Johnson’s camera looks down from above on Assange emerging from a London court, surrounded by photographers and supporters. (“We were thinking of Coppola’s ‘The Conversation,'” said Poitras.) The filmmaker mounts a camera to shoot him from the back of his motorcycle as he dodges cars at top speed.

If she’s glamorizing him, it doesn’t last long. Over six years of filming, this fugitive from justice’s dramatic story presented its own tangle of ethical dilemmas. “It’s been a hard project,” Poitras admitted in our telephone interview, which may be the understatement of the year. This is the dramatic story of her struggle to finish a project years in the making, and why it took a dramatic turn. It’s easy to see how Poitras, who after her 2010 Osama bin Laden documentary “The Oath” was on FBI watch lists, hassled and detained at airports every time she left or entered the country, would feel compelled to film Assange and his rebel band of outsiders. They made a deal: the filmmaker would have journalistic independence, but she would show Assange the film before release and listen to his notes.

“I was always a filmmaker documenting WikiLeaks, not a volunteer,” she said. “Yeah, there’s affinities, but in the middle of doing this there were also divisions. Julian compartmentalized information. He wouldn’t tell me what he was going to do. Before he went into the [Ecuadorian] embassy, I thought he might leave the country. He wasn’t going to tell me, I was filming scenes as they were happening. When he goes to his hotel room to change his appearance, I thought he was going to court that day. That was as a surprise to me. ‘Oh, okay.'”

After the debut of 25 minutes at the New York Film Festival in 2015, when Poitras was planning then-titled “Asylum” as an episodic documentary series for her documentary collective Field of Vision, she shifted to structuring a two-hour feature that played at Cannes in Directors Fortnight almost a year ago. It didn’t take long for that version to go back to the editing room as well.

Next: How Assange turned against his former ally.