Martin Scorsese presented De Niro with the Film Society of Lincoln Center’s Chaplin Award, noting that the two men would soon start working on their next movie together. 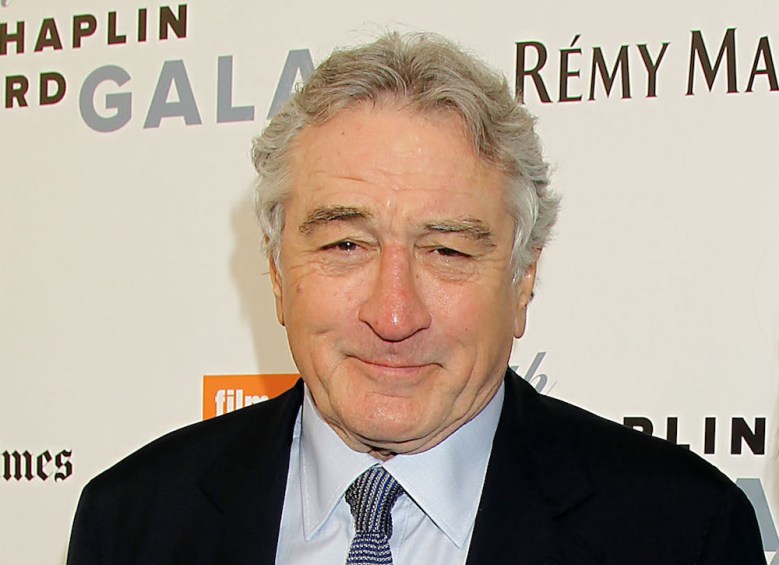 Robert De Niro took dead aim at President Donald Trump during an acceptance speech for the Film Society of Lincoln Center’s Chaplin Award in New York on Monday. After several of De Niro’s closest friends and colleagues honored him at the 44th annual Chaplin Award Gala, the iconic actor and filmmaker delivered a heartfelt speech that both paid tribute to the award’s namesake, Charlie Chaplin, while also criticizing the Trump administration for its position on issues ranging from healthcare to education to the environment.

“Everyone knows Chaplin was a great artist, but he made his movies to entertain. It was only later that they became art,” De Niro said in his speech. “I’ve been thinking about this a lot lately because of our government’s hostility towards art. The budget proposal, among its other draconian cuts to life-saving and life enhancing programs, eliminates the National Endowment for the Arts, the National Endowment for the Humanities and the Corporation for Public Broadcasting. For their own devices and political purposes, the administration suggests that the money for these all inclusive program goes to the rich, liberal elite. This is what they now call an alternative fact. I call it what it is — bullshit.”

Martin Scorsese, who has worked with De Niro on eight movies, hinted that their next collaboration, on the $100-million gangster movie “The Irishman” that Netflix acquired earlier this year, could start in as soon as “a few weeks.” There has been no official announcement about a start date for the movie, but rumors have been swirling that the film could begin shooting this summer.

De Niro also congratulated everyone in attendance who helped contribute the $1.7 million raised for the Film Society in his speech, noting that such funding for the arts supports the great body of work of directors like Martin Scorsese and Barry Levinson, the “dumbass comedies of Robert De Niro,” and the “overrated performances of Meryl Streep,” a reference to one of Trump’s tweets in which he called Streep “one of the most over-rated actresses in Hollywood” shortly after her Golden Globes speech criticizing him. “The administration’s mean-spiritedness towards our art and entertainment is an expression of their mean-spirited attitude about people who want that art and entertainment, people who also want and deserve decent wages, a fair tax system, a safe environment, education for their children and healthcare for all,” De Niro said.  “All of us in film — directors, actors, writers, crews, audiences — owe a debt to Charlie Chaplin, an immigrant who probably wouldn’t pass today’s extreme vetting. I hope we’re not keeping out the next Chaplin.”

Here’s what some of De Niro’s many collaborators had to say about him before he received his award.

“I’m here to talk about funny De Niro. His incredible renaissance as a comedic star, which was kicked off by his brilliant turn in ‘Analyze This’ continued on with “Meet the Parents” and then finally came to a screeching halt with ‘Little Fockers.’ Working with him has been one of the highlights of my life, and getting to know him as a friend is something I never dreamed would happen, and he’s assured me it won’t. But really honestly the truth is that he’s an incredibly intimidating person, but he’s also one of the sweetest, most loyal people that I’ve ever met.”

“Robert De Niro is often asked how he does what he does. What’s his process? What is the source of his working genius in discovering and delivering some of the most indelible characters in our film history? His answer is remarkably consistent.” Streep then did her best impression of a number of classic De Niro facial expressions and gestures, without saying anything.

“He doesn’t want to explain himself and he shouldn’t have to because his work really does speak for itself,” she said, adding that seeing De Niro act in two of his early movies convinced her that she had found a mentor for the rest of her life. “I thought…I’m just going to watch everything this guy does and I’m going to follow him, because he knows something profound about what it is that we do, and if I just follow his lead I will learn something, and I have — I have learned from you my whole life.”

“He’s been able to do things that most actors just pray for…When he and Craig [Hatkoff] and Jane [Rosenthal] created the Tribeca Film Festival he did it because that’s what he does. He saw something that needed to happen. He saw an area that was devastated and instead of running he said ‘No, we’ve got to do something.’ So he gathered up a bunch of folks, including myself, and put together something that has endured and become truly a mainstay in New York City.”

READ MORE: Michael Moore on Broadway: 5 Things You Should Know About His Attack on Trump

“When we did ‘Mean Streets’ in 1972 we were in L.A. shooting the film and Bob suggested in rehearsal that there be a scene that was added with him and Harvey Keitel that would kind of set the tone for their relationship, and I thought it was a great idea. As we were doing the scene I sensed there was something really extraordinary going on with them, and sure enough, in the editing of the film it crystalized. It was a perfect set up for the whole film and the culture and the people. We went off, came back together on ‘Taxi Driver,’ and by that time when he had suggestions, every now and then he’d come up to me and say ‘I’ve got this idea. It’s a little off, it’s a little crazy’ and I’d say, ‘Don’t tell me. Let’s just shoot it.’ And invariably when he played out these ideas in front of the camera, of course I loved it, and watching him, I became the audience.”