Genndy Tartakovsky's 130-minute feature doesn't get the credit it deserves for realizing the potential of the Star Wars universe. 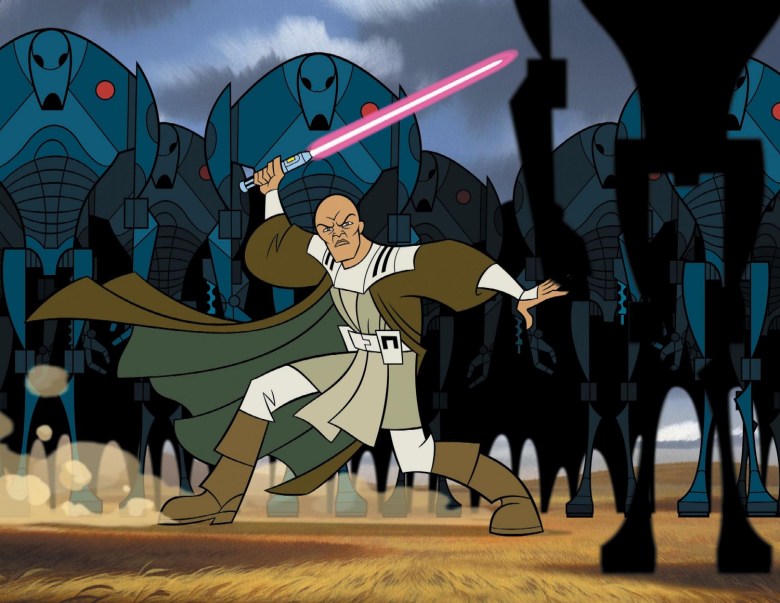 Most diehard “Star Wars” fans swear by “The Empire Strikes Back” as the best entry in the franchise, and for a couple of decades, this was an accurate perception. The release of George Lucas’ prequels only further enhanced appreciation for the first sequel in the series, which is rich in imagination and intrigue. But while the “Star Wars” universe continues to expand in scope, nothing has nailed the possibilities of this sci-fi/fantasy excursion better than the animated 2003 “Star Wars: Clone Wars,” directed by Genndy Tartakovsky, and yet nobody talks about it.

That’s partly because the Clone Wars story has revised and expanded into a new series that launched in 2008, which also tells the story of the dramatic showdown between warring factions that took place in between the events of episodes II and III. But it’s also because Tartakovsy’s “Clone Wars” isn’t often seen as a movie: It aired as a series of mini-episodes on Cartoon Network ranging from three to 12 minutes; viewed collectively, however, these installments amount to a tense, absorbing 130-minute action-adventure, one that uses the animated medium to liberate the possibilities of the Star Wars franchise by recognizing all of its strengths at once. In a just world, every Star Wars Day would pay tribute to it.

The irony is that “Clone Wars” takes place within the confines of Lucas’ new additions to the storyline, all of which turned an imaginative world into the cheesy saga of a whiny kid, and buried the excitement of the universe in bland diplomatic proceedings occasionally elevated by a well-choreographed battle. In “Clone Wars,” however, young Obi-Wan Kenobi is a commanding figure leading a daring attack against the Confederacy of Independent Systems as the Jedi’s numbers have started to wane. Anakin Skywalker is a promising disciple with the potential to salvage the struggling Jedi forces, even as his darker tendencies have started to surface. Yoda, Mace Windu and General Grevious all come and go. But mostly, Tartakovsky uses these characters and situations to create a breathless action spectacle in which Jedi powers and imaginative weaponry yield a visually intoxicating immersion into the “Star Wars” formula boiled down to its very essence. From the opening shot of a silhouetted Yoda barreling into battle atop an armor-clad kybuck, Tartakovsky makes it clear that his take on “Star Wars” will be brilliantly operatic, attuned to the iconic nature of the material and willing to push it to expressionistic extremes. The saga never lets up, but it always comes equipped with engaging approaches that frame the spectacle in vivid terms and tie it into a complex world.

Take, for instance, the astonishing six-and-a-half minute sequence in which Mace Windu singlehandedly demolishes an army of droids with only a lightsaber and the powers of his mind. Even as Tartakovsky brings us into the action, shifting between busy images of robots and spacemen tumbling through the sand as Mace Windu leaps and slides around them, he frames the scene around the perspective of a young boy watching the chaos from atop a hill. The moment ends with the boy handing the weary Jedi a drink of water, in a gentle exchange that suggests a semblance of humanity lurking beneath the constant mayhem. It’s one of the most emotionally resonant moments in over 40 years of “Star Wars,” and it takes place without a single line of dialogue.

It’s also very reminiscent of “Samurai Jack,” the stylish blend of eastern and western action traditions that Tartakovsky had just finished up on Cartoon Network when “Clone Wars” began its run. Now, Tartakovsky is finishing the series on Toonami with a long-awaited miniseries that continues his marvelous vision of action-based storytelling. In the meantime, “Star Wars” itself has made a comeback with movies more precisely engineered to please audiences eager to see the same formula rehashed with dazzling new effects. But Tartakovsky achieved something better than that: His “Clone Wars” gave viewers something they never expected, something that realized the potential of “Star Wars” beyond their wildest dreams, and it deserves to be recognized as such.

Watch “Star Wars: Clone Wars” in its entirety below:

This Article is related to: Film and tagged Reviews, Star Wars: The Clone Wars