You might say the country considers itself under siege. 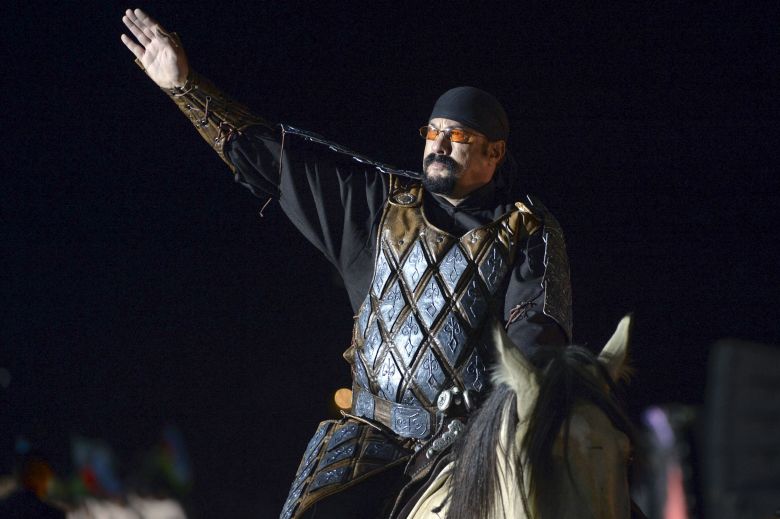 In the immortal words of CineFile Video, Steven Seagal is hard to kill but easy to love. Ukraine apparently disagrees, as the action star, energy-drink entrepreneur and Russian citizen has been labeled a national-security threat and banned from the country for five years. Other cultural figures have likewise been declared personae non gratae after they have “committed socially dangerous actions … that contradict the interests of maintaining Ukraine’s security,” according to a letter published by Apostrophe (via the Guardian).

Seagal, whose work in “Under Siege” rivals Jean-Claude Van Damme’s in “Bloodsport,” has called Russia’s decision to annex Crimea “very reasonable” and is a well-known supporter of Vladimir Putin. That obviously doesn’t sit well with Ukraine, who in 2015 included the actor on a proposed blacklist of cultural figures who “speak out in support of violating the territorial integrity and sovereignty of Ukraine.”

Seagal is also a well-known environmentalist and animal-rights activist. His most prominent semi-recent film appearance was in “Machete,” and he continues to star in direct-to-video action films.

This Article is related to: Film and tagged Steven Seagal, Ukraine, Vladimir Putin