The new season takes place over the course of just a few days. 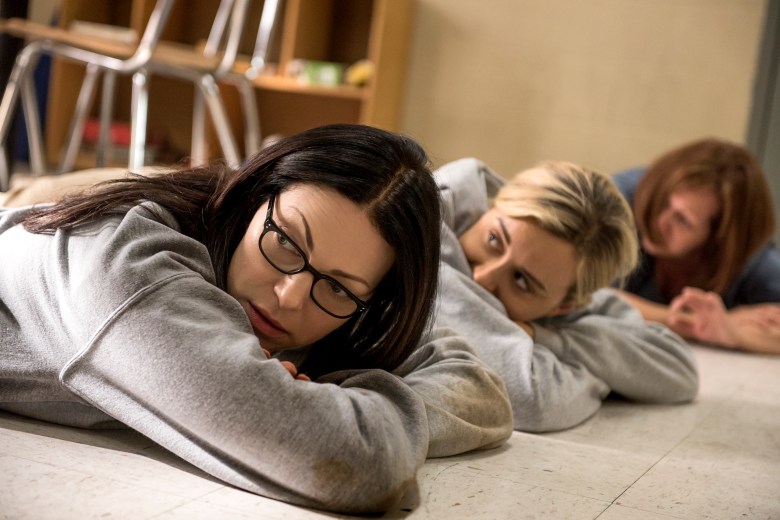 Thanks to a group of hackers, 10 episodes from the upcoming season of “Orange Is the New Black” were recently leaked online. There’s still plenty to wonder about even for those who’ve watched the Netflix drama via illicit means — season five’s final three episodes weren’t compromised — and Taylor Schilling has hinted at what this latest go-round holds in store in a new interview with The Hollywood Reporter.

The new season takes place over just three days, one effect of which is that the show’s large ensemble is sometimes in the same place at the same time. “In prison, the real stakes of your life are so heightened, it’s as heightened as It can be because your life is falling apart. But the collective stakes for the first time are heightened” in these new episodes, says Schilling.

“Where everyone is dealing with the same crisis and has the same issue and in that, it’s really interesting to see alliances come together and what parts of people come to shine. It’s very cool to have everybody on the same mission together.”

All 13 episodes of “Orange Is the New Black” season five are available to stream on Netflix as of June 9. Read the rest of Schilling’s interview, in which she also discusses her new film “Take Me,” here.

This Article is related to: Television and tagged Orange is the New Black, Taylor Schilling