The "Spectacular Now" and "End of Tour" director explains why "Rodham" was shuttered in the run up to the election, but is actually more relevant in the Trump era. 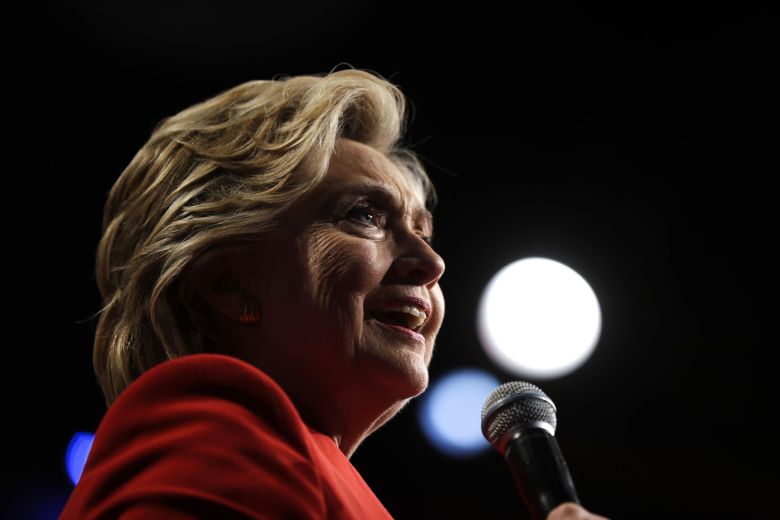 When Young Il Kim’s script “Rodham” landed near the top of the Black List rankings of best unproduced screenplays, it became one of the most buzzed-about projects in Hollywood.

The story captures a younger Hillary Rodham at an unique moment in her life. Straight out of law school, Clinton joined the House Judiciary Committee tasked with coming up with the legal foundation to impeach President Nixon, while at the same time balancing her relationship with then-boyfriend Bill Clinton, who was back in Arkansas.

A story that shows a rarely seen human side of the brilliant young woman instantly drew the interest of director James Ponsoldt. The project looked like a go when Lionsgate jumped aboard, but was put into turnaround toward the end of 2015.

Ponsoldt told IndieWire that when the project was abandoned, it was in part because of the upcoming election.

“The idea that something you could make, even something that is genuinely a character study of someone that ends 40 years ago, the idea that it could be weaponized to hurt someone, is something I’m not interested in,” said Ponsoldt. “There’s a level of scrutiny that’s one of the most famous people on earth, where you just have to get it so perfect.” For Ponsoldt, there was no way to make a movie about Clinton in 2015-2016 that wouldn’t be seen through the lens of the election.

“It was definitely something for myself I would never want to make — this goes for ‘The Circle’ or a movie about Hillary Clinton — something that was overtly a propaganda film that was for or against something,” said Ponsoldt.

However, Ponsoldt said he hasn’t abandoned the project and sees it as an even more “relevant” after Clinton’s electoral defeat. The script’s idealism in the time of Watergate is a celebration of public service that puts country over politics, which Ponsoldt sees as being even more timely in the Trump era.

“[The script] was about that group, that beehive of people that [were] working across the aisle to protect the integrity of the White House and of democracy in a really kind of idealistic way,” said Ponsoldt. “It was a bipartisan group, Republican, Democrat. There were very well-known people that were fairly anonymous and young at that point, like Hillary Rodham.”

When asked directly if he was still trying to make the movie, Ponsoldt answered:

“To me there’s something tragic, to be honest, tragic at this point in time for our country and tragic that someone who genuinely — I mean, this captures someone in their mid 20s who was the best of us,” said Ponsoldt, who confirmed he would still like to make the film. “I think she was a deeply — the time that it looks at — she was a deeply, deeply inspiring person, who clearly was going to go on and change the world.”

Ponsoldt is currently writing “Wild City,” a Disney CGI/live-action hybrid that’s based on his original idea about wild animals in Los Angeles.

LISTEN TO THE PODCAST BELOW

The Filmmaker Toolkit podcast is available on iTunes, Stitcher, SoundCloud, and Google Play Music. The music used in this podcast is from the “Marina Abramovic: The Artist is Present” score, courtesy of composer Nathan Halpern.

This Article is related to: Toolkit and tagged Hillary Clinton, James Ponsoldt, Podcasts, The Circle