"The Last Man on Earth" is on its last legs in the ratings, but the Season 3 finale teased a future we desperately want to see. 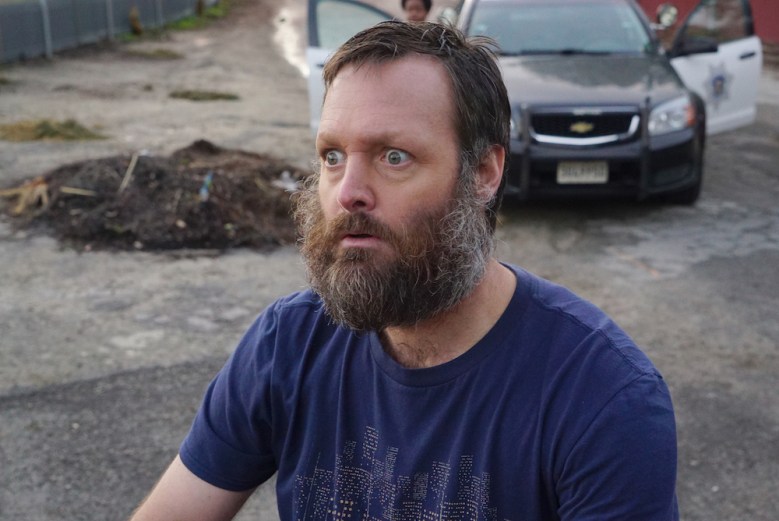 Will Forte in “The Last Man on Earth”

Early Sunday afternoon, Will Forte made one last plea to his fans — and the internet at large — to catch up on “The Last Man on Earth” before it’s too late.

Tonight! 9pm! The 1 hour season (series?) finale of The Last Man on Earth. Why’d I include this vid? Some kind of hint?😏Plz spread word, YFT pic.twitter.com/KtqHq1exND

The video was as goofy, unpredictable, and ebullient as the series itself. It wasn’t as funny, but that’s because the efforts put into every facet of “Last Man” can’t possibly be duplicated by just two people and a cameraman. It’s a group effort, brought to beautiful fruition from each member of the cast, writers’ room, and production staff. Unfiltered joy can be felt emanating from the screen from the sets alone, making the aesthetics as enjoyable as the last minute twists. And that was certainly the case in Sunday night’s finale, all the way down to the final jubilant second.

Before we continue with this review, if, for whatever reason, you’re reading this without watching the two-part Season 3 finale, please do so. Views via Hulu and Fox’s streaming site still help, and it would be a shame, as Forte cryptically acknowledged in his tweet, if these episodes were the last — and not just because of the the cliffhanger ending.

[Editor’s Note: The following review contains spoilers for “The Last Man on Earth” two-part Season 3 finale, Episode 17, “When the Going Gets Tough,” and Episode 18, “Nature’s Horchata.”] OK, so let’s talk about the shot heard ’round the world. Astute viewers will remember Kristen Wiig’s Pamela Britton from the midseason premiere, “Got Milk?” — a half-hour devoted entirely to Wiig (and partially to the blessedly omnipresent actress of 2017, Laura Dern). Her character conned her way into an underground bunker that saved her life, as well as her dog Jeremy, but she was slowly driven insane by the isolation. Luckily, Pamela figured out how to use the drone, and then discovered the rest of our survivors because of it. She worked up the nerve to go find them by episode’s end, but that was the last we saw of her.

READ MORE: ‘The Last Man on Earth’s’ Will Forte On Why He Turned Down ‘Saturday Night Live’ (The First Time)

Until now. Wiig put a quick — and bloody — end to Pat (Mark Boone Junior), the paranoid madman who tried to kill everyone before they bailed on the Malibu estate. And I gotta say, for as excruciating as it was to watch Tandy delay the group’s seaward departure with a series of pointless toasts, all his tomfoolery paid off when Pamela appeared behind Pat, holding a gun and timidly introducing herself. Rarely, if ever, have I laughed so loudly at such a brief final image.

The hour-long finale didn’t quite match the height of its ending, but it did set up a future worth rooting for. “When the Going Gets Tough” overworked a classic “Last Man” formula: Let Tandy be Tandy until the others can’t take it. Since his goofy attempts at camaraderie have shifted from malevolent to innocent (post-Season 1), their entertainment value has shot skyward. But his bits can be a touch too predictable compared to when the plot kicks in, and Forte has to work so hard to keep the energy up and the content — this time over-helping in the delivery room — fresh. And yet both episodes felt as unconventionally intriguing as the rest of Season 3. The nuclear power plant explosion was keenly foreshadowed by last week’s falling satellite, which in turn was predicted by the dearly departed Lewis (Kenneth Choi). But Tandy’s wide-eyed astonishment upon discovering the disaster should have matched viewers at home: The way in which it was hinted at in previous episodes prepared us without spoiling us for what actually went down; a practice in which “Last Man” has proven itself an expert.

READ MORE: Canceled or Renewed?: Take the Quiz to Find Out Whether Your Favorite Show Will Survive

Throw in some quality time with Carol (Kristen Schaal), who had a mini-breakdown worth savoring while Erika (Cleopatra Coleman) was giving birth, and a Tandy-atastrophe for the ages (when he burned down Carol’s home, thus signaling Pat to their presence in L.A.), and there was more than enough life in the season’s end to justify more time in this post-apocalyptic world. The idea of this out on the open ocean, likely with Pamela in tow, is infinitely more appealing than when “Fear the Walking Dead” tried it. Plus, the elimination of one tired threat while adding an enticing new face teases another exciting shift in group dynamics.

“Last Man” works best when its cast is forced to readjust, and Forte & Co. has been great at consistently pushing their buttons — be it the slow addition of cast members, a regular shift in locales, killing off characters in heartbreaking (Phil) and hilarious (Jon Hamm’s Darrell) fashion, or tossing in a wild card (most recently, the mute child Jasper, played by Keith L. Williams).

Kristen Wiig is too tempting to pass up, and hopefully Fox realizes as much. “The Last Man on Earth” started as a bold experiment and developed quickly into one of TV’s most refreshing comedies. Don’t turn off the lights, just yet. Forte deserves to end this on his own terms.

This Article is related to: Television and tagged The Last Man On Earth, TV Reviews, Will Forte