It's unclear if Jude Law will be returning. 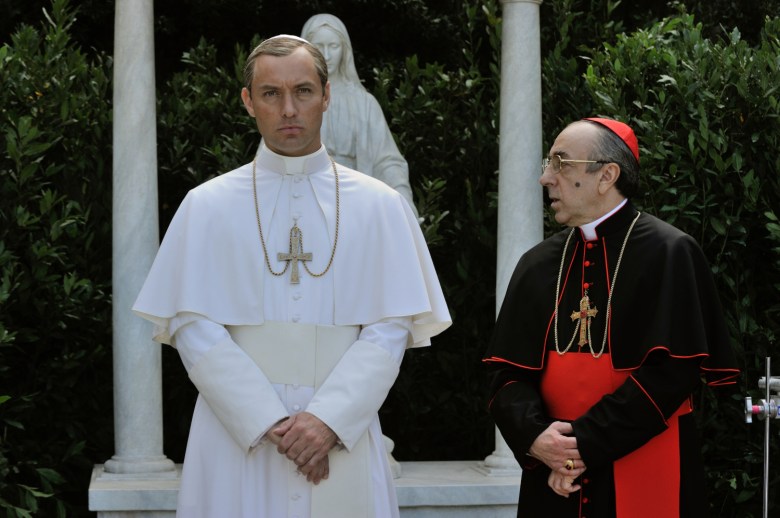 Cue the white smoke. There will be a new pope in town… again.

HBO announced on Tuesday the new limited series “The New Pope” from Paolo Sorrentino, who previously created the critically acclaimed “The Young Pope.” It is the second limited series from the Oscar winner set in the world of the modern papacy.

Sorrento and Umberto Cantarello will work on the screenplay (although Sorrentino told IndieWire in February that he had already written Season 2). The joint production between HBO and Sky won’t begin shooting until late 2018 in Italy. That delay might be because, according to a Variety report, Sorrentino is currently busy finishing a screenplay for “Loro,” his film about Italian media tycoon-turned-prime minister Silvio Berlusconi that begins production this summer.

READ MORE: ‘The Young Pope’: Paolo Sorrentino on Lenny’s Fate and and Hopeful Plans for a Second Season

“The Young Pope” aired earlier this year on HBO and was Sorrentino’s first foray into television. The series starred Jude Law as Lenny Berardo, aka Pope Pius XIII, the first-ever American Pope (and sort of youngish). Lenny struggled throughout his papacy to institute strict, old-school policies that were at odds with today’s more modern and liberal mindset.

[Editor’s Note: Spoilers about the finale for “The Young Pope” to follow.] At the end of the series, however, Lenny had made peace with his congregation and even cracked a smile. Shortly afterwards though, he collapsed and was seen clutching his chest as the camera zoomed out higher and higher, possibly to the heavens. Could this have indicated his soul leaving his body and therefore his death?

There are no details about “The New Pope’s” plot, and therefore we don’t know when exactly this story takes place or even if this pope is replacing Lenny, although it seems likely. HBO only stated, “Casting for the title role, as well as additional roles, will begin soon. More information will be provided when available.”

Lorenzo Mieli and Mario Gianani will produce “The New Pope” for Wildside, in co-production with Mediapro. FremantleMedia International will be the international distributor.

This Article is related to: Television and tagged HBO, Paolo Sorrentino, The New Pope, The Young Pope