Another "Shameless" act of whitewashing -- and this time, they can hardly claim they needed a big name to sell tickets. 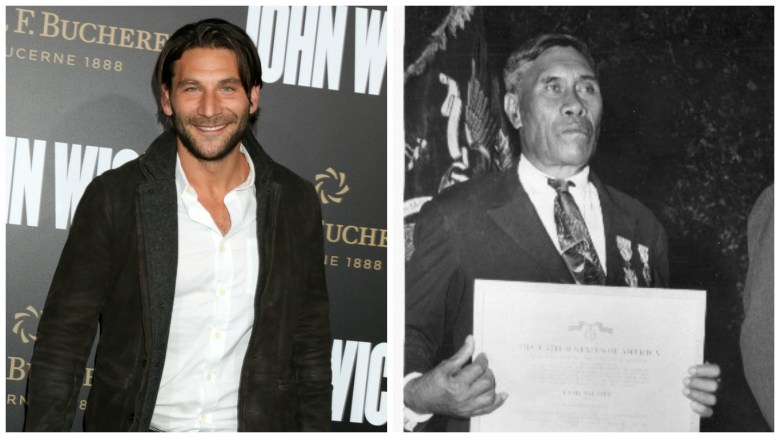 Caucasian actor Zach McGowan has been cast as Hawaiian WWII hero Benehakaka “Ben” Kanahele in the upcoming film “Ni’ihau,” in yet another case of white actors playing roles that should go to Asian/Pacific Islanders, otherwise known as “whitewashing.”

READ MORE: Whitewashing Isn’t the Only Problem for Asian American Actors, Who Must Play Offensive Stereotypes

Based on a true story, the film follows Kanahele and his wife as they rescue Japanese Navy pilot Shigenori Nishikaichi, who crash landed on the Hawaiian island of Ni’ihau after the attack on Pearl Harbor in 1941. After terrorizing the locals for a few days in an attempt to find his papers and escape, Nishikaichi was caught and killed by Kanahele. Kanahele was hailed as a hero for preventing a potential takeover of the island, and was awarded a Medal of Merit and a Purple Heart. Shortly after the so-called Ni’ihau incident, Franklin Delano Roosevelt issued his executive order beginning the round-up of Japanese-Americans into internment camps, one of the most shameful periods in American history.

McGowan is known for playing new-age doofus Jody on Showtime’s “Shameless,” as well as Captain Charles Vane on the Starz pirate drama, “Black Sails.” He is caucasian with blue eyes. Kanahele was native Hawaiian.

This year’s “Ghost in the Shell” last year’s “Dr. Strange” both received flak for casting Scarlett Johansson and Tilda Swinton, respectively, as characters that were Japanese in their source material. Cameron Crowe’s “Aloha” cast Emma Stone in a half-Hawaiian/half-Chinese role in 2015. While all three films garnered much criticism for those casting choices, their studios and creative teams used the defense that significant star power was necessary in order to sell the films to audiences.

With all due respect to his television work, the same excuse can hardly be made for McGowan.

This Article is related to: Film and tagged Whitewashing