In order to complete his first drama since "Blue is the Warmest Color," Abdellatif Kechiche is selling his Palme d'Or. 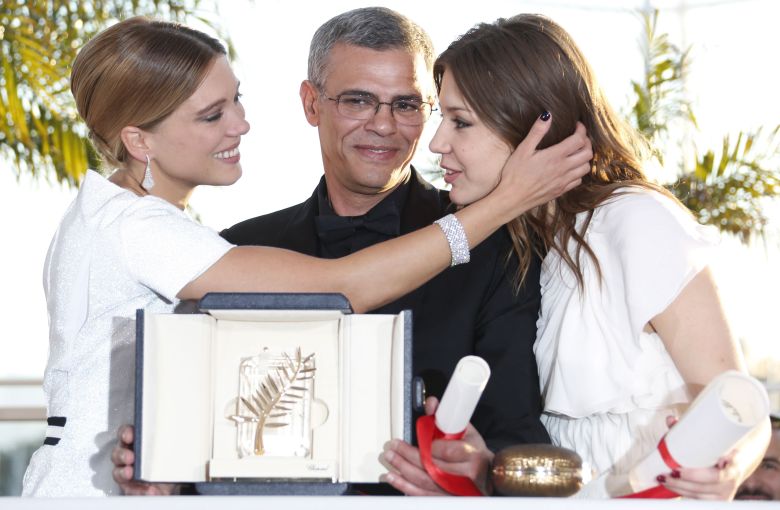 When “Blue is the Warmest Color” won top honors at the 2013 Cannes Film Festival, it made history by receiving three Palme d’Or trophies: One for director Abdellatif Kechiche and two for lead actresses Adèle Exarchopoulos and Léa Seydoux. It looks like the trio is going to be down one, however, as The Hollywood Reporter confirms Kechiche is auctioning off his prize in order to finance post-production on his next movie, “Mektoub Is Mektoub” (also known as “Mektoub, My Love”).

READ MORE: Abdellatif Kechiche Will Not Be at Cannes With His ‘Blue Is the Warmest Color’ Follow-Up — Here’s Why

Kechiche had been editing the film, his first since “Blue is the Warmest Color,” when the production’s financing bank blocked its line of credit. In order to avoid a hiatus, Kechiche is selling his Palme as well as other items from his filmography, including oil paintings from his Cannes winner.

The official statement reads: “In order to raise the necessary funds for the completion of post-production without further delays, the French production and distribution company Quat’Sous is auctioning film memorabilia related to Kechiche’s work. Items to be offered range from the Palme d’Or (Cannes Film Festival 2013) to the oil paintings that played a central role in ‘Blue Is the Warmest Color.'”

This is not the first time Kechiche has experienced a roadblock in trying to get “Mektoub Is Mektoub” made. While he originally envisioned the movie as a traditional feature, it eventually became a two-part film during production, which caused contract disputes with France Télévisions.

“Metkoub Is Metkoub” is a loose adaptation of François Bégaudeau’s novel “La blessure, la vraie.” The movie stars up-and-coming French actors Lou Luttiau, Shain Boumediene and Ophelie Bau and tells the story of a screenwriter named Amin whose personal and professional lives collide when he visits his Mediterranean hometown.

This Article is related to: Film and tagged Abdellatif Kechiche, Blue is the Warmest Color, Palme d'Or