From Priyanka Chopra to Teresa Palmer, Ruth Negga to Zoe Kazan, we've got 8 actresses ready for their own Gal Gadot-sized breakout. 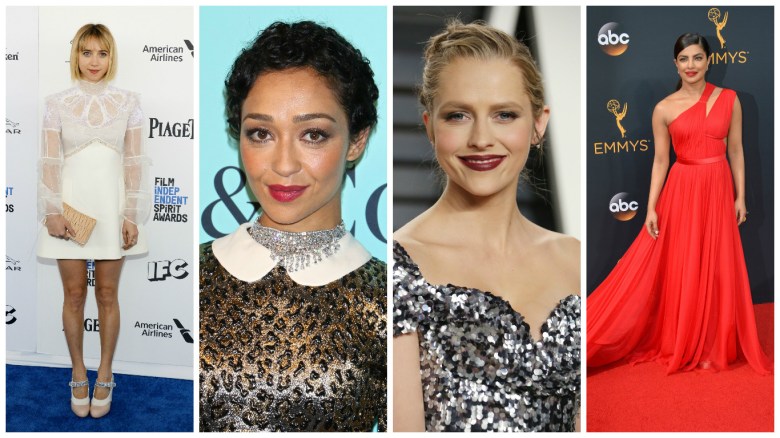 Newly minted blockbuster superstar Gal Gadot was hardly a household name when she was picked to play Wonder Woman in DC’s Extended Universe, including turns in “Batman v Superman” and “Justice League” and a starring role in the studio’s newest smash hit, “Wonder Woman.” Best known to action-loving audiences for her supporting roles in the “Fast and Furious” franchise, the former Israeli soldier is now a bonafide breakout, thanks to her work in the long-awaited and instantly beloved superhero film. Fortunately, she’s not the only actress who made the jump from rising star to tentpole leading lady.

Oscar winner Alicia Vikander is toplining the newly re-launched “Tomb Raider” franchise, while “Kingsman” and “Star Trek Beyond” standout Sofia Boutella will star in the upcoming “The Mummy” reboot and presumably continue on in the planned “Dark Universe” franchise. Daisy Ridley has handily taken over chief badass status on the latest iteration of the “Star Wars” franchise, while Jennifer Lawrence’s work on “The Hunger Games” franchise will likely always be one of her trademark roles.

Ahead, we’ve picked eight other actresses who deserve to be cast in a blockbuster of their very own, including fresh faces, enduring favorites, and even an Oscar nominee. Audiences who haven’t already been exposed to Kazan’s unique charms — the stage and screen actress is also a writer, best known for writing the smart crowpleaser “Ruby Sparks,” which she also starred in — are bound to fall in love with her in next month’s “The Big Sick.” The lauded Sundance rom-com is based on star Kumail Nanjiani and wife Emily V. Gordon’s unexpected love story (the pair also wrote the screenplay together), with Kazan stepping in as a lightly fictionalized version of Gordon.

She and Nanjiani are dazzling as a seemingly mismatched couple who embark on a romance fraught with insane complications, like his family’s disapproval and her sudden illness, with Kazan turning in a performance that combines both effervescence and deep emotionality. She’s our next great romantic heroine. (And that’s to say nothing of her one-time role as Iris Allen in George Miller’s unproduced “Justice League” movie, which would have pushed her into the superhero spotlight.) The “American Honey” breakout cannily combines mega-watt star power and a genuinely laidback vibe for a sensibility all her own. Plucked from spring break obscurity by director Andrea Arnold and tossed into the wild milieu of the international festival world and awards season, Lane stayed charmingly herself, picking up a slew of enticing new roles along the way. She’s got a Ben Wheatley film on deck, and Desiree Akhavan’s next, plus a sci-fi project that sounds a bit like a lo-fi superhero feature (Paul J. Franklin’s “Hunting Lila,” in which she plays, you guessed it, Lila), which could go a long way to proving just how capable she is when tasked with carrying an entire film. The “Quantico” star is coming off an unexpected turn as the baddie in the big screen “Baywatch,” a neat casting decision that pushed the TV heroine into very new waters. The former Bollywood star has more than enough credits under her belt to prove her insane range as a big screen heroine, and her splashier roles in the American scene have proven that she can lead a massive, action-centric undertaking or manically plot to foil someone else’s massive, action-centric undertaking. She can do it all. Palmer has made her bones on a series of horror films over the years, from her first appearance in “Wolf Creek” to recent work in “Lights Out” and “Berlin Syndrome,” but she’s also steadily popped up in films a diverse as “Warm Bodies,” “Hacksaw Ridge,” and “Knight of Cups.” Palmer’s abilities are sneakily wide-ranging, and she brings both steely determination and great warmth to all her work (it’s hard to imagine anyone more pure of heart than her “Hacksaw Ridge” character, or a character more believably driven than Clare, the “Berlin Syndrome” role that she totally owns). Just like Kazan, Palmer was once on deck for blockbuster glory, as she was also an original cast member of Miller’s ill-fated “Justice League,” where she would have played Talia Al Ghul. It’s not too late to right that wrong, Hollywood. Between “Another Earth,” “Sound of My Voice,” and “The OA,” Hollywood has yet to turn out another star so well-suited for spacey sci-fi features that require actual brain power. Marling, both a writer and an actress, burst on to the scene with both “Another Earth” and “Sound” back in 2011, when the one-two punch knocked Sundance out flat. Since then, she’s continued to traffic in intellectual dramas that often come with an otherworldly bent, while also finding time for period pieces like “The Keeping Room” and even the odd corporate drama like “Arbitrage.” Marling has the kind of gravitas that’s impossible to fake, and she’s proven her ability to push out-there films into higher realms. Give the woman an “Alien” film pronto. The Oscar-nominated “Loving” star is capable of fantastic range, as evidenced by her weekly appearances on the wild “Preacher” and work in other action-leaning outings like “The Samaritan” and “Agents of S.H.I.E.L.D.” Negga has made no bones about wanting to dabble in wildly different projects, and her dramatic chops combined with a do-anything spirit make her uniquely capable of taking on all sorts of projects. When it comes to Negga’s ability to kick ass onscreen, the bigger the budget, the better. Bennett’s surprisingly tough-as-nails performance in last year’s “Magnificent Seven” remake was mostly overlooked, but she quietly turned in one of best bits in the Antoine Fuqua action-Western, the kind of snappy and smart work she will likely also bring to the upcoming thriller “Red Sea Diving Resort.” But the seemingly always-working Bennett is also funny (hello, “Rules Don’t Apply”) and capable of great emotional stretches (“The Girl on the Train,” where she blended abject fear and psychological trauma in understated ways), which should recommend her for any kind of mega-bucks blockbuster outing.

READ MORE: 6 Women of Color in Supporting Roles Who Deserve to Star on Their Own Shows The “Dear White People” and “Creed” standout has plenty of big stuff ahead of her, thanks to her recent arc on “Westworld” and an upcoming supporting part in the much-anticipated “Thor: Ragnarok,” but she’s way overdue for her own leading role. “Thor: Ragnarok” will likely give her the chance to show off more action-centric chops, but with director Taika Waititi behind the lens, she’ll probably be able to earn a few laughs, too. Being part of the ever-expanding Marvel Cinematic Universe – especially as a genuine badass like Valkyrie in post-“Wonder Woman” world — is a fine position for any actress, but here’s hoping she gets the chance to lead her own blockbuster next.