With $67 million in box office after three weeks, the future of the 38-year-old franchise looks like a risky bet. 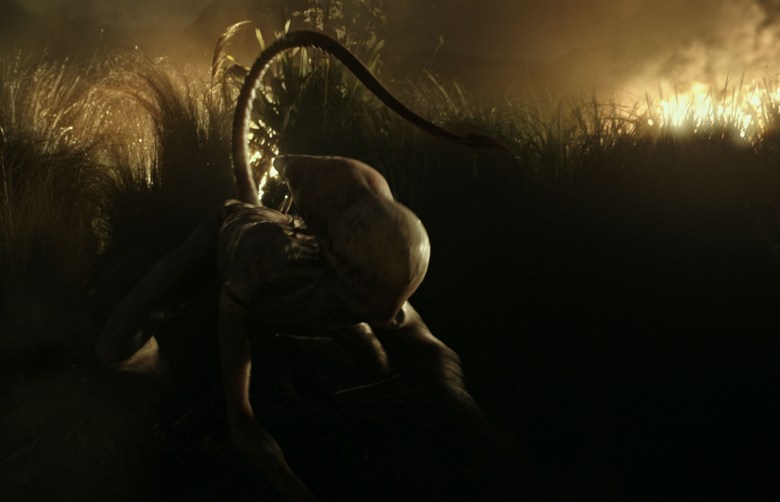 After eight films over nearly four decades, Ridley Scott’s “Alien: Covenant” may be proof positive that the time for this franchise has passed. Ridley Scott plans at least two more sequels to the “Prometheus” portion of the “Alien” saga, but current returns make that look like a risky proposition.

“Alien: Covenant” will be one of the franchise’s lowest-grossing entries, second only to 2007’s “Aliens Vs. Predator – Requiem,” which made $52 million domestic in adjusted numbers. Three weeks in, “Alien: Covenant” is at $67 million domestic against a $97 million budget; after Japan and China open, expect it to hit about $300 million worldwide, which means theatrical won’t be enough for it to break even.

Reviews weren’t great for “Alien: Covenant,” but neither were reviews for 2012’s “Prometheus” — Scott’s return to the series after directing “Alien” in 1979 — and that one made over $400 million worldwide. In adjusted numbers,”Prometheus” earned about $138 million domestic; expect “Alien Covenant” to end around $75 million — about $10 million less than this year’s iteration of “Power Rangers.”

Numbers aside: What happened here?

While Disney/Marvel’s “Guardians of the Galaxy Vol. 2” is up over its first entry, that’s the exception. Most long-term franchises have shown dropoffs. “Alien: Covenant” is the 12th big studio franchise sequel since Christmas, and preview-watching moviegoers are well aware how many still await them in coming weeks.

“Alien: Covenant” came soon after the two biggest franchises so far in 2017, “The Fate of the Furious” and “Guardians of the Galaxy Vol. 2,” and right before the latest “Pirates” incarnation. That may have made it more vulnerable to customers deciding it was less essential than the ones preceding it.

“Covenant” built on the prequel elements of “Prometheus,” which is less monster oriented. It presents a complicated alternative to its origin story and returns to its horror roots, aiming hard at core fans. But for all its attention to the past films’ many threads and hard-eyed fidelity to the “Alien” universe, it may have been marketed too narrowly. Cinemascore’s B grade on their easy curve reflected a decidedly mixed reaction from those who showed up.

Ridley Scott Returned, This Time Without the Pop

Ridley Scott came off of “The Martian,” in adjusted grosses his fourth biggest hit, and a rebound after “Exodus: Gods and Kings” and “The Counselor.” However, whatever boost he brought to the franchise was spent on “Prometheus.” If anything, it meant the film had less to offer in terms of change that can sometimes help a sequel.

Scott’s other major genre success, “Blade Runner,” is getting its own long-delayed sequel later this year. This likely makes Warners a little less worried about going with newly hot director Denis Villeneuve rather than reuniting with Scott after 35 years. Michael Fassbender is Not a Draw as a Domestic Lead

An asset to several ensemble hits, including recent “X-Men” films, “Inglourious Basterds,” and “The 300,” the often-acclaimed German-Irish actor has yet to prove himself as a big domestic draw in a lead role. (In “Prometheus,” Noomi Rapace actually had top billing.)

Last Christmas, Fassbender was lead in “Assassin’s Creed,” a sci-fi video game adaptation with a $125 million budget. It took in just under $55 million domestic, despite a Christmas week release (it was second lowest of the studio wide openers around the holiday). And “Steve Jobs,” despite strong reviews and a major push by Universal a year earlier, went nowhere.

Remember as well that the franchise started off as the rare action series with a female lead, with Sigourney Weaver in the first four films. Rapace didn’t replace her, but at least tied Scott’s return a bit to its roots. Up and coming Katherine Waterson (“Fantastic Beasts and Where to Find Them”) had a decent role, but this was a more male-dominated entry (non-human life forms notwithstanding).

There’s no easy answer to Fassbender’s apparent shortfall in appeal, which doesn’t necessarily extend to international returns; “Assassin’s Creed” managed $240 million worldwide. He bears comparison to the older Liam Neeson as a talented actor with a strong presence who can play action roles. But some factor — a bit too intense, not sympathetic enough? — seems to keep him from adding value to his films as lead.

Since “Prometheus,” the sub-genre of outer-space sci-fi has provided some major hits. “Star Wars” returned, while Scott’s own “The Martian,” Christopher Nolan’s “Interstellar,” and “Gravity” all soared with human dramas engaging audiences. We’ve also seen the meteoric rise of comic book worlds from Marvel and D.C. Comics, which leaven their stories with humor.

Christopher Nolan, a young version of Scott in his meticulousness and visual acumen (and in their lesser moments, bombast), has switched to historical epic for his next film (“Dunkirk”). Scott adapted very well for “The Martian,” which had more humor than most of Scott’s other films combined (enough to win a Golden Globe for Best Film Comedy or Musical, absurdly enough), but had little leeway to stray with an “Alien” film. A Disappointment, But Not a Flop… Yet

The total take for the film among countries where it has opened will be around $200 million. However, its two biggest potential markets, Japan and China, have yet to open. Foreign returns are tough to project — particularly China, where the franchise has limited history. But they could boost the ultimate total closer to $300 million.

With a $97 million reported production budget and at least that in marketing, theatrical alone won’t come close to paying off. But later revenues could make it close to making that back. Consider this a work in progress.