Here's how editors dealt with history, mythology, and flashbacks in "The Crown," "American Gods," "This Is Us," Fargo," and "Five Came Back." 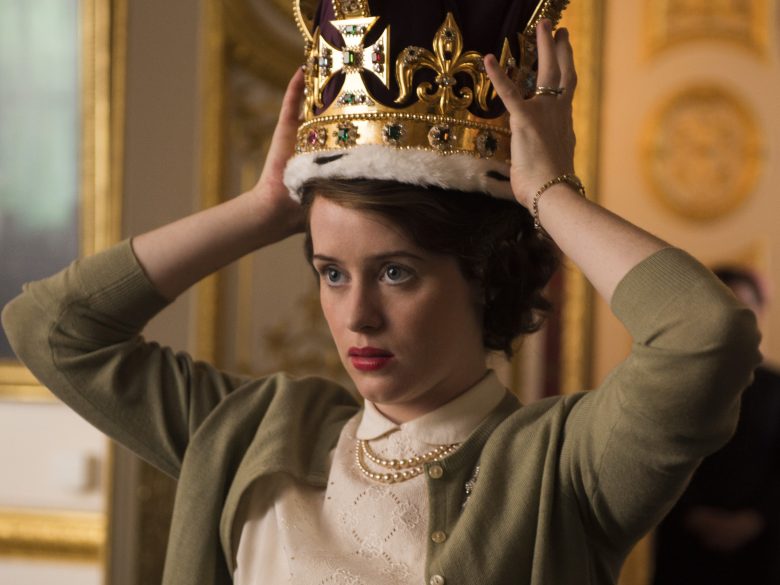 There was more than enough narrative complexity for editors to tackle in Emmy contenders “The Crown,” “American Gods,” “This Is Us,” “Fargo,” and “Five Came Back.” But through skill and finesse, they helped make these shows compelling and relevant by cutting through the multiple strands of history, mythology, melodrama, and black comedy.

“The Crown” focused on the public and private personas of Queen Elizabeth II (Claire Foy) in post-war England; “American Gods” explored how Old and New Gods fight for attention in modern society; “This Is Us” chose a non-linear structure to show the influence of the past on millennial siblings; “Fargo” dealt with twin brothers (Ewan McGregor) in a third season of absurd crime shenanigans; and “Five Came Back” revealed how the World War II propaganda campaign changed the lives of directors Frank Capra, John Ford, John Huston, George Stevens, and William Wyler. In “Hyde Park Corner,” Elizabeth (who’s more comfortable behind the camera than in front of it) becomes Queen and leaves her former life behind, and struggles with a range of political and personal challenges. In fact, it was a lot to cram into the second episode. “My first full assembly was 82 minutes and I had to get it down to 55 minutes,” said editor Pia Di Cialua.

This entailed creative pruning. But when Di Cialua trimmed a 10-minute scene with Group Captain Peter Townsend (Ben Miles), the king’s head of household and Princess Margaret’s (Vanessa Kirby) not so secret lover, the rhythm and poetry were ruined, so the scene remained intact.

Fortunately, they had the luxury of reshooting old war horse Winston Churchill (John Lithgow) writing the eulogy that saved his career as prime minister. This shortened the chronology of events. “She gains strength and knowledge and experience from Churchill,” Di Cialua said. Each episode of the Neil Gaiman-adapted series contains a myriad of styles, from action to dream-like poetry to absurdity. But while the Old and New Gods struggle to be remembered or to rebrand themselves, “Lemon Scented You” takes a brief detour. It introduces skeptical protagonist Shadow (Ricky Whittle) to the supernatural world through a reunion with his deceased wife, Laura (Emily Browning).

“There was such a fine, delicate balance of emotions going on between them,” said editor Stephen Philipson. “You have Shadow’s shock to see his wife and the hurt that he’s feeling at what she’s done and finding those little moments between them was a real dance. There’s an odd wonder about Shadow because it’s so hard for him to comprehend the supernatural events going on around him.”

Originally, Shadow learned that Mr. Wednesday (Ian McShane) is a god, but showrunners Bryan Fuller and Michael Green realized it would be better to delay that revelation. “We reconfigured everything so that Shadow’s introduced to the supernatural world in this episode but still finishes with a lot of questions,” said Philipson. Showrunner Dan Fogelman boldly relies on flashbacks and surprise to contrast the ups and downs of Jack (Milo Ventimiglia) and Rebecca (Mandy Moore) and their three offspring: Kate (Chrissy Metz), Kevin (Justin Hartley), and Randall (Sterling K. Brown). While there are various narrative challenges, including how long to sustain the mystery of Jack’s death, the flashbacks provide emotional context for the boomerang effect.

“I describe the show as being hugged by a warm blanket,” said editor Julia Grove. “It taps into the emotional realm but leaves you asking questions at the end.” The finale, “Moonshadow,” travels back into Jack and Rebecca’s backstory before ending with a montage about the siblings making important life choices.

Jack and Rebecca’s climactic fight about dashed dreams and second chances proved the most challenging for Grove. It was intended to play in one long, continuous take, but she discovered that it played better with a couple of bridge cuts. “The framing in the kitchen felt more emotionally subversive and the point of view shifted from Jack to Rebecca,” said Grove. “With two edits, we’re in the dining room where Jack loses it and Rebecca let’s him have it. The result was more organic.” Showrunner Noah Hawley creates a deadly rivalry between twins Ray and Emmit (McGregor) in the third season of the Coen brothers-inspired anthology, and the pressure mounts in “The Narrow Escape Problem.” For editor Curtis Thurber, the fun begins with a “Peter and the Wolf” opening montage. “It set the tone for each of these characters, “he said. “but allowed us to find opportunities to go beyond what was in the [Sergei Prokofiev] cue and ramp up the tension.”

McGregor plays the twins as total opposites and, in one scene, down on his luck Ray dresses up as successful, confident Emmit to withdraw $10,000 from his bank account. “It’s Ray acting the way he thinks his brother would act, which is a mockery of him, in a way,” said Thurber.

By contrast, sleazy Vargas (David Thewlis) manipulates Emmit into becoming a partner. “Emmit hasn’t been beaten down by life like his brother, Ray,” Thurber said. “But something happens in their scene in Emmit’s office that I didn’t notice until I put it together: they actually switch positions. Vargas sits in Emmit’s chair he sits their cowering on the other side.” Weaving back and forth between the five directors in Laurent Bouzereau’s doc (adapted from the Mark Harris book) was a challenge to cut in three hours by editor Will Znidaric. “But we got it across in a potent way,” he said. “Thankfully, they’re so distinctive from each other and each had his own arc.”

And they turned to five contemporary directors to help convey those arcs as narrators: Steven Spielberg (Wyler), Francis Ford Coppola (Huston), Guillermo Del Toro (Capra) Paul Greengrass (Ford), and Lawrence Kasdan (Stevens). The pairings helped bridge the past and present and demonstrate interesting affinities between them. Some were a bit surprising. “Guillermo del Toro responded emotionally to Capra as the outsider, the immigrant, and his use of allegory and fairy tale-like stories,” said Znidaric.

The idea of dichotomy was also embraced, including the U.S. government’s recruitment of Hollywood to make war propaganda. “There’s a shot of Ford in uniform trying to be serious and then he bursts out laughing as Greengrass talks about the dichotomy between the rebel and the authoritarian figure,” Znidaric said. “Just having it happen in one shot is one of the Easter eggs that makes me smile.”

This Article is related to: Awards and tagged American Gods, Emmys, Fargo, Five Came Back, The Crown, This Is Us, Top of the Line