"Wonder Woman" continues to dominate, and rumors of Tom Cruise's demise are exaggerated — but the concerns over "The Mummy" performance are very real. 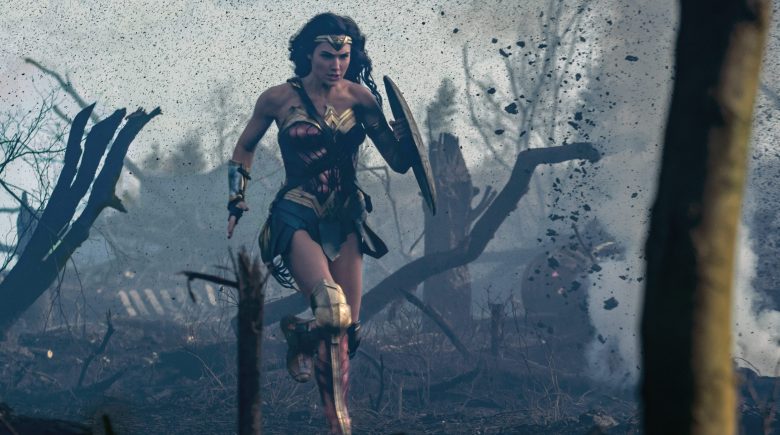 “Wonder Woman” (Warner Bros.) built on its strong opening with a better than average second-weekend hold. The Patty Jenkins-directed D.C. Comic world entry is looking at strong foreign results, but it’s the domestic take where the response is strongest.

The same can’t be said for Universal’s attempt at a new series of classic monster character movies. “The Mummy” with Tom Cruise at the lead reinforced the big story for many top studio releases this summer so far. Foreign is strong initially, but domestic is weak even by relatively modest estimates.

In an otherwise unexceptional weekend, two wide releases — “It Comes At Night” (A24) and “Megan Leavey” (Bleecker Street) — from distributors usually associated with the specialized market placed in the top 10. Neither was stellar, but added about $10 million to the total. At this point, the boost is needed.

This year had “Wonder Woman” to the rescue to keep things close to even. Without it, the domestic report would be far grimmer.

“Cars 3” (Disney) should dominate next weekend with a potential $100 million, but it will fall far short of “Finding Dory” last year, a week that also featured the strong opening of “Central Intelligence.”

Is “The Mummy” Really a Flop?

At $32 million, “The Mummy” is second to “Oblivion” as Tom Cruise’s second best opener since “War of the Worlds” in 2005 (out of eight total, adjusted, and bracketing “M:I” titles). So it’s nothing like a career low.

But it’s still a concern. Universal counted on his presence to launch their new Dark Universe franchise of updates of classic monsters. It was an unusual attachment for the usually standalone film star, with a sense that it wasn’t shaped by him, for him (as most of his films, for better or worse).

The relatively weak performance came more from a combination of poor reviews and a concept that wasn’t really aimed at domestic audiences.

By any normal pattern, this won’t reach the $100 million level regularly achieved by Cruise’s films for third of a century. And that would normally be terrible news for a film with an admitted budget of $125 million (and rumored to be considerably higher).

That said: It could still be a success. It also opened in most of the world to a very good $142 million. That makes the domestic total less than one fifth of the initial results, and possibly as low of 15 percent of the eventual total if the film reaches $600 million. That’s based on a projection of $90 million at home and over $500 million overseas— perhaps at the high end, but not beyond reach. If the reported budget is correct, it will need to make more than $500 million worldwide to take it out of the red.

But here’s how poor the domestic result is. The earlier Mummy reboot contained four titles. Here are their adjusted opening weekends: “The Mummy”/$75 million, “The Mummy Returns”/$106 million, “The Scorpion King”/$55 million, “The Mummy: Tomb of the Dragon Emperor”/$50 million. That’s with Brendan Fraser in the lead for three, and then up-and-coming Dwayne Johnson for “Scorpion.” That’s what led to Universal committing major budgets to the proposed multi-monster series.

It’s just one time out, and they have a range of characters. But expect some reworking of the formula as they continue. The Women Are Wonders Again

Here’s the standout fact about the second weekend of Patty Jenkins’ breakout success. Its drop of 45 percent puts it ahead of the same week drop of recent comic book character non-sequels like the first “Guardians of the Galaxy,” “Deadpool,” “Suicide Squad,” and “Doctor Strange.”

Attribute that to strong positive initial response (seen already with a surging Sunday last week) and perhaps deeper fanboy acceptance to what might have been some residual resistance to a female action lead. The 10-day total is already $205 million, with $300 million or more now likely (if it hits $303 million, it would be the biggest female-directed live-action hit ever, beating out Amy Heckerling’s male-lead “Look Who’s Talking” in adjusted gross)

Foreign, “Wonder Woman” has grossed $230 million total so far, with Germany and Spain next weekend (strong territories) and Japan at the end of August. But the difference in overseas performance between “Wonder Woman” and “The Mummy” is striking, suggesting why it won’t single-handedly overcome resistance to female-centered action titles. “Pirates of the Caribbean: Dead Men Tell No Tales” is up to $528 million worldwide, so its 51 percent third weekend domestic drop is of less concern for Disney. Still, it is falling below the levels that took the 2011 entry to $1.1 billion worldwide (though the still-to-come Japan will help). With a $230 million budget it’s still likely to pay off, but spending as much for more titles will take some careful consideration.

DreamWorks Animation’s “Captain Underpants” fell 48 percent, on par for animated films in their second weekend. It faces “Cars 3” next, but as a lower-budget title and $44 million so far, it feels like a decent gap-filler.

“Guardians of the Galaxy Vol. 2” is stellar, with only a 37 percent drop in its third weekend. Now up to $366 million, it gives “Wonder Woman” a high-water mark to reach in domestic results.

This Article is related to: Film and tagged Box Office, The Mummy, Wonder Woman