Mark Cullen's shockingly inert action-comedy wastes its lead and everything else around him. 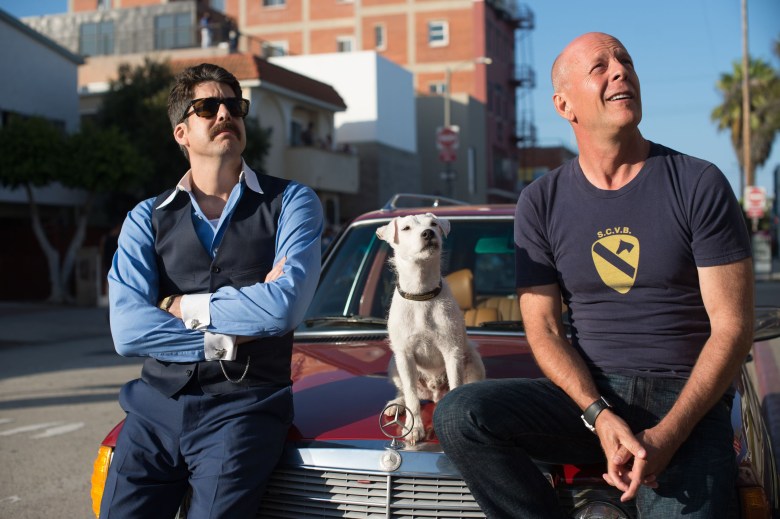 “Once Upon a Time in Venice”

Bruce Willis has been creeping up on Nicolas Cage’s bread and butter — C-level action movies that pass through the multiplex with little in the way of fanfare and less in the way of actual audience interest — for a few years now, turning in roles in mostly underseen films like “Fire With Fire,” “Precious Cargo,” and “Vice” with startling regularity (while, somehow, still landing genuinely exciting parts in films like the upcoming “Death Wish” remake and the long-hyped “Glass”). But Mark Cullen’s ruthlessly boring and decidedly dismal “Once Upon a Time in Venice” marks a new low in Willis’ still-trucking action career, one that even Cage would likely flinch at, even if it does feature an entire sequence dedicated to naked skateboarding.

Slipshod from the start, the film opens with voiceover narration care of Thomas Middleditch, who — despite serving as our entry point into the crime-ridden but colorful Venice, California imagined by Robb and his screenwriter brother Robb Cullen — is not actually the main character of the story at hand. Still, we follow Middleditch’s John as he shows off his narrow world, including an introduction to his boss, Steve Ford (Willis), billed as “Venice’s only licensed detective.” John is working a case (for Steve, presumably?) that involves him infiltrating a sex addict support group, but only after reeling off an entire monologue about his attraction to his mark that manages to be so flat as to not even verge into being offensive.

READ MORE: ‘Marauders’ Review: Bruce Willis Is Too Old For This Sh*t

By the time John has made contact with his mark — who is not actually a criminal, but a runaway — the film has ticked through half of its first act without showing anything in the way of an actual plot, nor has it done much more to explain that this is a story about Steve, not John (still narrating and nattering away). Soon enough, at least one facet of Steve’s personality is revealed, once John drops her off to meet Steve, who promptly beds her after zero conversation. This, it seems, is how we’re meant to know that Steve is good with the ladies. Other bits of seemingly important information are meted out during their forceful lovemaking, thanks to a slew of framed newspaper articles that bill Steve as a “disgraced LAPD detective,” exposition by way of home decor.

Steve’s moves are put on ice, however, when his mark’s (again, a runaway who he has been tasked with bringing home safely) family arrives at his Venice abode and are understandably shocked to find her in such a state. Her family also just so happens to be part of a known gang of vicious drug pushers, but you can’t blame them for being ticked off about what their hired hand interprets as doing his job. This sticky situation inevitably results in an extended sequence that sees Bruce Willis skateboarding naked down a Venice thoroughfare, all the better to escape…his clients? (Still, this is not the plot of the film.) “Once Upon a Time in Venice”

Cullen, making his directorial debut, is best known for television writing on series like “Lucky” and “Las Vegas,” though he did also pen “Cop Out” alongside his brother; his film is knitted out with a slew of recognizable faces, from David Arquette to Kal Penn, and even makes room for a wholly thankless supporting role for John Goodman. Imagined as a motley crew of vibrant Venice denizens, each role is so thinly drawn that billing them as caricatures doesn’t quite drive home just how limp these parts are. Penn plays a convenience store clerk, with Arquette is a random stoner, Jason Momoa is a bandana-ed drug dealer, casting so obvious that it borders on parody. At least Goodman gets to have some fun as Steve’s best friend, a surf shop owner, but the actor is then saddled with a meandering subplot about his impending divorce that takes the wind out of those sails relatively quickly.

Nearly 40 minutes into its mercifully slim 94-minute runtime, “Once Upon a Time in Venice” finally lands on a plot thread to follow: Steve’s beloved dog has been kidnapped (by the Momoa-led drug dealers) and he will do anything in his power to get them back. Yet even that plotline — which could certainly be a fun one — is muddled by needless twists and turns that only further add to the film’s most crucial flaw: it just doesn’t move. Shapeless and inert, it’s the movie equivalent of a rock. There’s no energy here, no spark, no rhythm, and no star-studded cast can save that (especially when they have as little chemistry as this sprawling ensemble, which never gels into anything at all).

By the time Steve starts grumbling about how “no one should ever fuck with a man’s dog!” and John has reappeared to participate in a storyline about X-rated graffiti (of all things), “Once Upon a Time in Venice” has ground to a stultifying halt, one that even fat stacks of cocaine can’t get going. Cullen continues to pile on new characters and new revelations, though none of them land with any kind of punch.

The film limps towards its mostly unearned conclusion, attempting to tie up a happy ending before, once again, introducing a new wrinkle that either begs for a baffling sequel (“Once Upon a Time in Culver City?”) or was simply snipped in the editing room to provide an end such a mirthless affair. Bruce, you’re better than this.

“Once Upon a Time in Venice” opens in limited release on Friday, June 16.

This Article is related to: Film and tagged Bruce Willis, John Goodman, Reviews