The actress got candid about working with indie film's most eccentric and envelope-pushing auteurs at the Provincetown International Film Festival. 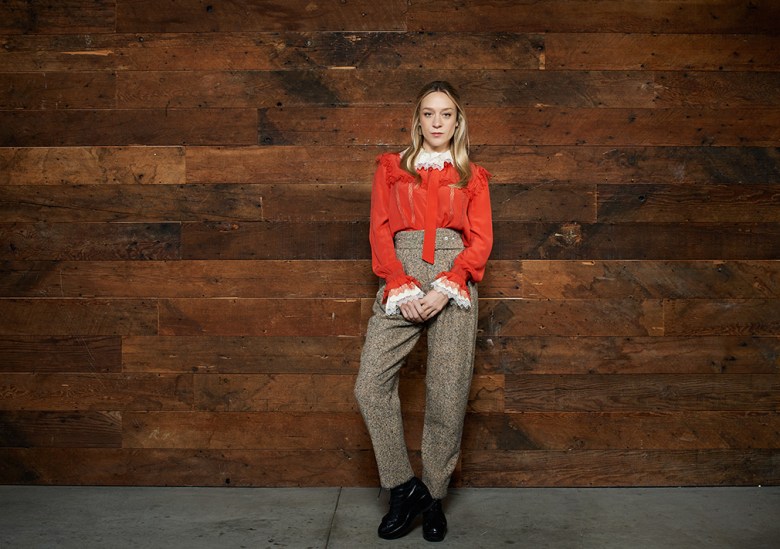 Few acting resumes include as many visionary, boundary-pushing auteur filmmakers as Chloë Sevigny’s. A selected list of the directors she’s worked with could easily fill an IndieWire top ten: Harmony Korine, Vincent Gallo, Lars Von Trier, Whit Stillman, Kimberly Peirce, Olivier Assayas, and David Fincher — to name a few. In fact, as IndieWire co-founder Eugene Hernandez put it at a sit-down with the actress at the Provincetown International Film Festival last weekend, Sevigny was at the epicenter of the independent film renaissance of the late 1990s and early 2000s that inspired IndieWire’s creation in the first place.

READ MORE: Why Chloe Sevigny Waited 20 Years To Make Her Directorial Debut With The Female-Friendly ‘Kitty’

“It was the work of Chloe and so many of her collaborators…that inspired the site we created. So without even knowing it, Chloe, you were part of what helped inspire us to do what we did at IndieWire,” said Hernandez in his introduction. Chloe Sevigny in conversation with Eugene Hernandez at the Provincetown International Film Festival.

Sevigny was in Provincetown showing her short film, “Kitty,” the actress’ first foray into directing. It’s a visually lush and fantastical film based on a short story by Paul Bowles, whose work once led her to travel to Marrakech with Korine in the mid-’90s, “Just kind of following in his footsteps.” As the festival presented her with their Excellence in Acting Award, Sevigny and Hernandez sat down for a career-spanning talk that included some eyebrow-raising anecdotes from her days working with indie cinema’s most lauded (and eccentric) directors.

READ MORE: Sofia Coppola On Female Sexuality In ‘The Beguiled’ And Why She Hopes Gay Men Find Colin Farrell Sexy

Here are seven things you may not have known about Sevigny’s most memorable films, and some of the greatest (and most controversial) indies of the last twenty years, according to her:

1. Before “Boys Don’t Cry,” Drew Barrymore wanted to play Brandon Teena, and she asked Harmony Korine to direct it.

“Drew Barrymore had actually approached Harmony and she wanted to play [Brandon Teena] and she wanted me to play Lana in her version. There were some weird initial meetings around that, which obviously didn’t go very far. She sent in these kind of Herb Ritts photos of herself done up as a boy. She looked really attractive, but it wasn’t gonna work. And then I actually went and auditioned for the [Brandon Teena] part. Kimberly Peirce said, ‘You’ve never wanted to be a boy, have you?’ And I said, ‘No,’ and she was like, ‘Why don’t you come back in and try out for the other part?’ So I did, and I got it.”

“I only got the part because Sarah Polley passed. That happened to me a lot in the ’90s. She got a lot of parts that I wanted.”

3. The reaction to that infamous blow job scene in Vincent Gallo’s “The Brown Bunny” still haunts her.

“I thought it would just kind of play to an art house audience, I don’t know why I thought it would just go under the radar. Vincent’s a real character. I love ‘Buffalo 66.’ I put my faith in him, believed in him. He’s also very seductive, as you can imagine… I think it was a way of kind of reclaiming myself, which sounds odd, but after the celebrity and stuff, being like: ‘No, that’s not who I am, I’m this other thing, and this is what I stand for.’ Or wanting to push the envelope. Like John [Waters], who’s here.” Sevigny gestured to Waters, who called out from the audience: “I loved the ‘The Brown Bunny’! The insects on the windshield…”

4. “The Brown Bunny” didn’t hurt her career, but it did hurt some relationships.

“I got my first studio film after that. I’d never been offered a studio film. It was ‘Zodiac.’ I don’t think it really hurt me, necessarily. I mean, it hurt me, in a lot of ways… Some relationships have had trouble with it. Of course, my mom and I don’t talk about it.”

“He’s very precise, and he also likes to do things a lot… It becomes surreal. Not as much as Fincher — he does full takes. Whit just wants you to say one line or one word again and again and again in a series. It’s terrifying. So scared of that man. And yet I keep going back. Glutton for punishment.”

6. Lars Von Trier spanked her on the set of “Dogville” (often).

“I think that Lars tortures the main actresses, and the supporting players get a free ride. He was really into spanking me. But in a playful way. He’d always tease me, like I had to be punished. And he knew I was into Black metal so he was always teasing me about like going off and burning churches. We had a funny rapport. But I think he was harder on Nicole [Kidman].”

7. The Chloe videos hurt her feelings.

“Ugh, I have a really complicated relationship with those. I don’t want to say I’m offended, ’cause that’s such a strong word. But I don’t enjoy them. I think because he’s a comedian. If he was more of a drag performer, I would feel like less – they hurt my feelings. Maybe I should be tougher, I don’t know. But they do.”

This Article is related to: Film and tagged Chloë Sevigny, Interviews