After writing and directing the Season 2 finale, McKenna also shares the one song she fought hardest to include. 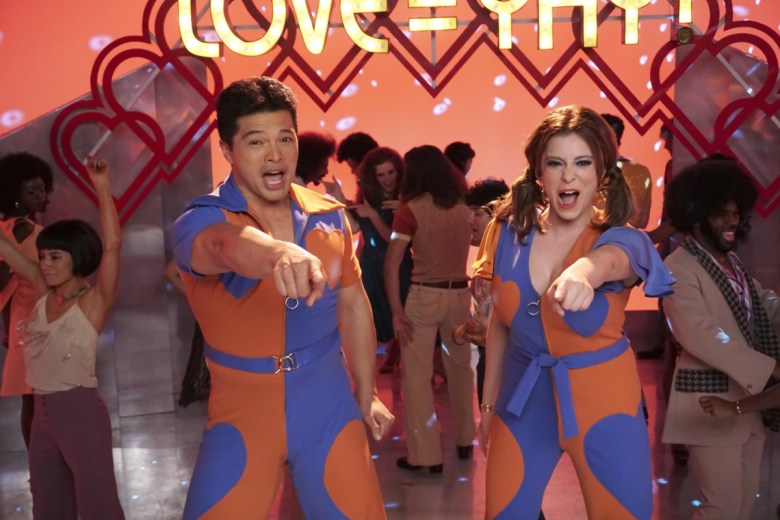 In a TV world that often asks for creators and series to make sacrifices to get on the air, “Crazy Ex-Girlfriend” has always felt like a show that fights to keep its best parts intact. What other serialized TV show could squeeze in a shanty about alcoholism, a riff on “Gentlemen Prefer Blondes,” an elaborate tap duet, a forlorn Disney princess ballad and a relationship exit interview version of “My Way,” all in the span of three episodes?

It’s a specific brand of energy that powers this CW gem, one that persisted all the way through to a fateful, seismic season finale written and directed by the show’s co-creator, Aline Brosh McKenna. As she explained in a recent interview, one of the season’s best moments almost didn’t happen.

“We didn’t have a song in there for a very long time and it was going to be a more straight-up, dramatic episode for us,” McKenna said.

Still wanting to find a place for another comedy song, the answer came in a surprise revelation from the show’s star — and other co-creator — Rachel Bloom.

READ MORE: 10 TV Shows Emmy Voters Need to Watch Before They Fill Out Their Ballots

“We were all in the writers room, working on a rewrite and Rachel kind of busted into the door and said, ‘Oh I know how to do this! We should do death metal,'” McKenna said.

Yes, in the middle of a momentous episode where its main character, Rebecca Bunch, is on the precipice of her dream wedding, “Crazy Ex-Girlfriend” delivered the Rammstein-adjacent headbanger “What a Rush to Be a Bride.”

For McKenna, the best part is that this wasn’t simply a tossed-in gag meant to be funny simply because it was contradictory. The choice came from a place of odd truth. “What I love about it is that there is something about being a bride which is really aggro and hostile and ‘Fuck you, give me my stuff!’ and ‘Watch me wear this dress!’ And I think that, by finding that genre, [Rachel] really pulled out this hilarious hostility of being a bride and how controlling that is,” McKenna said.

It’s also indicative of the kind of jokes that McKenna wanted for a finale that could survive on its own merit and not merely the goodwill it had built up from fans over its sophomore season. That approach meant that Rebecca’s wedding morning song (“It’s magic hour lighting, which doesn’t make a heaping amount of sense, but who cares? It’s gorgeous,” McKenna explained) having two season’s worth of reprises built in proved to be a tricky balance.

“My goal always with the show was not to ever do a joke or a reprise that you can only enjoy if you were a fan of the show. Rachel and I talked about it a lot and what I came to realize is that it was an acting piece for her. She performed it like a dramatic monologue, without any sense of musical comedy cutesiness. She really, I thought, brought it to life in this way that was very real and emotional where you really saw her struggle and you really feel her pain,” McKenna said.

That ability to bring real emotion and consequences into this semi-heightened world is a running theme of the series. Even though Rebecca has gone through multiple iterations of being the show’s title character, she’s brought just as much out of her fellow West Covinians.

“Her presence in town has caused everyone to change their life and has had a profound effect on everyone’s approach,” McKenna said. “Darryl realizing he was bisexual, Valencia finding a new job, Josh breaking up with Valencia, Greg leaving town, all those things would not have happened had Rebecca Bunch not shown up. That’s kind of a running theme in the show, that she’s inadvertently helping people transcend in their own life as she’s struggling to transcend herself.”

Even though these past two seasons have been a special roller-coaster for Rebecca, McKenna is adamant that she and the show’s writers still want the best for the character. They don’t want to give her an unrealistic shortcut to happiness, but he understands what it’s like to want to see a protagonist escape a cycle of unfortunate events.

“She’s struggling and I think you always know and sense that she’s trying really hard and she means well and doesn’t want to hurt anybody, even when she’s doing terrible things. Fans care about her and so I completely understand where that comes from. I know myself as a viewer, the shows that I binge, that sometimes I’m feeling like on ‘The Americans,’ Phillip seems really bummed out and I’d like for him to be happy. I get that,” McKenna said.

Now that the show is prepping for Season 3, that means figuring out how to utilize the show’s impressive ensemble after the finale’s reshuffling. While juggling the fate of all of these beloved characters is a tall task, sometimes it’s the show’s tracklist that can inspire the biggest personal reaction.

“There’s always people that we’d love to get in the show more and song genres that we love, but because the seasons are so different, there’s usually not a ton of carry-over. Except I was insisting that we were going to do ‘Heavy Boobs,’ no matter if it had anything to do with the story or something or nothing. It just was going to be done,” McKenna said. Does that mean that McKenna gets certain songs stuck in her heads, just like fans do? Of course.

“I’ve literally had things where I’ve had to have a glass of wine before bed because the songs will get wedged in my brain from working on them,” McKenna said. “And then I can’t function because I’m walking around singing, ‘They’re probably straightforward niiiipples…‘ to myself, which is not good for anybody. That’s not what anybody wants. Nobody wants to be around someone who’s singing that. No one. It’s a little bit of an occupational hazard.”

READ MORE: ‘Crazy Ex-Girlfriend’ Welcomes New Cast Regulars the Only Way It Knows How: Through Song

In an early run of episodes that had the catchiest date prep, fatherly appreciation, and friendship celebration songs imaginable, memories of one particular Season 1 entry still linger, over a year later.

“You know what was the worst for me? Like, I almost had to go to the hospital? The ‘Dream Ghost’ song from Season 1,” McKenna said. “‘We pay out of pocket for cleeeeeanings!‘ Oh my God. I literally walked around, saying to people, ‘We pay out of pocket for cleanings’ for no reason. It was terrible. If we’ve done that to other people, I apologize.”

A small price to pay for one of the best comedies on TV.

“Crazy Ex-Girlfriend” Season 2 is currently available to stream on Netflix.