The director, whose latest film is another WWII drama, knows a thing or two about real dictators. 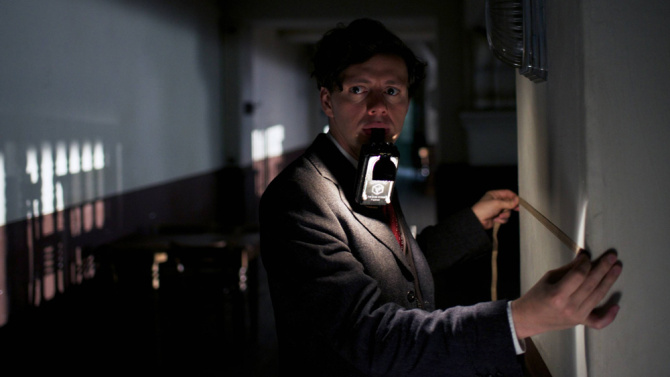 Oliver Hirschbiegel’s 2004 drama “Downfall” was the definitive portrait of Adolf Hitler at the end of WWII, examining the dictator during his final days as he ran out of options. It also provided fodder for one of the greatest viral memes of all time — the “Downfall” parody videos, which position fake subtitles over a pivotal scene in which Hitler (Bruno Ganz) lashes out at his staff upon realizing that he’s lost the war. Over the years, Hitler has lashed out over topics ranging from Oasis splitting up to Ben Affleck getting cast as the Batman.

While this wasn’t part of Hirschbiegel’s plan, the video does speak to his skills as a filmmaker, given that the scene is filled with pregnant pauses and sudden bursts of anger that make it the perfect template for so many circumstances.

Needless to say, a lot of the world has felt like it has been watching a slowed-down, real-life version of the “Downfall” parody ever since Donald Trump became a candidate for president. The cartoonish ex-reality star’s heated temperament and outsized ego drag the histrionics of the “Downfall” scene into modern times. But Hirschbiegel, who has revised the Third Reich era with “13 Minutes,” opening this week, is wary of comparing the two figures.

“You can’t compare Trump to Hitler,” Hirschbiegel said. “He’s certainly not a dictator or a tyrant who slaughtered his own people, as Hitler did.” Instead, the director said that the parallel exists only in the impulses that catapulted Trump to the White House. “Overall, there seems to be this tendency where people do not believe in the political system and they feel betrayed by the elite,” he said. “That’s why they’re looking for figures like Trump or Teresa May. They put hope in people like that, which is terrible, because these people only work by a system of right or wrong, or winning and losing. That’s childish. That’s not what civilized people should do in a diverse, globalized society.”

In “13 Minutes,” Hirschbiegel chronicles the little-known efforts of the working class carpenter Georg Elser (Christian Frieden), who attempted to assassinate Hitler in November 1939. Elser set off a bomb at a rally that killed several people, but Hitler had left the event early; Elser was later arrested and executed at the Dachau concentration camp. Hirschbiegel noted that the film was welcomed positively in Germany, unlike “Downfall,” which was seen as controversial for foregrounding Hitler’s experiences.

“Elser’s not a known figure,” Hirschbiegel said, “but he is the first to see that somebody needed to do something. He was really clairvoyant. People appreciated this character. We need people like that today looking at the state of the world. He wasn’t a political person. He just saw something terribly wrong happening and nobody was doing anything about it. The reality was way more drastic. In order to stop this, he knew he had to become the tyrant slayer.”

While Hirschbiegel stopped short of saying that America needs its own Elser, the filmmaker did acknowledge that Trump has had a dramatic effect on the way American citizens are evaluating their individual responsibilities. “Trump is all about power,” Hirschbiegel said. “But the good effect of Trump is that people are waking up. They’re realizing, ‘Oops, I should vote and I should have a position. Because if I don’t, watch out: someone will get elected who doesn’t represent my interests and could abuse the whole country.’”

“13 Minutes” opens theatrically on Friday, June 30. Watch the trailer below:

This Article is related to: Film and tagged 13 Minutes, Donald Trump, Oliver Hirschbiegel