Even a weirdly timed viewing by a fellow airline passenger didn't tempt the director to peek at the final version of his ill-fated Marvel project. 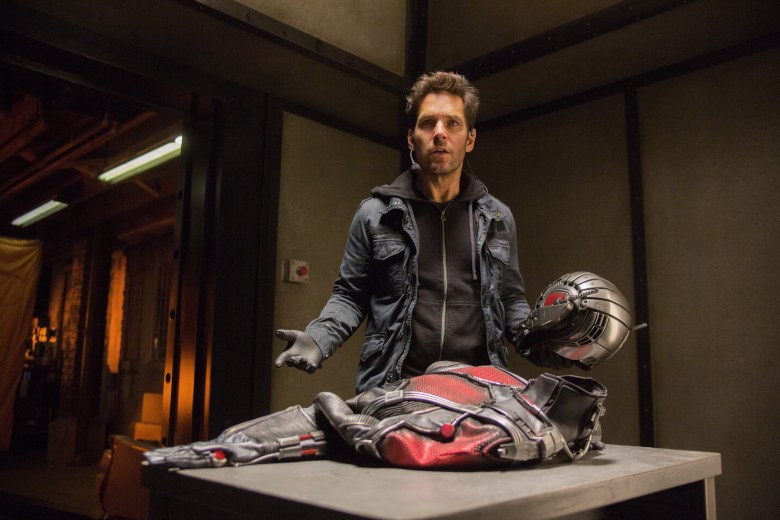 Filmmaker Edgar Wright notoriously spent nearly a decade working on “Ant-Man” — his Marvel passion project about the world’s smallest superhero — before leaving the project back in May of 2014, mere months before production started on the Paul Rudd-starring feature. While the film snagged a new director in Peyton Reed (and a slew of rewrites along the way), Wright retains some connection to the project: a screenwriting credit for the film he so desperately wanted to make.

Now that Wright is back on the publicity trail for his latest film, “Baby Driver,” talk has inevitably turned to the infamous “Ant-Man” fallout and its impact on Wright, both personally and professionally. Earlier this week, Wright appeared on Variety’s Playback Podcast, where he quite smartly explained, “I think the most diplomatic answer is I wanted to make a Marvel movie but I don’t think they really wanted to make an Edgar Wright movie.”

READ MORE: The Ultimate Edgar Wright Playlist, From ‘Baby Driver’ to ‘Shaun of the Dead’

In a new interview with Uproxx, Wright has gotten a little more candid about his current relationship with the project, along with the not-so-surprising news that he’s never seen the film and isn’t planning on it, perhaps ever.

When asked if he had seen the film, Wright said, “I didn’t. I haven’t seen it and I haven’t even seen the trailer. It would kind of like be asking me, ‘Do you want to watch your ex-girlfriend have sex?’ Like, ‘No, I’m good.'”

But that doesn’t mean he’s been able to totally avoid the film, as he shared an amusing/cringe-worthy story about the one time he almost had to watch it. “The closest I came to it was that somebody sitting near me on a flight was watching it,” he said. “And when I saw that the person sitting next to me was going to watch the movie, I thought, hmm, maybe I’m going to do some work on my laptop.”

When asked what sort of contact he had (if any) with Reed, Wright offered up a somewhat heartbreaking story, saying, “I have not spoken to him at all. I think the last communication I had with him is I said, ‘Please don’t just use my storyboards,’ and then I’ve never spoken to him anymore ever since.”

Wright remains reticent to bad-mouth the film — as he reminded the outlet, he does still get residuals from it, so don’t go throwing him a pity party just yet — and he added, “I’ll never be pressed into kind of bad-mouthing it, because the truth of the matter is my friends are in it. Paul Rudd is a friend of mine and we’re still very good friends.”

You can read the full interview with Wright over on Uproxx, which includes plenty of “Baby Driver” goodness and perhaps the year’s most unexpected tale about newly minted Spider-man Tom Holland.

This Article is related to: Film and tagged Ant-Man, Baby Driver, Edgar Wright