A season-long problem of overexplanation left little room for its all-star ensemble to play to the show's former strengths. 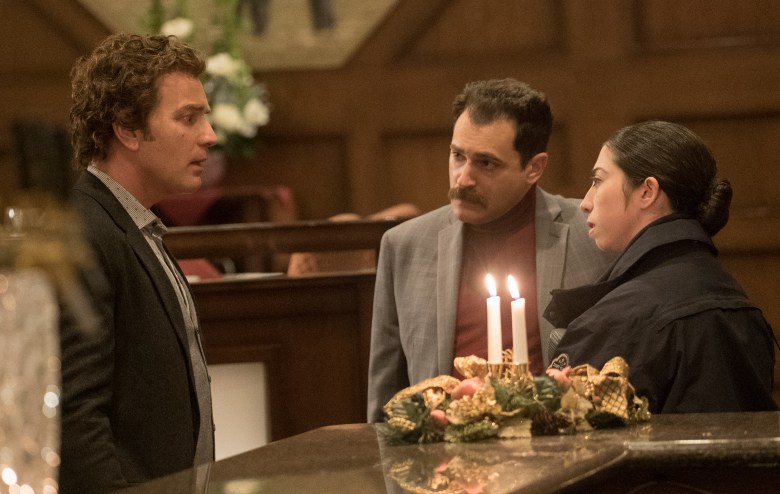 After two seasons worth of magic, “Fargo” Season 3 — or Year 3, to use the preferred nomenclature — was finally unable to outrun the specter of Peak TV hovering over its shoulder. Even with one of the greatest TV casts ever assembled, the story of feuding brothers and a nefarious conglomerate slowed the series’ hot streak and brought it back down from the realm of tightly constructed, riveting crime drama into the realm of ordinary.

Wednesday night’s season finale showed why the rest of the previous episodes lacked the distinctive spirit that’s helped make “Fargo” into its own creative entity. The previous two seasons have funneled their experiences through the police officer Solversons at the center: Alison Tolman’s Molly and Patrick Wilson’s Lou both anchored their respective seasons amidst a maelstrom of criminal (and in notable instances, supernatural) activity.

But with a near-unprecedented cast including Ewan McGregor, Carrie Coon, David Thewlis, Mary Elizabeth Winstead, Scoot McNairy, Mary McDonnell, Shea Wigham and Michael Stuhlbarg, “Fargo” had that unique but very real problem of juggling an ensemble of actors who were each carrying their own shows within their respective plot lines. Gloria Burgle’s pursuit, the existential quandary of loyalty from Sy, and the classic, biblical blood feud between the two Stussy brothers all seemed like they were vying for supremacy in a show that tried to have it every way.

With all that impressive output in front of the camera, the various adventures that these characters went on seemed too stylistically disparate to be part of a focused season of television. Take Episode 8, “Who Rules the Land of Denial?” as an example. It’s a striking hour of TV, but one that owed its visual and philosophical approach to some of the other biggest TV shows on air right now. Nikki’s kitten-filled encounter in the bowling alley dipped into “Twin Peaks” territory, complete with Ray Wise’s presence. The bloody escape from the prison bus into the woods was practically a dimly lit “Game of Thrones” set-piece, complete with a surprise garroting. These scenes came in the wake of the overtly Don Hertzfeldt-ian animation sequence from Episode 3 and presaged a “Leftovers”-adjacent piano theme at the end of Episode 9 that would probably make Max Richter do a double take. “Fargo” has always worn its influences on it sleeve, often with an accompanying wink and nod. This season felt like the first time some of the most gorgeous images on TV were in service of a faithful recreation of what’s worked elsewhere, rather than a visionary reinterpretation.

A series that had previously managed to bring together a nuanced look at opposing forces of good and evil managed to play this season fairly straight. By Thewlis’ own admission, V.M. Varga is a character completely without any redeeming qualities. He’s an out-and-out villain from frame one, drab business attire and all. The closest that he comes to any kind of sympathy is his sniveling, tiptoeing towards the elevator after he’s found out he’s under attack in the season finale.

Varga’s two defining characteristics — his rotting teeth and propensity to vomit up his nervous binge eating — were far more literal manifestations of the evil rotting him from inside and out than the show ever burdened its predecessors with. Lorne Malvo and Mike Milligan, previous “Fargo” heavies, were more than just sophisticated bad guys. Their calm demeanor, without much affectation, hinted at the insidious nature of human corruptibility. By placing all its narrative weight on a character who showed so much outward, borderline-cartoonish villainy, Season 3 robbed its central conflict of comparable substance.

And as far as the victim of Varga’s plotting, Emmit Stussy never really moved beyond being a hapless victim, closer to the bumbling cycle of unfortunate circumstances of Jerry Lundegaard from the “Fargo” film than the poisonous, bitter edge that Martin Freeman added to Lester Nygaard. As a result, Ewan McGregor’s double casting never really had the opportunity to move beyond a half-baked treatise on the nature of free will.

One of the reasons “Fargo” succeeded in creating something all its own in preceding installments is that it guided its ambiguities towards a greater purpose. Season 3’s many allegories and literary allusions left little room for interpretation or subversion. Whether listening to Billy Bob Thornton explain the opening of “Peter and the Wolf,” Varga explain Lenin’s appreciation Beethoven, or a series of animated characters float through the Stussy-authored sci-fi universe, each of these came with a blatant, explicit connection to the characters we saw on the screen. In previous seasons, those conclusions would be left to the audience to draw. The conversation between Gloria and Winnie in Season 3’s penultimate episode also helped to underline this idea. A mystery that our own Ben Travers pointed out fairly early on — Gloria’s invisibility to technology — was made more intriguing by the explanatory distance the show took from it. But in baring her soul to Winnie, there was Gloria expressing all of those concerns out loud in convenient, metaphorical detail. The old “Fargo” would have had her merely stare down the bathroom sink sensor before finally realizing that her circumstances had changed, taking out any references to it in the conversation that came before.

As one final parting confirmation, the show delivered its Season 3 version of a time jump; a transformation that seemed so radical in Season 1 but here seems like a tacked-on afterthought. That audience handholding became even more literal when, without leaving the audience to fill in the blanks, it put the aftermath of the Stussy fortune in direct on-screen text. You could argue that this is a playful, twisted diversion meant to make Emmit’s kitchen assassination all the more shocking. But instead it seemed like a final emphatic exclamation point on the season’s special brand of reinforced cynicism.

All told, this season of “Fargo” was far from without merit. As much as Sy was hamstrung for most of the season, Stuhlbarg still proved that he’s one of the greatest working actors and a worthy addition to the series’ roster of Coen Brothers alumni. The Ray Stussy apartment ambush sequence is one of the best-directed scenes of the year. And the finale’s Mexican standoff was delivered in such a simple and unadorned way that made its consequences all the more tragic.

But even in the artistry of showing the two bodies fall from far away, Nikki’s character farewell underlined how much this version of “Fargo” reveled in making each new development as definitive as possible. A bullet hole to the forehead leaves little room for doubt. “Fargo” is still one of TVs most visceral crime shows, but one thing it didn’t borrow from its fellow 2017 TV shows was to let the mystery be.

This Article is related to: Television and tagged Fargo, FX