The "Fargo" creator discussed the many mysterious Season 3 connections to previous seasons, the Coen Brothers' films, and Carrie Coon. 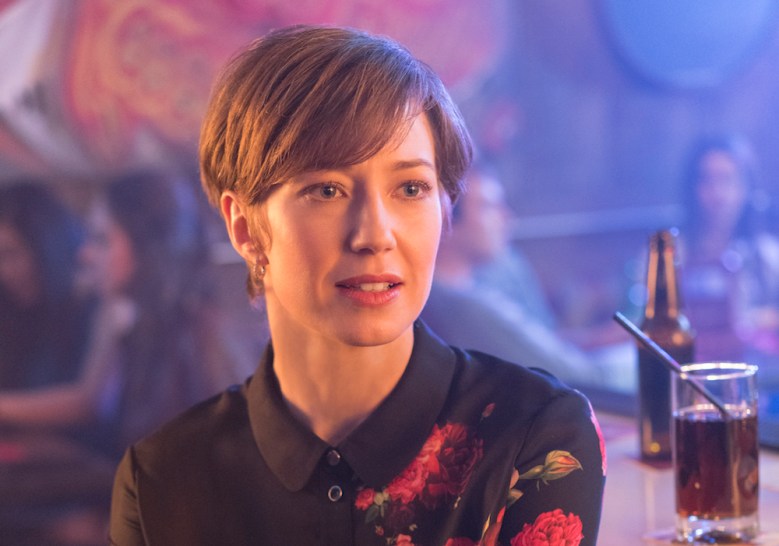 The third season of “Fargo” has seen its fair share of strange connections. Some have been carefully orchestrated, others happy accidents, and still more entirely inexplicable. So when Noah Hawley joined director John Cameron and cast members Michael Stuhlbarg and Mary McDonnell for a post-screening panel session at the ATX TV Festival, the man who improbably built an award-winning TV series out of an untouchable Oscar-winning film was ready to identify his intentions.

Below, we’ve outlined the various connective tissue between scenes, characters, and themes of Season 3 with what Hawley said inspired them.

READ MORE: ‘Fargo’ Review: A Brutal Episode 8 Brings a Character Back From the Dead for Two Very Different Goodbyes

[Editor’s Note: The following article contains spoilers for “Fargo” Season 3, up to and including Episode 8.] First up, the return of Mr. Wrench.

The deaf hitman introduced in Season 1 made a surprising return at the end of Episode 6 in Season 3. Sitting next to Mary Elizabeth Winstead’s Nikki Swango on a prisoner transport bus, the two made a daring escape in Episode 7 and are now (presumably) working together.

“This year I didn’t really see any other connection that would be possible,” Hawley said. “He’s such a great character, and Russell Harvard is such a great component of the show.”

The creator noted how his life in Austin served as a steady reminder of the character, as well.

“If you live in Austin, then you know we have a huge school for the deaf here,” Hawley said. “The idea originally came from wandering around this neighborhood and seeing sign language on a daily basis. It’s such a visual way of speaking.”

READ MORE: ‘Fargo’: David Thewlis on the Details and Delight of Playing a Bad Guy Who’s ‘Out and Out Foul’ But even more important to Hawley was maintaining what he called the “female identity” of the Coen Brothers’ original film. At this point in the season, the three main protagonists — and the only three characters we’re actively rooting for — are women: Gloria Burgle (Carrie Coon), Winnie Lopez (Olivia Sandoval), and Nikki Swango (Mary Elizabeth Winstead).

“And don’t forget the Widow Goldfarb,” Hawley said, nodding to McDonnell, sitting nearby.

“If you think about the ‘Fargo’ movie, it has a female identity to it,” Hawley said. “It’s as much Frances McDormand’s movie as it was [anyone else]. It was important to me to keep that female identity.”

READ MORE: Why Do Machines Hate Carrie Coon on ‘Fargo’ and ‘The Leftovers’?

Hawley said he felt like he fulfilled that duty in previous seasons with Allison Tolman’s police officer in Season 1 and characters played by Kirsten Dunst, Jean Smart, and Rachel Keller in Season 2.

“It became an embarrassment of riches,” he said. “Here [in Season 3], knowing I had two female detectives, I didn’t want to give up on expanding that female identity, and along came Mary.” One of the most peculiar talking points of the season has been Ray Wise’s permanent barroom dweller, Paul Marrane. First introduced in Episode 3 as a sympathetic ear for Gloria Burgle, as she became frustrated with her investigation in Los Angeles, Marrane returned to lend extravagant assistance to Nikki.

The scenes felt ethereal, especially the most recent one, when Marrane spoke of being “weighed and judged” while holding an adorable kitten who maybe, just maybe, was the reincarnated spirit of Ray (Ewan McGregor).

Both times Marrane was in a bar, but the second time he was in the bar of a bowling alley.

Hawley, noting that he always thinks about specific influences at the start of each season, said, “There was a certain amount of ‘Lebowski’ because the bridge and bowling have a lot in common in terms of their outdated-ness and representation of a part of America.”

“There’s no logic or math to it,” he said of the scene, but noted how the season is dealing with justice and what justice looks like when no one can agree on the facts.

“I was interested in a sense of cosmic justice,” Hawley said. “At some point, everyone’s going to have to face that bowling alley in the sky.”

But the “Lebowski” influences don’t end with Marrane.

“Then we had Scoot [McNairy’s] character, who was like a really homicidal version of The Dude,” he said. “I knew that it would feel familiar to people on some level, but I also knew he was going to kill somebody. So it’s The Dude and then it’s really not The Dude.”

And now Paul Marrane is judging The Dude who’s not really The Dude in some big bowling alley in the sky. Finally, much has been made about the connection between Carrie Coon and the two top-tier dramas she stars in: In both “Fargo” and “The Leftovers,” Coon’s characters have struggled mightily with technology.

Though Hawley hasn’t found the time to watch “The Leftovers” finale — he’s a bit busy — he did comment on the similarity.

“It’s a testament to Carrie’s professionalism that I had no idea there was a connection to her character on ‘The Leftovers,'” Hawley said. (It’s been confirmed in the past that Coon didn’t tell Hawley about the shared character trait when she started “Fargo” right after completing “The Leftovers.”)

“It must be something about Carrie,” he said. “It’s a happy accident.”

In the penultimate episode of Season 3, which was screened for the crowd prior to the panel, Gloria’s tech issues come up again, and Hawley noted as much in the panel.

He’ll know as soon as he makes the time, and we’ll all know about “Fargo” soon enough. Episode 9 airs Wednesday at 10 p.m. on FX, and the Season 3 finale debuts June 21.