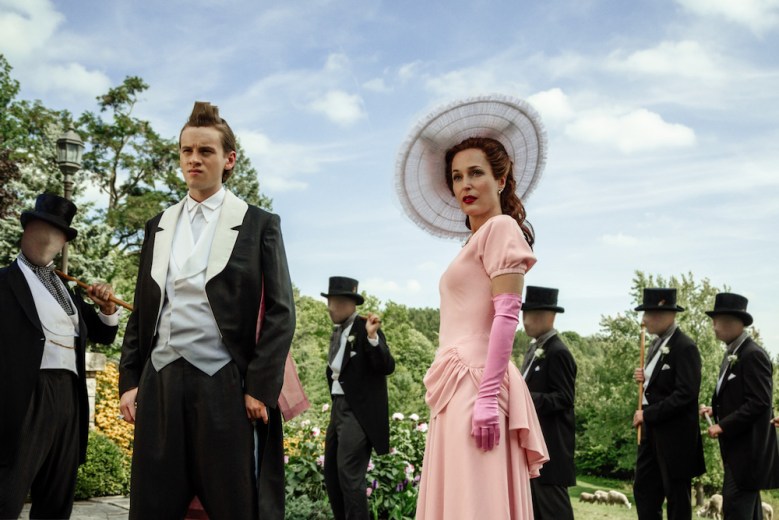 Starz has announced their For Your Consideration category slate for “American Gods,” bringing some order to a significantly stuffed ensemble.

The network confirmed what we’d already suspected: Gillian Anderson’s role as Media will officially be submitted in the Guest Actress in a drama category.

Jumping into the Supporting Actress fray this year would have meant going up against some other formidable first-year opponents. With Chrissy Metz and Thandie Newton getting their first shot at a nomination on extremely popular shows, Anderson might have a better shot in a more open field, her impeccable Lucille Ball and David Bowie impressions aside.

As for the rest of the cast, Starz will submit both Ian McShane and Ricky Whittle in the Lead Actor category. The two have shared plenty of screen time so far in Season 1, but Whittle’s role as Shadow Moon, the primary focus of Neil Gaiman’s original novel, did give the show the opportunity to campaign them separately.

READ MORE: Orlando Jones: The Trickster God of ‘American Gods’ on Worshipping Pop Culture, His Conflicted Take on Bill Cosby, and Why Mulder and Scully Should Bang

Orlando Jones, whose fiery entrance as Mr. Nancy in the show’s second episode made quite an impression, will be eligible on the Guest Actor side. As with Anderson, he slides under the 50% of episodes threshold, but could have easily held his own in the Supporting category if Starz had opted for that route.

Instead, Pablo Schreiber and Crispin Glover round out “American Gods” potential nominees in Best Supporting Actor, while Yetide Badaki’s human-absorbing Bilquis will be put forth for Supporting Actress. Anderson’s fellow cast members up for Guest Actress include Cloris Leachman and Kristen Chenoweth.