Neil Gaiman and the showrunners behind the Starz drama offer insight into having the modern legend portray Lucy, Marilyn, Bowie and more. 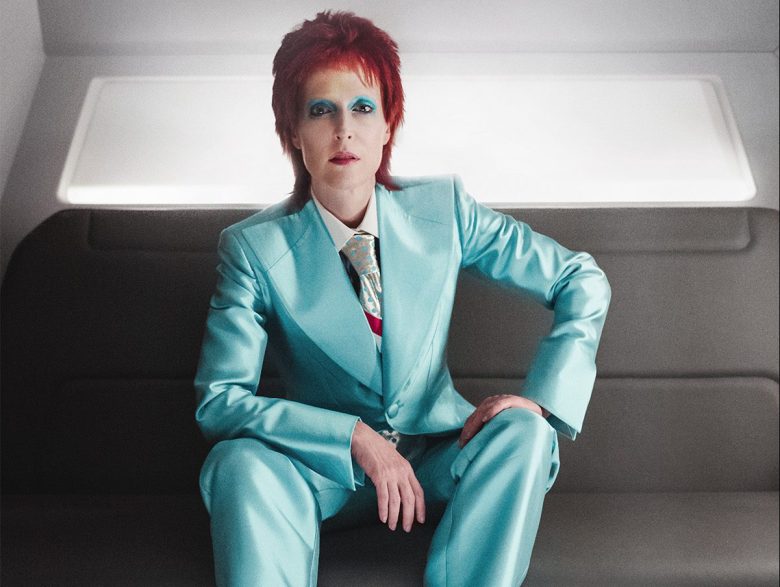 The first season of “American Gods” featured many highlights, including the captivating work of Ian McShane, some groundbreaking nudity and sexual content, and a fascinating breakout episode that brought unexpected depth to one of the show’s most complicated characters. But Gillian Anderson, with maybe 30 minutes of screen time total, may be the ultimate highlight.

Playing the “new god” Media, Anderson appears in several forms over the course of the season, all extremely recognizable to fans of pop culture. In depicting Lucy Ricardo, David Bowie, Marilyn Monroe and Judy Garland, the veteran TV star demonstrated a spectrum of ability which people only familiar with her more serious drama work might not have anticipated.

“We forget how good she is because she plays characters who are a bit like her,” author Neil Gaiman told IndieWire. “And somebody that good — somebody that brilliant – it’s so amazing.”

Green and fellow executive producer Bryan Fuller knew early on in the development process that they wanted to involve Anderson in the series — Fuller having previously worked with her on “Hannibal.”

“The crazy shit that that woman had to say on ‘Hannibal’ and make sound remotely plausible,” Fuller said, “was a testament to the unpredictable places that Gillian Anderson will always take you.”

“Media seemed like the best fit because it allowed her to come in when she could and still be an impactful member of the cast,” he added. “And seeing her, a pop culture icon, taking the shape of other pop culture icons was a treat for us.”

The selection of those pop culture icons was a collaborative effort, aided and abetted by coincidence. “We were knew we were going to start Media’s presentation in the show with Lucy Ricardo,” Green said. “And Bryan pulled up these wonderful pictures Anderson had done a few years ago, where she is dressed as Lucille Ball. That was it, we couldn’t see anyone else doing it. And then it was really a question of what the other versions of the character would be.”

At least one of those identities came directly from Anderson herself: “Marilyn was Gillian’s suggestion, and [Judy Garland] came out of a conversation with Gillian, where we were talking about who would be an appropriate person for Media to manifest at Easter’s mansion,” Fuller said.

As specific as it was, Judy (as seen in the classic 1948 film “Easter Parade”) wasn’t their first idea. According to Fuller, “we briefly debated Prince.”

READ MORE: Emmys: Gillian Anderson to Campaign for Guest Actress as ‘American Gods’ Sets the Rest of Its Category Slate

While the use of these classic icons is one of the series’ most memorable aspects, Anderson’s varied appearances have been kept relatively under wraps beyond social media, due to the complicated issues of clearances. Likeness rights are often held under the tight control of these celebrities’ estates.

“We are legally obligated not to present [Media] on a poster,” Fuller explained. “There is some gray area in using the personas that she inhabits for anything that could be conceived as promotional, and the legal team at our studio is being very conservative as to not wanting to piss anybody off.” And Green noted that “we want to honor the people we have chosen to represent Media. Our loose thinking for ourselves was we wanted people who had contributed something positive to the media landscape, someone who has enhanced culture.”

What makes Anderson’s work so exciting over the course of the season is how nimbly she embodied each of these identities — while never losing sight of the fact that Media, as one of the new gods, might be considered one of the show’s chief villains. Her performance in Episode 5 as Marilyn Monroe, especially, somehow made the legendary sexpot a terrifying figure.

“I think people will see sides to Gillian that they had never imagined,” Gaiman said about Season 1. We can only imagine what Season 2 has in store.